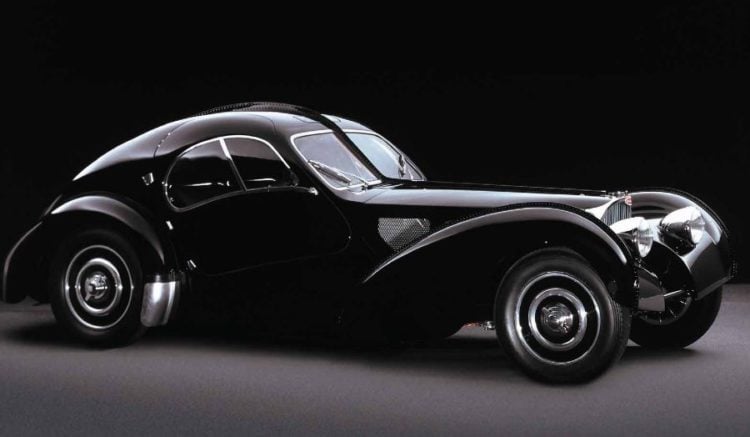 Bugatti had an interesting start and for a while, it had appeared that their line of uniquely designed sports cars was at its end. Today, however, their legacy continues, and anyone who is familiar with this famous automaker, knows that their cars are just as brilliant as they were back in the thirties when the legacy began. Bugatti has built a long line-up of sports cars through the years, but only some are so memorable they really stand above the rest, and we have found ten of them.

Here are the top ten Bugatti sports car models of all time. 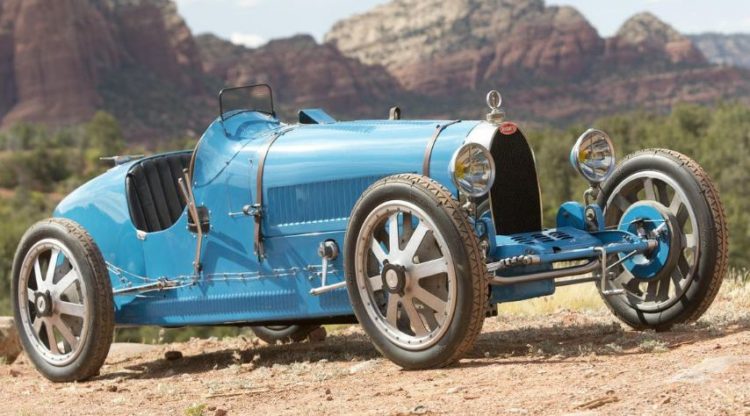 In Bugatti’s racing models, the Type 35 surpassed all others. It was built between 1924 and 1930 with only 96 ever leaving the factory. It was their most successful racecar and won over 1,000 races, including the Grand Prix Championship in 1926. Its look was unique with an arch-shaped radiator and was the first to use an engine that was the evolution of the three-valve 2.0 L, overhead cam straight-eight engine. The crankshaft also sported an unusual ball bearing system – 5 main bearings, that gave more power to the car, allowing the engine rev to climb to 6,000 rpm’s and 90 hp (67 kW). This is one of Bugatti’s most iconic automobiles and by far, one of the most sought after for collectors. 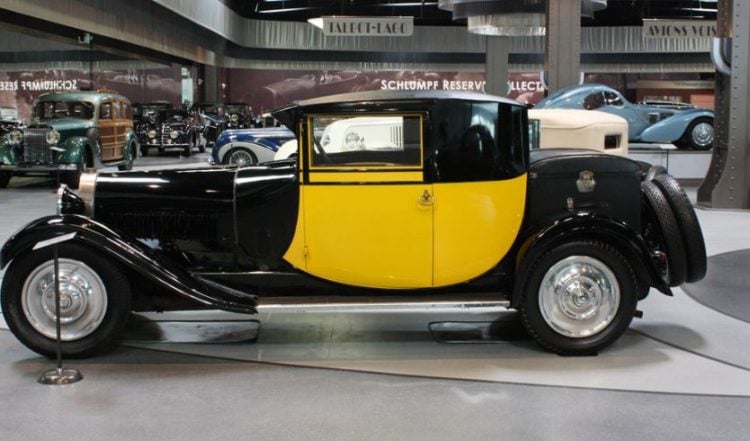 There were more Type 44 models built by Bugatti than any of their other models. It was the company’s first tour car ever made. The Type 44 was designed using two-cast-iron four-cylinder blocks and a single overhead camshaft which was responsible for supplying all of its power by way of a four-speed manual gearbox and on to the rear wheels for speed and precision, reaching a top speed of 85 mph. The chassis gave the vehicle exceptionally smooth rides and it boasts of all the luxuries and comforts of that time. It was a popular car that sold well with a total number of 1095 being built during 1921-1930. Built from 1931-1933, only 55 Type 50 models were manufactured from 1930-1934. It was built for the purpose daily road driving with a choice of two wheelbases along with several beautiful body styles. It was built using a scaled-down Type 46 Royale chassis and sported a gearbox that is in the unit along with the rear axle. There was a new and large twincam and a powerful, first-ever used in a Bugatti model, a DOHC engine that had the potential of producing 225 hp. There were different body styles, so depending on which body style you were in, it could reach a speed of 105 mph and go from 0-60 in 8 seconds, which was extremely impressive in the 1930’s. 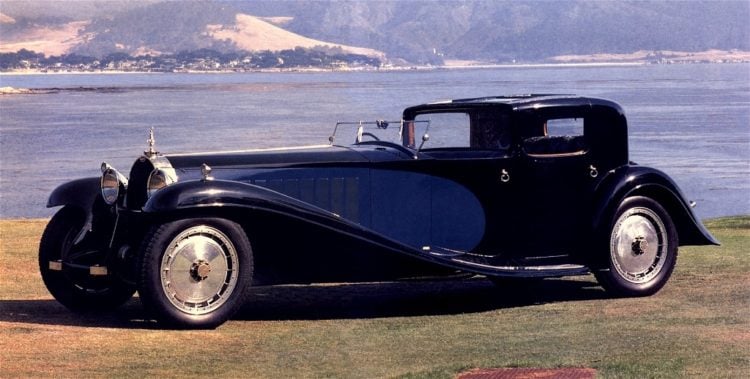 The Royale, also known as Type 41, was in production during 1927-1933. It’s a large, luxury car that was built with the plans of building 25 and selling them to Royalty. However, Royalty weren’t even buying expensive luxuries during the depression, which lead to only building 6 of these models and selling just 3. It was a huge car, one that was meant to be seen in, and being so large, this meant the engine was huge, too. It displaced of 12-liters and weighed 750 lbs. The two-piece crankshaft weighed 220 lbs and the straight-eight engine allowed for 200 hp at 1,700-2,000 rpms. This powerful engine allowed the car to reach 100 mph. This 1936 model, 57 SC Atlantic is a very unusual looking car with its teardrop body-style, and is very expensive. It depicts a low profile that hugs the road, has an extremely powerful engine, yet is a very lightweight construction car. It was set to be constructed of a type of Alloy that is highly flammable and would not be able be welded, but by the time they began production, Aluminum was chosen as the metal for the body. The car was built with a specially lowered, Type 575 chassis and smaller V-shaped radiator. It is probably the first Supercar to ever be made, with its top speed of 175 mph. 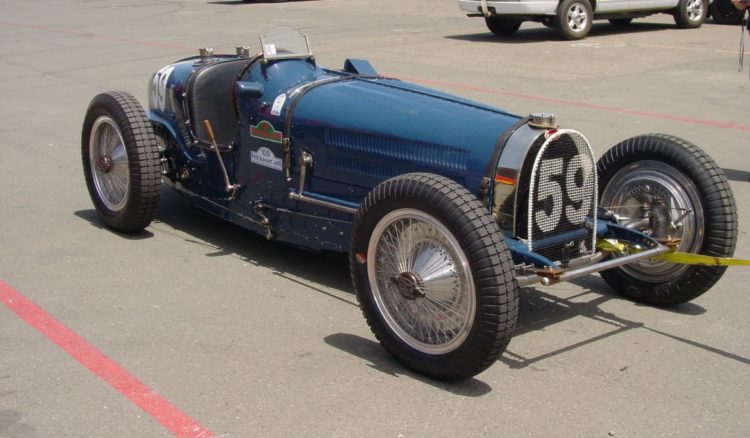 The Type 59 was a revival of the Bugatti Grand Prix race cars. Very few of this model were made with approximately 6 or 7 built during 1933-1936. They were built with an eight-cylinder, 3.3-liter engine, four-speed manual gearbox and could produce 250 hp. The car was designed with a low-lying engine to improve the car’s center of gravity. Because the cars did not wholly have the desired reliability to perform on the track as well as they were expensive to maintain, the car was hard to sell and Bugatti only managed to see a few of the Type 59 to a few British Privateers. This is a car that has been deemed the most intense production road car in the world. It is the fastest car to 60 as well as it is known to be the fastest, dominating the track even with it’s higher weight. It is considered a major technical achievement for Bugatti, giving this amazing car 1,001 hp which was accomplished by joining two V8 engines at the crank during its construction. It also transfers 8.0-liters and is equipped with ten radiators to handle everything from the AC to the engine cooling system. The top speed for the Veyron is 253 mph, which the car is able to hold for a full 12 minutes before it burns through all the fuel. This is one expensive automobile. The Veyron 16.4 Coupe model will only set you back a cool $1.3 million. 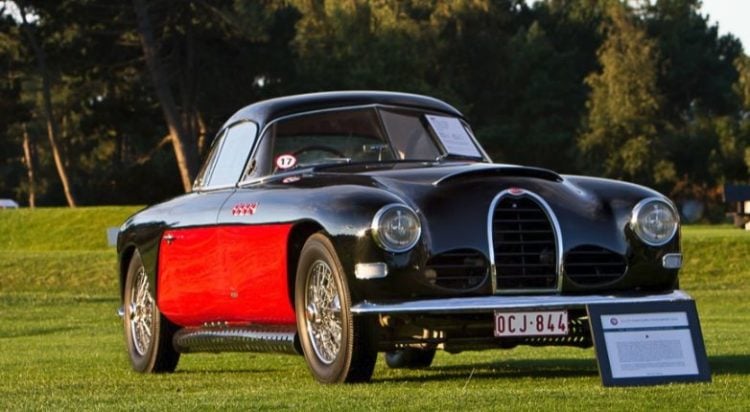 This is a brilliant little car that looks every bit Bugatti from front end to rear and top to bottom. Built in 1951 and produced through 1956, this little Coupe is a rare find, with only 8 types of the model built. As the first car built after WWII in an effort to help revamp production, it was designed to be a luxurious roadster with an engine that delivers 135 hp. The body style used was the same Bugatti had used from the previous half of the century. The Type 101 was constructed with a rear wheel drive and a manual 5-speed gear box, and powered by the 3.3 L straight-8 used in the Type 57. Bugatti’s final rebirth after WWII and the death of Ettore and Jean Bugatti, the company tried to rejuvenate Bugatti’s auto production with the Type 251. It was powered by a new 2.5 L straight-8 engine, which was mounted transversely, a rare feat, right behind the driver. It was an oversquare engine that was installed, with a 76mm bore and 68.5 stroke. The company entered the Type 251 in the 1956 French Grand Prix where they discovered that the car just wasn’t a competitive car like many other Bugatti’s had been before. So after 18 laps, the Bugatti Type 251 was pulled from the race and retired. The Bugatti EB 110 is a Bugatti, with an Italian twist. It is constructed of aluminum and carbon fibre and features a six-speed manual transmission that easily shifts gears under higher stress. It also features a double wish suspension and coil springs, a 3.5 L quad-turbo V-12 engine with 60 valves and delivers a power of 524 bhp at 8000 rpm’s. The EB 110 has been clocked reaching 62 mph in just 4.5 seconds with can reach a max speed of around 213. This car is the ultimate Bugatti sports car; low to the ground and aggressive in design and is one of Bugatti’s top models of all time. If you love the Bugatti EB 110 and interested in purchasing one, it will only set you back about $350,000.

Ettore Bugatti was born in Italy and was the founder of Bugatti, a French car manufacturer that began its production in 1909, in what used to be, a German city called Molsheim, Alsace. His auto designs were beautiful; art-like. He considered himself to be both artistic as well as a constructor and owes his artistry to the fact that he hailed from a family of artists. Bugatti had one son, Jean Bugatti, who immediately dove into the business of sports cars and worked right alongside his father in constructing amazing race cars that earned them multiple victories in many races. Some of the famous winning Bugatti race cars include the Type 35 Grand Prix cars, the Type 57 “Atlantic”, the Type 41 “Royale”, and the Type 55 sports cars.

Jean Bugatti died suddenly at the age of 30 in a car accident. While driving a sports car that he had designed, Jean lost control of his car and hit a tree. When Jean died, Bugatti lost one of their biggest designers and left him with no inheritors or successors. But Ettore forged ahead trying his best to run the factory. Unfortunately only 8,000 cars were made until he died in 1947. One last model was released in the 1950’s before Bugatti sold the part of the business that constructed airplane parts in 1960’s. In the 1990’s, an Italian entrepreneur took hold of Bugatti auto and jump-started the company, turning its focus on constructing limited production, exclusive sports cars. Fast forward to this era and Bugatti is now owned by the German auto company, Volkswagen and it is still a name that stands above the rest in luxurious, high performance sports cars.