In 1992, after a decade of successfully manufacturing their Cherokee model, Jeep decided to take the game to the next level by introducing another model in the SUV market – the Grand Cherokee. Ideally, this was meant to compete against the just released Ford Explorer now charming its way into the SUV consumer market, which was bigger and more luxurious than the regular Cherokee. The Grand Cherokee combined Jeep’s legendary off-road capability with a more spacious interior and a seamless highway ride. It came in 3 trim levels: base, Limited, and Laredo – all boasting two particular features not available in any of the vehicles in their class – four wheel anti-lock brakes and a driver’s side airbag. Some of the notable features in the base models included a five-speed manual gearbox, cloth interior, and full instruments.

The Laredo, on the other hand, came with cruise control, power mirrors, fancier seats, and body cladding. Finally, the state-of-the-art Limited models consisted of an upgraded sound system, four-speed automatic transmission, A/C, and leather seating. Now, a little over two decades later, Jeep has released their 2017 Jeep Grand Cherokee model. By comparison, it is obvious that a lot has happened since the line’s inception. But by how much? Read on to find out as we take you through the top five Jeep Grand Cherokee models of all time. 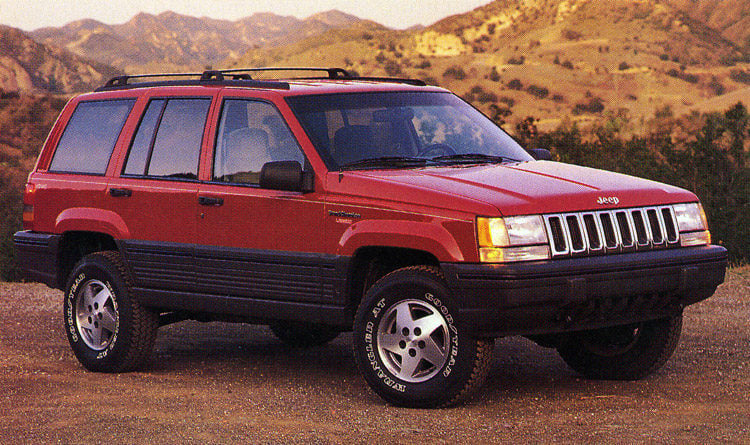 When the 1993 Jeep Grand Cherokee was unveiled in the Spring of 1992, it signaled the dawn of a new lineup that is still admired more than two decades later. It was almost the same size as the popular Jeep Cherokee, only more luxurious. It came with a 4-liter engine rated at 190hp and 225 pound feet of torque, which was mated to a four speed automatic transmission. It also offered full 4X4 capabilities, as well as an Up Country suspension option with higher capacity deflected disc shock absorbers and higher coil spring rates. Virtually everything about the car was new, including the factory. Later, the car was given a stronger 318 V8 engine generating 220hp and 285 pound-feet and paired to a heavier four-speed automatic. This pioneer Jeep Grand Cherokee is the most successful in the brand to date, recording over 480,000 sales. 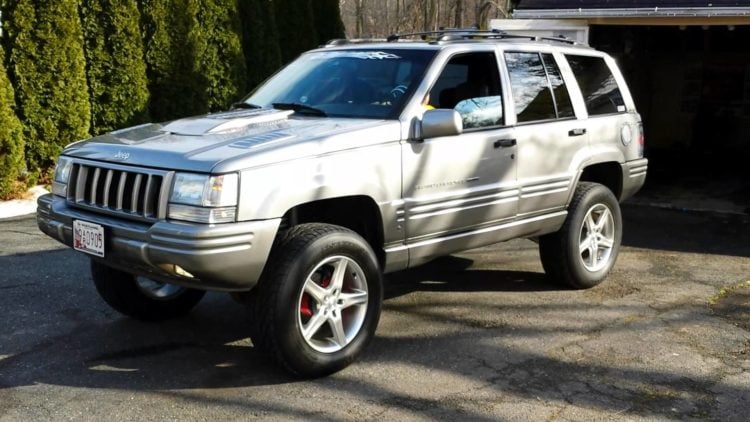 The 1998 Grand Cherokee 5.9L was unique. It was limited to just about 14,000 copies, representing approximately 1 percent of all ZJs ever produced. The Jeep was advertised as the fastest sport utility vehicle in the world, verified by third party testing. It featured dramatic improvements from its predecessors, including a 5.9-liter OHV V8 engine generating 245hp, functional heat-extracting hood louvers, heavy-duty 46RE automatic transmission, , special rocker moldings, unique grille with mesh inserts, special 16-inch Ultra-Star wheels, a low-profile roof rack, and low restriction exhaust with 3” chrome tip.

The 5.9 Limited also benefited from a two-speed electric cooling fan and a 150 amp alternator. Additional features included a standard sunroof, rear roof mounted sound bar, as well as faux wood trim and unique soft leather in the interior. For this, the 5.9L Limited received the “4X4 of the Year” award by Petersen’s 4- Wheel & Off-Road magazine in 1998. 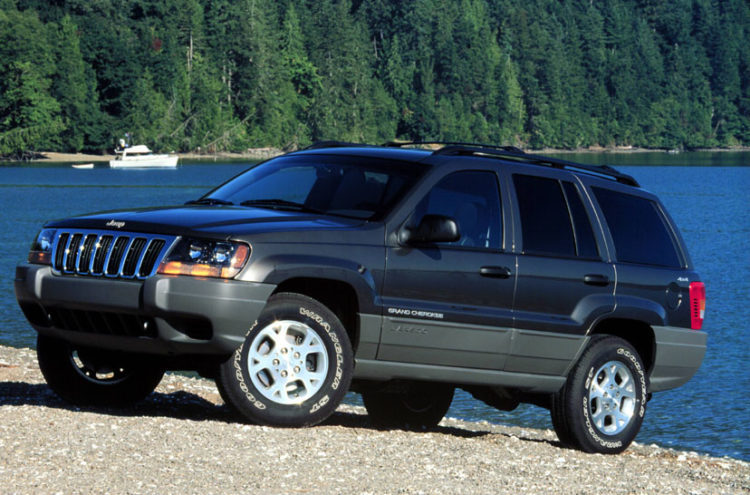 After the tremendous success of the 1998 Grand Cherokee, Jeep decided to diversify with the 1999 model. Messing with a winning formula was quite tricky. The Jeep received a complete makeover from just 127 remains of the 1998 edition, making it the first major redesign of the Jeep Grand Cherokee since its debut in Note that Jeep had a lot more to lose than gain by modifying the Grand Cherokee, considering that the ’98 model was making a jaw dropping 20,000 sales a month. In many ways, this new change would ultimately determine the future of the new generation Grand Cherokee.

The body maintained the characteristic styling cues from the previous models, including the lower body lines, trapezoidal wheel arches, and 7-piece vertical grille, and then incorporated a more pronounced wedge shape to give it a decidedly modern appearance. The front grille was inclined slightly while the upper windshield was blended into the roof, allowing for more headroom and better visual and aerodynamic flow. Additional modern features included louvered taillights and rounded rear corners. Virtually every aspect of the interior dimensions was increased by 2 to 8 inches to give the car a roomier feel. But perhaps the biggest change was moving the spare tire to the cargo area, under a panel, making it easier to retrieve during an off-track tour. 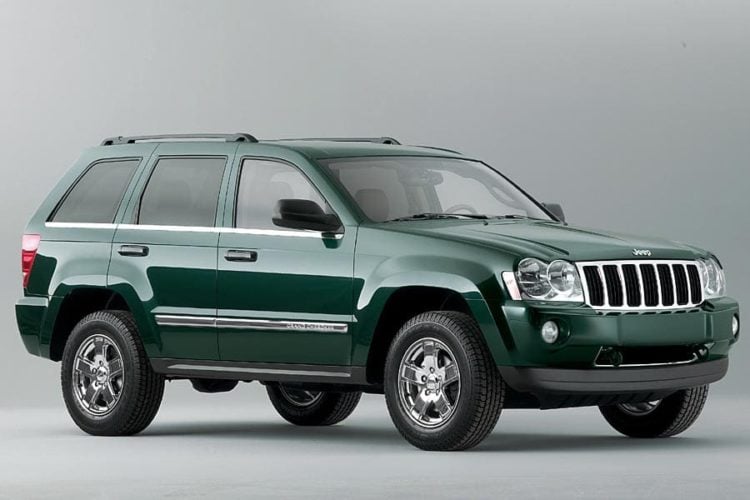 The 2005 Grand Cherokee signified the dawn of a new phase in the legendary lineup. It was launched at the New York International Auto Show in 2004 and came with features never seen before in a Jeep. These included an optional 5.7-liter Hemi V8, rear seat DVD player, and the Quadra-Drive II four-wheel drive. The 4.0-liter Straight-6 from its predecessor was replaced by a 3.7-liter V6 engine. The design still emphasized power and luxury, but there were significant changes to improve the vibration, noise, and harshness. For the first time, Jeep had modified the Grand Cherokee to perform as excellently on-road as it did off-road. The familiar shape was retained from the previous model. This combination plus better road performance and a handful of new engines went a long way towards broadening its appeal. Of the four engines offered, the 3-liter diesel proved to be more popular as it achieved a more acceptable balance between fuel economy and performance. 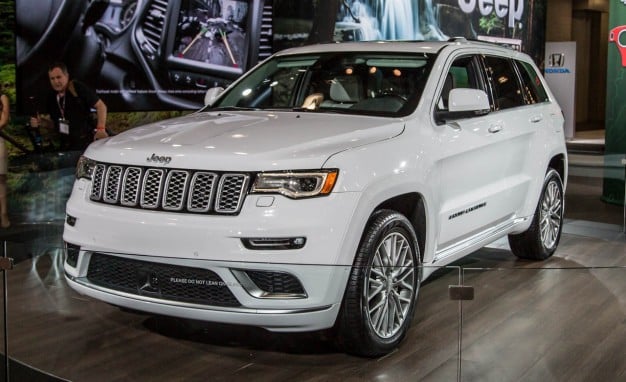 Of course, this list would not be complete without the brilliant 2017 Jeep Grand Cherokee. For this model, Jeep incorporated an 8-speed automatic transmission and made further improvements to the appearance, including the rear tailgate, grille, and lights. The old Jeep chassis was also scrapped off and replaced by a 2012 Mercedes M-Class platform. The engine was developed by Fiat (the major shareholder in Jeep’s parent – Chrysler) and built by VM Motori. Trim levels include the entry level Limited Plus, Summit, and Overland. Entry level Limited Plus models feature heated seats, leather upholstery, electrically adjustable front seats, a reversing camera, power folding door mirrors, and Fiat’s 8.4-inch Uconnect touchscreen infotainment system complete with sat nav., Bluetooth, and DAB radio.