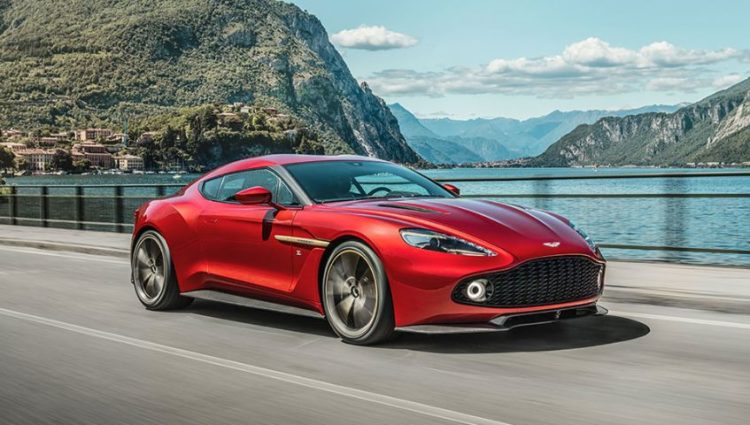 A British automobile manufacturer that specializes in grand tourers and luxury sports vehicles, Aston Martin Lagonda Limited is one of the top brands that has made and maintained its name and position in the market. Since 1913 when it was founded, it has been producing top-of-the-range models that get car enthusiasts drooling. It exceptionally blends in beauty, craft, technology, luxury, art, and a lot more to manufacture automobiles that are also known as British cultural icon.

It boasts of more than 150 dealerships on six continents in over 50 countries making them an authentic global automobile brand. In addition to its “normal” models, new ones always better than the previous, Aston Martin once in a while produces limited versions. They only manufacture specific numbers of these cars, and just the lucky few get the opportunity to get their hands on them.

Here is a list of our picks for the top five special edition Aston Martin Models Ever.

It is the latest Speedster in the four editions model that the company wants to make. There will only be 28 models of the stunning new special edition of the Zagato line. Reports indicate that it will cost around £500,000. However, even though you could afford the car, owning it is not possible as there are reports that it is already sold out. It features Zagato suspension set up and sources its power from V12 6.9 liter engine 592bhp. The body of the two-seater cabin is made from carbon fiber and has blade taillights. It also has two-speed bumps in the rear. There will also be the ones with V12 engines where only 99 examples will be available to the market, and they already have buyers.

The one-77 is Aston Martin’s latest innovative creation. It is a fantastic vehicle that introduces a hand-crafted aluminum body with sophisticated carbon-fiber. The model has a remarkable 7.3-litre V12 engine. It is extremely limited because the firm only has plans to manufacture 77 cars of its kind. The one of a kind vehicle uses DB9 Six-speed automated manual transmission as well as height-adjustable pushrod suspension. Top speed is at 354 km/h (220 mph). The model already has several awards to its name including:

The British Company said that it would be producing the limited version as a grand finale to the Vanquish model. Only 127 vehicles will be available for sale each at £210,000. Aston has packed the models spec lists with three designer themes allowing interested persons to pick the one they like best from paintwork to unique interiors.

No expense got in the way while coming up with its exterior carbon fiber featuring black leather in the interiors not forgetting tan. If black does not impress, one can go for a grey exterior that has blue graphics twinned with yellow and grey leather interiors. The final option is paint job available in white gold with tan interior and bronze graphics. It features eight-speed V12 6.0-litre engine at 595 bhp. Carbon ceramic brakes and an automatic gearbox help drivers to stop at lights.

The Dragon88 Limited Edition was unveiled at a Beijing auto show in 2012. It was part of the celebratory year of the Dragon package. Only 88 cars are available, and each of them will have bespoke details adorned with dragons that are synonymous with strength and power in the Chinese culture.

Clients also have a choice in regards to the interior colors where they can pick from deep purple, chancellor red, or spicy red. Gold inlays, dragon embroidered headrests, and piano black trim are the final touches of the Aston that adapt Chinese styles.

It is a car that was made to celebrate the long-standing association with James Bond. It also marks the release of Spectre movie. Each of the limited version features an exclusive specification that shows off unique 007 badging as well as bespoke Bond themed accessories. The model is made to deliver effortless power and timeless grace.

With 540 horsepower, its V12 6.0-litre engine only takes 4.4 seconds to accelerate to 60mph as it reaches a top speed of 183 mph. Interiors are to die for with Obsidian Black fluted lather sports sears that feature Galena Silver stitch. Bespoke start-up screens welcome the driver and the divider in the rear environment has a beautifully stitched iconic 007 logo that will make the owner feel like a superstar.