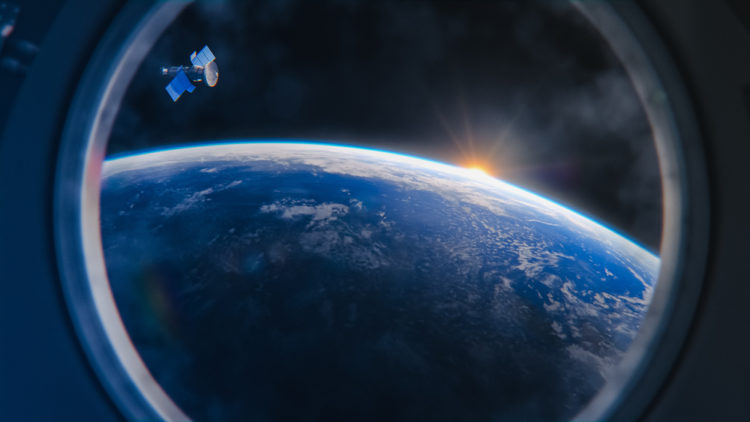 Varda Space Industries is a startup that specializes in creating products for terrestrial applications in space. The Aerospace manufacturing company also specializes in product design. If you’re not yet familiar with this brand new startup, it’s one that we believe merits keeping an eye on as a possible future investment option. Here are 20 things you probably didn’t know about Varda Space Industries.

According to Crunchbase, Varda Space Industries was founded in 2020. The company has not even been in business for a full year, yet it is going strong and thriving. The headquarters are based in the San Francisco Bay area. The company is also known as Varda Space.

Varda Space Industries is a unique manufacturing business that has the goal of designing, developing, and manufacturing products that benefit from low gravity. The products are intended to be used in space. This makes it a forward-looking company that will supply future generations of space explorers with the necessary tools to conduct exploration and other activities that will be outside of the gravity of the earth.

3. Varda Space is on the ground floor of asteroid mining

Another fascinating aspect of Varda Space Industries is that it is one of the forerunners and pioneers in the development of goods that will be used in a futuristic industry. It plans to create an infrastructure that will one day be used to harvest source materials for new products that will be manufactured in space from asteroid mining. Although this is not currently a technology that is used, it’s been years in the making. We’re moving closer to having the ability to land on asteroids and reap the benefits of the raw materials that are contained within them. This makes Varda Space Industries one of the leaders in this type of innovation as we move towards a new stage in the space age.

4. The founders of Varda Space Industries have an impressive history

There are two co-founders of Varda Space Industries. Trae Stephens is a first-time entrepreneur and this is the first company that he has officially launched. He is a partner at Founders Fund with one portfolio company and one exit in his curriculum vitae. Delian Asparouhov is the other partner with two portfolio companies and he has founded two organizations. He is the most experienced in launching a new startup.

5. Varda Space Industries is led by a small executive team

6. Varda Space Industries has a small board of directors

Although Varda Space Industries is a young company that hasn’t been around for long, more people are hearing about it. As news about this space manufacturing business spreads, interest in learning more about them is piquing. Within the last thirty days, there has been a growth of 300.59 percent in the number of monthly visits to the website. An average of 2,665 unique visitors browses through the website. It is ranked as number 2,238,660 of the millions of websites registered on the worldwide web. One-hundred percent of the visitors have been from the United States so far.

There are currently 23 active technologies in use to power the Varda Space Industries website. Some of the technology products that are used include iPhone Mobile Compatible, SPF, Viewport Meta, and several others. This represents an overhead IT cost of tens of thousands of dollars annually, although Varda has not disclosed the precise amount paid for technology and services.

Varda Space Industries has participated in three rounds of venture capital funding so far. The most recent round of Series A funding closed on July 21, 2021, raising a total of $51 million. The startup has attracted the attention and support of twelve investors with Balius Partners and Fifty Years being the most recent investors to join in the effort.

It’s often difficult for new startups to secure funding resources from investors as competition for the funding is high. Remarkably, Varda Space Industries has secured funding agreements from twelve investors within its first year of operation. This suggests that there is high investor confidence in the startup and its ability to become profitable. Other investors include Venture University, VU Venture Partners, Founders Fund, also a lead investor, Khosla Ventures, Caffeinated Capital, Fifty Years, Austin Mateen, Raymond Tonsing, Lux Capital, a lead investor, and JAM Fund. These are the investors that participated in the three rounds of funding from the seed round to the current Series A funding round that just completed.

11. Varda Space Industries is set to begin its manufacturing in space

According to Techcrunch, Varda Space Industries has set a timeline for beginning its space manufacturing operation. The company is a mere eight months old and already it has set the date for the launch of its first manufacturing facility in space. The plan is to begin the operation in 2023. The goal of Varda Space Industries is to deliver advanced products that will be made in zero gravity for sustained periods, to the Earth.

12. Varda Space Industries’s operations are not possible on the Earth

We also learned that the kind of manufacturing that Varda Space Industries is about to embark on is something that cannot be done on the earth. The operation is far different than the kind that Jeff Bezos is trying to establish. Will Bruey and Delian Asparouhov plan to make bioprinted organs as well as pharmaceutical products and fiber optic cables that require different conditions for development than those that are available in the Earth’s gravity. It’s called microgravity manufacturing.

13. Research and development has been in process for years

Although Varda Spae Industry is a new company, the research that has laid the foundation for its manufacturing processes has been under development for years. It’s been discovered that there is a great deal of value in microgravity technology as it allows the creation of products that cannot be made in environments that feature the force of gravity. Until recently, this process has been considered far too expensive to pursue, but things have changed and with the advancements made in technology, commercialization is now possible. The price of going into a space orbit around the Earth and maintaining it was the obstacle that was preventing the commencement of these manufacturing processes, but it has become more feasible in recent years.

Varda Space Industries is currently in the process of building a spacecraft that is made up of three modules. It will consist of an off-the-shelf satellite platform, a center platform where manufacturing will be done, and a re-entry vehicle to transport the products back to the Earth.

Varda has plans to launch its operations and manufacture its products during the first ten launches on its own. The goal during the initial manufacturing phase is to establish the fact that the process it has established is not only cheap but also reliable. Since it’s the first major endeavor of its kind all the world is going to be watching to find out if the venture is going to be as fruitful as Varda Space Industries has predicted.

16. Varda plans to automate the system

Varda Space Industries has taken steps to make each part of the space manufacturing process automated. There are no plans to have humans in the mix when it comes to the creation of these products. This means that spacecraft development does not need to consider human vulnerabilities. This reduces the critical overhead, thus lowers concerns over human safety and lowers the cost of launching the spacecraft into space.

17. Varda Space Industries is ahead of its competitors

Co-founder Asparouhov shared that the space manufacturing plans for Varda Space Industries have a jump over their closest competitors. They’re looking at a launch that will produce materials in space within a timeframe of fewer than eighteen months. Others have planned their strategies for dates that are five to ten years out. Varda has only been in business for eight months which makes this feat even more remarkable. It’s a futuristic manufacturing method that is being brought closer to reality.

Bruey shared that Varda is planning to launch multiple missions when it launches the manufacturing processes in space in the year 2023. This is a part of its strategic plan. They’re designing several reentry capsules that will make the journey from space with products on board, back to the Earth every day. The novel products that are made in space are believed to be valuable enough to make this a profitable venture, despite the costs of launching and maintaining space capsules in orbit. They envision a high demand for the products, but only time will tell.

19. Varda Space Industries is out to make the world a better place

The co-founders of Varda Space Industries believe that the products that are manufactured in space have great potential for improving the lives of people on Earth. They compared this commercial space venture to the recreational trips planned by Jeff Bezos. The greatest difference is that the products that are coming back will not be anything that could be manufactured on Earth. They will be unique, one-of-a-kind, and it is believed that once developed, Varda Space Industries is likely to secure patents and trademarks immediately to retain the legal rights to the intellectual property. Unlike the commercial space exploration flights that cost people hundreds of thousands of dollars, a wider section of the Earth’s population will benefit from the materials that are returned to the earth from the space manufacturing processes. We’re assuming that there is ample evidence to support their claim that the products will provide significant improvements in the quality of life.

20. Varda Space Industries is taking us into a new era

Varda Space Industries is a company to keep your eye on. Its plan to begin manufacturing novel products in space has never before been done on a commercial level. Although they’ve not shared the details about the products, other than a general description, it’s something that has gained our attention, and perhaps has added an element of hope. We’re hoping that at least a few of the novel pharmaceuticals indicated will provide solutions to improving the quality of life for those who are not currently healthy enough to fully enjoy living. We’re all anxiously awaiting the launch of the new commercial space venture and waiting to learn more about the products and their uses. This could be the beginning of a new way of life for the people of Earth. The implications are far-reaching.