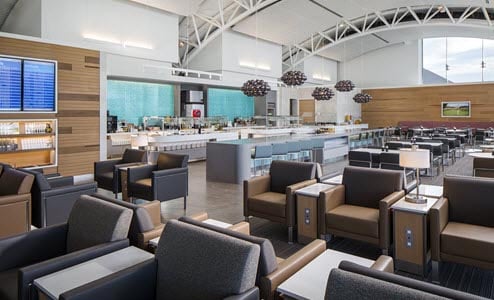 There is a story about a wealthy professional sports team owner whose house and property is so large he takes a helicopter to get him from his front door to the front gate so he can drive to work. Whether this is true or just a story made up by neighbors upset of hearing the sound of a helicopter every morning, it is definitely one of the nicer things about having some extra cash hanging around the house.

Now, American Airlines has created a Five Star Service program that comes close to this experience. While the service will not send a helicopter to your front door (sorry tower dwellers) they will take you from one of their Blade locations to the airport. Blade is a helicopter service that has partnered with American to help you avoid the stress and congestion of airport traffic. All you have to do is get to the designated Blade location in your area (hopefully you’ll have someone else do the driving).

The first thing you need to know is that the Five Star Service is currently limited to New York and Los Angeles, which makes sense for a test run since these are two of the most traffic congested cities in the world. You will have to be departing from either LAX or JFK to take advantage of the service. Depending on what time of day your flight departs, you can turn a one hour plus commute into a 10 minute flight to freedom using the Blade service. And in case you are wondering, yes, there is an app for that.

Blade CEO Rob Wiesenthal calls the experience “seamless” up to and including seating you on the flight. The complete package of services offered differs slightly for each city, but the actual travel experiences are virtually identical. The service can not only take you to the airport, but from the airport to the Blade location nearest to you.

For both New York and Los Angeles, you can sign up for the Five Star Service and get the maximum benefit package for $1600. There are five separate tiers available, but we’ll only cover the highest tier here. Once you get to the Blade location you will be given the helicopter ride to the airport. One important point to note here is that even though the rise will take about 10 minutes, it will not save you if you are late for your flight. So allow the proper amount of time to get to your chopper ride to avoid complications.

Upon arriving at the airport you will enter through an off-terminal entrance by a greeter. You will then go through the security screening process via a private screening service, saving you mountains of time and hassle. It is not for certain you won’t have to take your shoes off, but you will definitely not have a long line in front of you. A personal chaperone will be available to guide you through every step.

Where the Loa Angeles experience is different is The Private Suite access, a new terminal feature that American Airlines says is exclusively for Business Class and First Class travelers, but offering the highest level of privacy, luxury, and convenience.

The official marketing line behind the service is to provide American customers a wide range of choices on how they want to tailor their flight experience from beginning to end. With the Five Star Service it appears American is moving towards a less stressful way to travel for the princely sum of about $1600.

At this point it is clear that only a small number of American Airlines passengers will be able to use the two city experimental program, but upon further consideration it may be that the service will always be restricted to an elite few. For the service to be available and affordable to the average flyer means there could potentially be a traffic jam in the sky, as helicopters circle to get permission to land at the off-terminals locations. Does that sound familiar? There may also be traffic jams on the highways leading to the Blade locations.

For the average passenger it seems to be a waste of money just to save 50 minutes or so getting to your flight. There are likely to be restrictions and terms attached if the service does expand to other major cities and airports. Cities to be considered for expansion would likely be Chicago, Dallas, Miami, and Denver. Sorry, but we have yet to arrive at the Jetsons age.