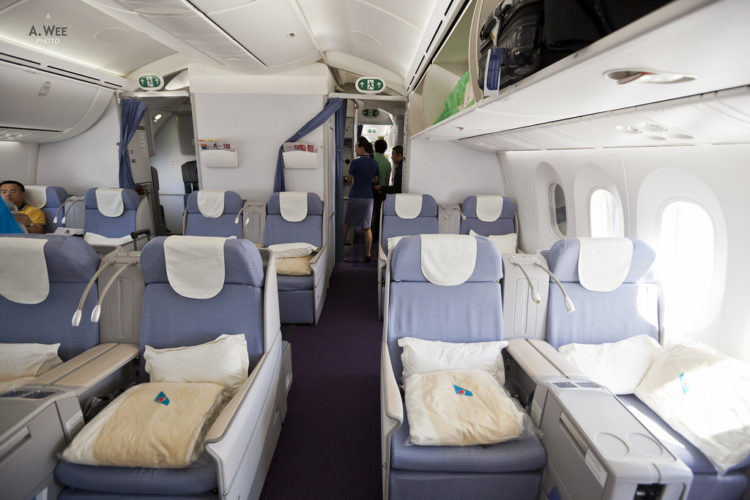 What Can People Expect from China Southern Airlines?

For starters, China Southern Airlines’s Business class is similar to its counterparts from other airlines in that the accommodations on one plane might not be the same as the accommodations on another plane. After all, different planes have different cabins, which in turn, means that they have different seats as well. For example, a Business class seat on an A380 can be folded out into a bed for a mid-flight nap. Moreover, the seats have been laid out in a 1-2-1 pattern, meaning that interested individuals can always count on being situated next to an aisle. On top of this, said seats have a number of features such as power outlets, storage compartments, and privacy dividers to make the experience that much better.

In contrast, the Business class seats on the A330 aren’t quite as good, though they are still comparable. First, they can be folded into beds as well, which is very useful for people who want to be well-rested when they arrive at their destinations. Second, these seats aren’t laid out according to a 1-2-1 pattern, meaning that not all of them come with convenient access to the aisles. However, they still come with a fair amount of leg room, which should come as welcome news for people who want to sprawl a bit when they are on a flight.

Moving on, Business class travel on a China Southern Airlines plane means food. Both eastern and western cuisine options are available. However, they can see a fair amount of variation from date to date as well as fromplace to place, meaning that interested individuals should look up this information on the China Southern Airlines website to see exactly what will be available to them before they order.

With that said, it is interesting to note that China Southern Airlines offers a number of special items that are made based on local cuisine, with examples ranging from handmade noodles in a beef bone broth to the potted rice served with dried meat. Naturally, interested individuals can expect a neat selection of wines and other alcoholic beverages from wine-producing countries situated in both the Old World and the New World. Moreover, there is a selection of teas as well, which might better-suit people who are not particularly interested in drinking alcohol during their travels.

Entertainment-wise, China Southern Airlines offers interested individuals more or less what they would expect. In short, those who want it can access hundreds and hundreds of hours of entertainment in the form of movies, TV shows, and games. Some of this entertainment is international in nature, whereas others are the products of the Chinese entertainment industries. Of course, for people who have brought their own entertainments with them, there are power outlets as well as other features that are meant to help them enjoy themselves. Currently, some of the China Southern Airlines flights offer Internet as well, but this isn’t universal at this point in time. Still, this is something that is being introduced to more and more flights as time passes, meaning that this is definitely something that interested individuals will want to check out if they are interested in keeping connected even while they are up in the air.