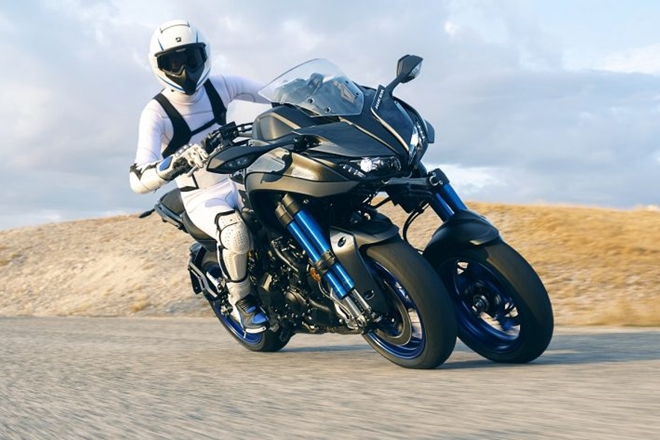 The new Yamaha Niken is one of the most unusual and unique bikes offered by the brand to date. It takes the term trike and gives it a new meaning. The three-wheeler has one of the most interesting designs we’ve seen and it looks like a conventional bike that was exposed to nuclear waste in its early development. It’s something that some people haven’t even heard of yet, but it’s so novel that if you haven’t seen one yet, you’ve got to check it out, but in the meantime, here are 10 things that you didn’t know about the Yamaha Niken that will surprise you.

1. It has two wheels in the front

When we say it’s a trike, it’s not really one in the traditional sense. The Yamaha Nike is made with a single wheel in the back and two in the front. When it’s going down the road it almost looks as though two bikers are riding in tandem at first glance. When you take a closer look, it has the appearance of a Siamese twin that is joined at the handlebars. It’s one of the most unique and coolest designs that we’ve seen come out of Yamaha and it’s a welcome addition as a novel option in their lineup.

2. You can still wheelie with the Niken

One of the most commonly asked questions about the Niken is whether or not you can pop a wheelie. It’s got a lot going on in the front, so it doesn’t look like popping a wheelie would be a good idea. This is where its looks can be deceptive. It won’t take a lot of extra effort to do it, and it doesn’t even feel that different from a traditional two-wheel bike. You’re not going to wreck when it lands back on the two front wheels either.

Yamaha had every intention of building a futuristic creation and they pulled it off with the Niken. In fact, they’ve tagged it as their latest “sci-fi” creation. When you first take a look at this bike, you’re obliged to give it a second, third and fourth look because it’s so different. It’s hard to believe that it’s a functional bike intended for powersport.

4. There’s no difference to the lean

Most people will find this hard to believe, but the Niken is just as easy to handle in a lean than any two-wheel bike. The design team engineered it to be this way. It’s the special engineering that gives this bike an increased grip in cornering and the leaning experience is authentic to a two-wheel bike. This is an amazing feat and Yamaha deserves kudos for accomplishing it.

5. Yamaha had a simple goal in creating the Niken

The overarching goal of Yamaha, in the creation of the Niken, was to create a motorcycle that would offer enhanced cornering with a lot more grip. The addition of the second front wheel was actually an ingenious idea. It took time and planning, but they put their heads together and came up with the design that would deliver on achieving the singular goal, but Yamaha accomplished a lot more with the new bike. It’s actually a revolutionary concept. 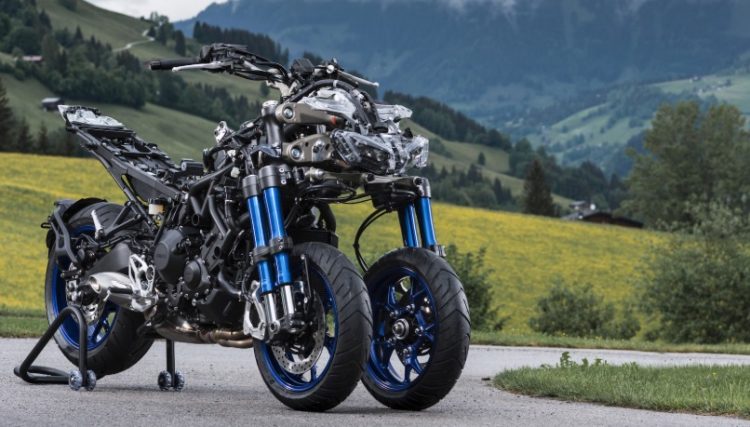 6. The natural steering of the Niken didn’t come easy

It took a lot of planning and work to come up with a workable plan to create a three-wheel bike with natural steering. They went through a complicated process of mounting a steering tie rod in from of the parallelogram linkage. The steering and lean duties are separated by an offset steering knuckle so the inner wheel will follow a tighter radius to prevent scrubbing or slipping. They came up with a new frame that would offer the optimal amount of flex necessary. This is a brief overview but the process was time-consuming and required a high amount of calculation, along with the use of design theory, then its application in testing to get it just right.

7. The seating position helps with the balance.

The Niken is equipped with a seat that is placed in an upright position for riders. It’s ergonomically configured to offer a more relaxed ride with a seating position that has been moved to the rear by an extra two inches. The seat positioning is necessary to achieve a weight distribution that is almost 50/50.

8. The Niken is Heavy

It should come as no surprise that the Niken is a heavy motorcycle. When the large 4.8-gallon fuel tank is fully topped off, it weighs a total of 580 pounds. That is a difference of 155 pounds in extra weight over the MT-09 model.

9. It takes up more lane space on the highway

Because of the two-wheel design, the Niken has a wider front end. It takes up double the space that a traditional two-wheel motorcycle does in a traffic lane. This isn’t a preferred feature when choosing a commuter bike, because it will also take up more area in a parking space. That could be a pain when trying to maneuver the bike through busy city streets.

Because of certain design features, the harder that you lean when riding a Niken, the better the performance of the front end. It’s engineered so neither of the front wheels will slip and it actually grips better for enhanced cornering and control. It’s the opposite of what you’d expect, and this is a part of the new concept’s appeal and uniqueness.