Home
Sneakers
The 10 Most Expensive Jordans Sneakers in History 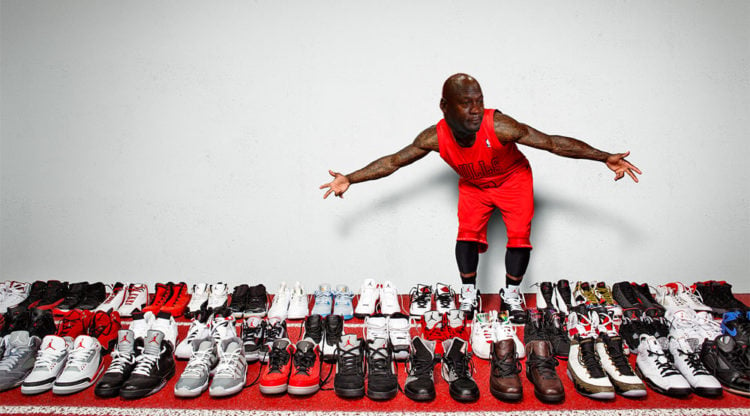 Most everyone has heard the name, Michael Jordan. He is the famous basketball player who went on to develop an entire line of basketball sneakers that have become some of the most popular sneakers to ever hit the stores. Some of the sneakers have become so popular, they are being sold for high prices, and if you are lucky to be able to afford them, you get the privilege of being able to say that you own a pair of Jordans. People who have been following the different Jordan sneaker releases through the years, probably already know which models have sold for the most and which ones are more reasonably priced. If you don’t know and are curious, keep reading to see what the ten most expensive Jordan sneakers in history, are. 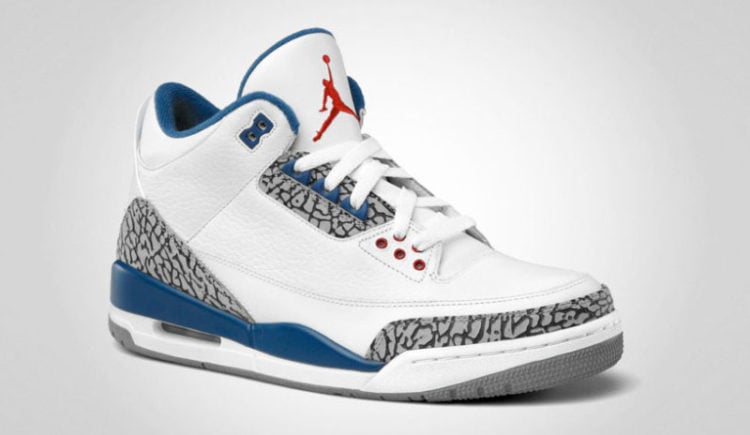 The Jordan III OG was introduced in 1988 and is the first of the Jordan lineup to display the Jumpman logo that became synonymous with the brand. It was also the very first model include the visible air unit at the heel. The year Jordan wore the model, he had an amazing year; taking home a win in a slam dunk contest against Atlanta Hawks player, Dominique Wilson, then won the All Star MVP honors the very next day. He was also named Most Defensive Player of the Year that year. This is one Jordan that became very popular with Jordan showing off what the shoe could help him accomplish and it was selling for 
The Air Jordan VI was Jordan’s sixth signature shoe that he released. It debuted in 1991 and was designed with a mix of leather and a #23 on the upper of the show, a visible Air, as well as a rubber sole. Jordan was wearing the shoes when he won the NCAA championship, an Olympic gold medal and NBA championship, so today, this edition of his lineup of Jordans sells for $7,200 a pair. 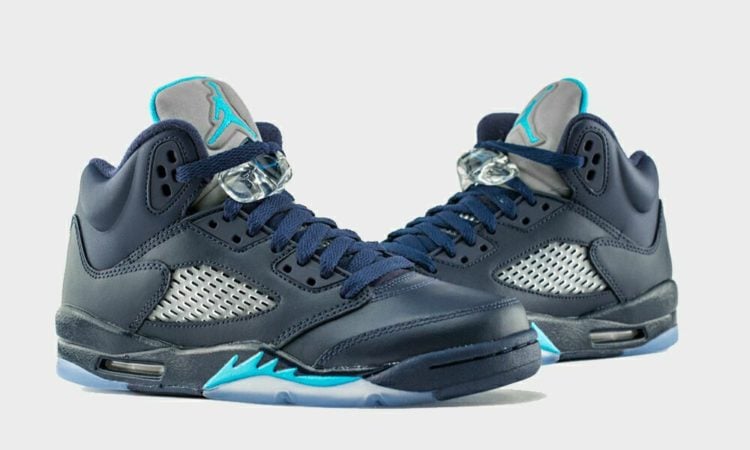 The Air Jordan V (SE) was released in 1990 and Jordan designed the model with World War II fighter planes in mind. There is a visible opened shark mouth that was designed at the tip of the shoe. Lace locks were also included, which is said to have been the first time this feature was included as a functional feature on basketball sneakers. Jordan had a special version of this shoe made for himself, and it included his number 23 on the shoe. These shoes now sell for $10,000. The Air Jordan 11 Blackout became one of the most popular of Michael Jordan’s lineup of basketball sneakers. They are a highly sought-after shoe by sneaker collectors and there were many people who were willing to sell their pair online when the price of this sneaker soared above $11,000. It is a rare sneaker and for those that still have a pair, they may wind up getting even higher payouts for the shoe down the road, should they decide to sell them. 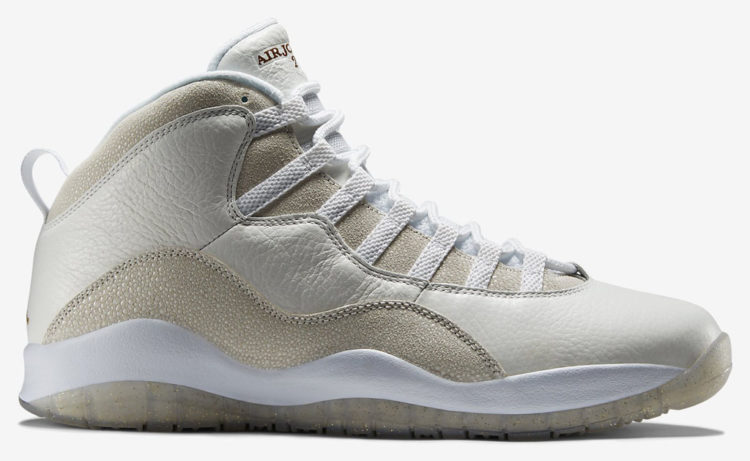 This was a shoe that was given to Drake and his crew, with the OVO standing for, October’s Very Own. The gesture was a symbol of Jordon’s partnership with the group, but the pair of shoes was subsequently given to a fan by Drake, at the Toronto Raptor’s Drake Night extravaganza. It was later determined that the lucky fan quickly turned around and sold the high-priced pair of shoes for $20,000, which makes this shoe one of the most expensive pairs of Air Jordan’s in the history of the line of basketball sneakers. Another high-priced Jordan’s are the Air Jordan 1 (1985 ASG)’s. These shoes were worn by Jordan in 1985 in the NBA All Star Game and even though Jordan wasn’t exactly his best night on the court, he had signed the pair of shoes and ultimately they sold for $21,780. Jordan played against some of the NBA’s best players that night, which made them even more desirable: Moses Malone, Julius Erving, Larry Bird, and Isaiah Thomas. 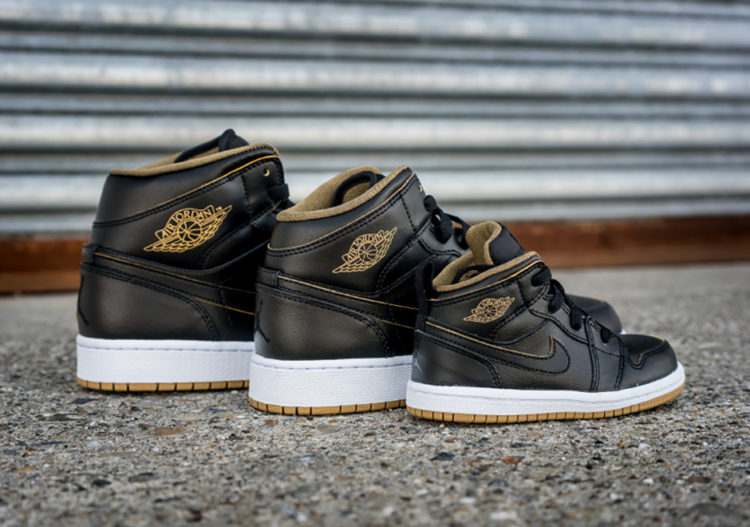 This model has had multiple releases since the very first debut. It was such a huge hit for Jordan BB sneaker lovers and collectors alike. An exclusive version of the shoe was created back in 1985 and was only available in Asia. The sneaker was designed in black and metallic gold, and only 12 pairs were made. The price for this pair of sneakers hit $25,000, making it the fourth most expensive Jordan. The Jordan 2 OG was not one of the most popular models by basketball players, fans or even sneaker collectors, however, despite the fact that this model did not make a big impression, the shoe sold for $31,000 on ebay. It was a 28 year old pair of sneakers and it was not in great condition but it will end up in a sneaker museum for sure. 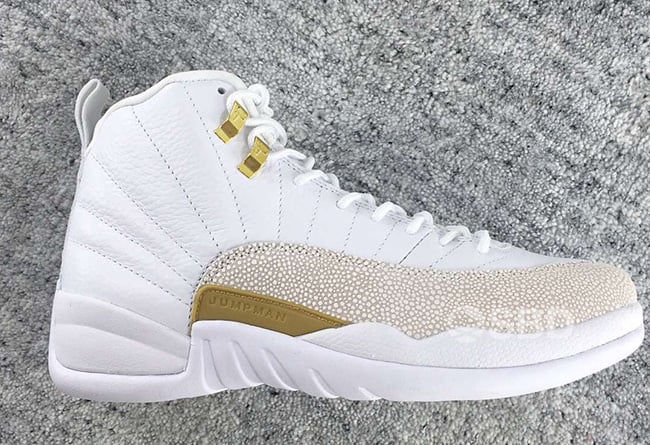 The Air Jordan 12 OVO is another pair of sneakers that was thrown to a fan who was at Drake’s Extravaganza Night at the Toronto Raptors. It was a lady fan who after getting the sneakers, turned around and sold them and received $100,000 for the pair. At that price, it makes the Air Jordan 12 OVO’s, the second most expensive pair of Jordan’s.

The Air Jordan 12 (Flu Game) shoes are remembered as the shoes Jordan wore during a game against the Utah Jazz when the Jazz had the lead. It was game five in a 2-2  series and Jordan had the flu that night. Jordan was able to find the strength somewhere and gained 15 points for the Bulls that gave them the win in the series. It was a very memorable game, and so much so, that the Air Jordan 12’s he was wearing sold for $104,000, the most expensive sneakers in his lineup.