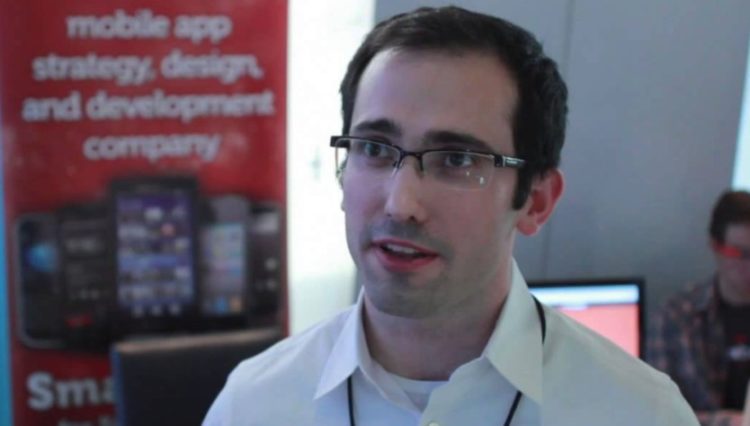 When Brian Lacey stepped into the position of CEO at Mobomo in 2015, it marked a new trajectory for the company. Since then, the company has grown in both revenue and employee growth approximately 50% each year. Lacey started at what he calls “the bottom” of the company, and he used his particular blend of skills and passion to expand Mobomo significantly. The company is simply a team of very creative developers, artists, and engineers who work together to turn client ideas into amazingly successful web and mobile app products. One of the most-seen of these was Mobomo’s live stream, eclipse-tracker tool which partnered with NASA and allowed more than 40 million people to follow the recent eclipse in real time as it’s shadow progressed across the United States. Brian Lacey fully embodies “The Mobomo Way” and is currently thrilled to be working to bring people’s ideas to launch with well-designed digital solutions.

Lacey is the Industry Chair of the ATARC.

That acronym stands for Advanced Technology Academic Research Center. Since 2017, Lacey has focused on the Mobile Customer Experience Working Group of the center. The organization’s headquarters are in Washington, D.C. and it works primarily with commercial enterprises and federal agencies. It’s a collaborative of thought leaders from private industry, academia, and government who work together to provide cutting-edge mobile solutions for the Federal government at the most efficient levels while reducing costs.

Lacey and Mobomo Project Manager Malena Lopez spoke with the interns during the summer of 2015. That summer, the Summer Youth Employment Program students were interns taking on Content Development. Their task included app development, and Lacey and Lopez helped them to design applications which addressed several key issues, including making good decision, health and nutrition, and literacy education.

Lacey gave a speech at the inaugural 2014 MoDevGov conference.

He was there to speak about Mobomo’s work on behalf of the Navy. The mobile development conference designed solely for the government welcomed attendees to hear speakers presenting solutions already created for the government, and those ideas yet to be developed. Lacey was the leader of Mobomo’s Official Navy App initiative and he gave the audience an outline of what it took to launch a multi-device experience for American sailors. The purpose was to create an app which would connect sailors and their families with relevant information and updated content concerning the Navy’s status. The existing system included fragmented content generated around the world from bases, fleets, and carrier groups. Mobomo successfully built the app, and the Navy information-on-the-go system was put into place.

Lacey praised the acquisition of Intridea on Cision PRWeb.

He noted that the acquisition allowed the two organizations to share complimentary skills in an optimal way. He stated that serial entrepreneur Barg Upender co-founded Intridea with David Naffis in 2007 and then went on to found Mobomo in 2009. In Lacey’s opinion, Mobomo and Intridea benefitted from what he termed “common DNA”, and he felt that their shared foundation would allow the two companies to merge team, processes, and operations “painlessly”.

He gave an interview explaining how Mobomo created an app for The Coalition for Debtor Education. The non-profit has its base at Fordham Law School, and they decided to launch a free app which would educate teenagers about practical personal finances. The Coalition wanted to better fill the void that exists in New York State concerning mandated high school education for managing personal finances. The app was funded with a grant from The Ludwig Family Foundation. It was designed so that no personal information is captured, but users can find practical tips for saving, spending, banking, identify theft, and college planning. Lacey said that developing NYCMoneySmarts was particularly gratifying because it combined education with fun.

Lacey worked at Network Solutions before he joined Mobomo.

Lacey was the manager of a team which created website template designs for Network Solutions’ enterprise website builder. As the Technical Design Specialist, Lacey focused on creating positive customer experiences with enthusiasm, and it is these attributes which he brought to Mobomo. His previous experiences allowed him to develop a deep expertise in CSS, HTML5, Javascript, and front-end interfaces. He also is said to be passionate about technology, design, and user experience, and these have contributed to the growth of Mobomo.

Lacey is a Certified ScrumMaster.

He’s been certified since 2016. Scrum is a form of project management which provides a framework which guides team collaboration when working on complex problems. As a ScrumMaster, Lacey serves and leads his Scrum Team as they endeavor to understand how their interactions can best maximize the value they create. Lacey has studied Scrum theory and helps his team to implement these things in the work environment. Some of the key roles he plays include keeping a holistic approach to work, promoting a sense of community, and sharing the power to make decisions.

Lacey’s work with his team ensures that the apps which are developed for Mobomo’s clients are easy to use and attractive. When he joined Mobomo, his role was a Project Manager. But he showed a passion for UX design, and this resulted in his quick promotion to Creative Director. Lacey’s work led to Mobomo’s quality assurance capabilities, and its well-defined design and development abilities. Lacey was key to founding a new Mobomo office in Buenos Aires, and he developed operational expansions, such as the acquisition of Exceptual Technologies.

Lacey is #26 out of 50 Best CEOs of small and mid-sized companies.

He was awarded the ranking by Comparably.com. The ranking process requires employees to rank their own CEOs in a completely voluntary system. The rankings, known as sentiment ratings, rate employers during the January 1 to November 17 eligibility period.

Lacey holds a double B.A. in Economics and Psychology.