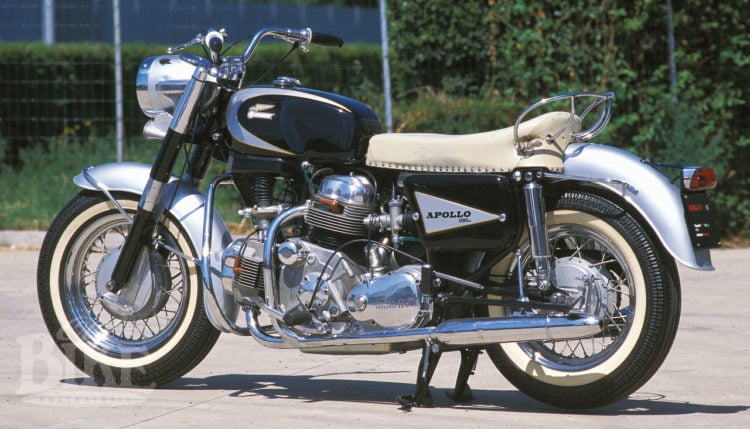 Harley-Davidson is basically a household name anywhere in the world, with the exception of a few remote places where cars aren’t even used. Such a powerhouse of a company are they that really no other company has been able to rival them in their own market and come out on top…ever. But that’s not to say that it hasn’t been tried, over and over again. From Indian to Kawasaki, motor companies have attempted to give them the run for their money that it was felt they deserved. It was just always to no avail in the end.

Yes, Indian to Kawasaki, and more. But we aren’t going to talk about any of them but one…Ducati. Yes, Ducati, the Italian king company of the Super bike. On more than one occasion they have put their best foot forward, and while some of their attempts were mildly successful, none of them came even close to crossing the line that surpasses. And one in particular, one that was fully intended to rival the motorcycle making monster, was never even put into production.

More than likely, you have never heard of the 1964 Ducati Berliner 1260 Apollo. I know I never had, and I pride myself on being pretty familiar with motorcycles of all kinds, especially for being a woman. It surprised me to not only hear of and learn of this bike, but to look at photographs of it. You see, only two prototypes were ever manufactured, along with a couple of extra spare engines…and only one bike survives today. When that fact is realized, then the photos almost seem as surreal as the existence of the bike itself.

You can’t buckle up on a bike, so brace yourself. Let’s take a trip down memory lane, all the way back to 1964, when the Berliner brothers of the Berliner Motor Corporation went to Ducati and suggested that together they make a bike that would go up against those created by the most successful company in the world, Harley-Davidson. Let’s go together and observe from afar to see how it all pans out for them.

In 1959 Berliner Motor Corporation was the United States Distributor for Ducati. The companies were in the middle of a sales decline that they were literally feeling. when it came to their small, single-cylinder bikes. Eventually, the Berliner brothers went to Ducati and proposed that they design and create a motorcycle that would be able to go up against Harley-Davidson. It would be a bike that would be sold for police use in the United States, so initially the idea was not one that they would be selling to the public. Since Harley-Davidson made motorcycles for official use, it would be a great contender for that particular throne. According to author Greg Field, who conducted interviews with Mike Berliner of Berliner Motorcycle Corporation, the company actually shipped two Harley’s to Italy: One for Ducati and one for Moto Guzzi. They intended for Ducati to be the first to design and produce a motorcycle that would imitate those of Harley-Davidson.

But Ducati’s bigwigs were not as excited about the idea as the Berliner brothers, as it went. In order to bring Ducati over to their side, the brothers had to actually accept liability and sign an insurance policy that guaranteed payment to Ducati in the case of the idea failing. Once this was complete, Ducati went ahead and moved forward with the plans that were made, which took place in 1961. The new motorcycle would be called the ‘Apollo’, named for the space shuttle series that was visiting the moon during that era.

Bringing the ‘Apollo’ Idea to Fruition

Ducati’s Fabio Taglioni was put in charge of designing the motorcycle. It was to meet all requirements set forth by the United States regarding bikes manufactured for police use. It was also supposed to be larger than any Harley in production at the time. After fitting the Apollo with a smaller generator and motor that were still large enough to run an automobile, and equipping it with a five-speed transmission (motorcycles primarily ran with four-speeds), Taglioni made a few other minor alterations that were not in keeping with what the Berliner brothers had suggested, but made sure the bike met US guidelines. There were some issues with wearing out fast due to the great power of the engine, with test riders actually experiencing their literal disintegration when the bike got to speed. They ended up setting the engine down to 80 bph (48kW) from the bikes initial 100 bph (75kW), but the tires continued to fall apart on the test rides. Police specs required sixteen inch tires, so putting on bigger ones was not an option. It wasn’t until they attuned the engine down to 65 bph (48 kW) that the tires held up acceptably. The 1964 Ducati Berliner 1260 Apollo prototype, number one of two, was ready to be shown.

In November of that year, the bike was shown at the Earls Court, London bike show. Magazines reported that the huge engine garnered plenty of attention, and plenty of comments as well. It didn’t take long for the government in Italy to pull funding from the project, saying that it simply had too limited of a market to justify the production costs, which basically put a kibosh on the Berliner brothers’ Harley-Davidson nemesis motorcycle.

A Sad Let-Down For A Bike Built Before Its Time

Here is the bottom line regarding the 1964 Ducati Berliner 1260 Apollo: It was simply a bike that was ahead of its time. It was built to use a great amount of power, but tires had not yet been developed for a motorcycle that could hold up under that kind of power. Until such tires were developed, it would have been a waste of time to go ahead with production. It would have cost both Ducati, the Berliners, and the Italian government less to put their funds toward tire development. So, in a nutshell, the attempt to build a Ducati that was bigger and better than a Harley was a pipe dream, at least for the time that they were all living in.

Not that this bike was not a wonderful creation…indeed, it was. It was not only beautiful and powerful, but the motivation and zeal behind it made it even more so. As a huge fan of the Harley-Davidson, I am in no way committing high treason; I am simply showing my love for motorcycles in general when I say these things. Ducati had earned plenty of love for making sport and super bikes, and at that exact time in history, it was just all too important that they stay there. Other chances would come; they would build other bikes. But none of them would likely ever rival a Harley, especially not in the States…and to date, it hasn’t happened yet.

Standard News said it best, I think: The 1964 Ducati Berliner 1260 Apollo was a beautiful disaster.