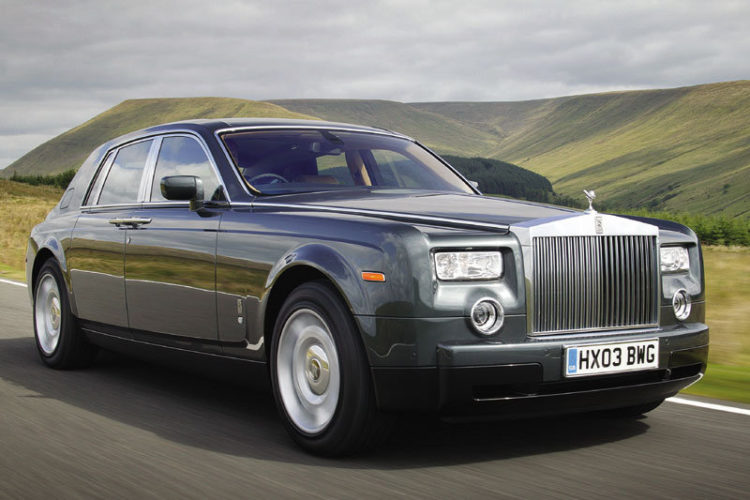 We’ve covered quite a bit of ground recently when it comes to Rolls-Royce and its history, but we’ve covered even more regarding one model in particular: the Phantom. It has been interesting for me to discover the background of this iconic automobile, from its original release in the 1930’s, all the way to its rebirth in 2003. Rolls-Royce has given so much attention to this particular model and its looks and abilities, and they have, in turn, brought all of that into the public eye with the same level of care that a parent would give a child that they are so very proud of that it is obvious that the Phantom, all of the generational models that have been produced, and all of the versions that have stemmed from them are a very important source of recognition when it comes to the Rolls-Royce brand.

And it’s easy to see why when we look at this particular model, even from its humble (even for a Rolls-Royce) beginnings as the New Phantom, which was introduced in 1925 as a replacement for the Silver Ghost. Definitely a beautiful machine, the New Phantom, or ‘Phantom I’ as it became better known as, was the true first generation of the model. There are thirteen total generations to date, with eight generations in existence since the model’s re-release in 2003 after BMW acquired rights to the company name. The long, rich history of this fine automobile allows it to speak for itself, and the money it has earned tells of the public’s great fondness for it.

While we may say that, technically speaking, the 2003 Phantom was ‘re-released’, it was really introduced as the Phantom VII, which made it the model’s seventh generation of production. BMW had managed to purchase the rights to use the Rolls-Royce logo and the company name in 1998, and they are credited with breathing new life into this timeless car.

The 2003 model was a ‘saloon’ version, or a full-sized luxury car more commonly referred to as a sedan in the United States. The only Phantom models made in 2003 were of this particular style, with other versions coming out in the next few years. The Phantom also had the pleasure of being the sole automobile model to bear the Rolls-Royce name for a full six years, until 2009 when the company finally introduced the new Ghost to the public. Because of this solo status, the Phantom was more or less the spokes model for the company, and helped Rolls-Royce to re-establish itself among other luxury automakers as a legitimate manufacturer once again.

All the Bells and Whistles

As the sole auto on the market with the Rolls-Royce name, it was important that the Phantom be a car of obvious luxury, aside from its $380,000 price tag. It was showered with many little extras and luxury features to let the consumer know that when they bought a Phantom, they were definitely getting the very best. The fact was that the car was loaded from the inside out.

Of course, the interior upholster is the finest leather, and the dashboard gauges are elegantly organized, being neatly lined up and including all of the necessary visual communications needed (and some that may not necessarily be needed) to let the driver know the car’s state at all times. There is a camera mounted on the windshield that gives the driver a convenient view of the rear, as well. As for the seats, they are very comfortable, and the manufacturer was very generous with the leg room, not to mention the fact that the adjustable seats are able to store each person’s adjustment preferences. An optional cigar humidor can be installed in the glove box, and the front seat-back on the driver’s side comes equipped with a viewing screen for entertainment purposes.

As for the outside of the vehicle, beautiful body design is constructed on a lightweight but strong aluminum frame. The front door is mounted normally, with front hinges, but the rear door’s hinges are mounted on the rear, so the doors open opposite each other, which isn’t uncommon for a Rolls-Royce. The uncommonly large grill also gives away the make of the vehicle, and several headlamps on either side of it illuminate the road enough to make nighttime driving a pleasure.

Just one look at both the inside and outside of the Phantom makes its level of luxury and comfort very obvious, not to mention how it makes the car a thing to be envied.

Bringing It All Together

One might not think so today, but in 2003 this was one outstandingly equipped car, with extras that were still science-fiction to many car buyers. The truth is that extras are what Rolls-Royce’s cars have always been about, and making sure that the driver and passengers had all the little things was what kept buyers coming back. They loved the luxury, but it certainly came at a high price. To them it was well worth the money. That’s the reason that Rolls-Royce has been able to make a comeback and enjoy success after all the issues they suffered. Even though the company is now in the hands of BMW, it has been done justice, and it continues to provide a top-of-the-line vehicle to those who purchase one.

So, anyone who ever gets a chance to take one for a spin should do it. We all know that actually owning a Rolls-Royce Phantom, for most people anyway, is not something that is just around the corner. But you never know when the opportunity to drive one will arise. Maybe we shouldn’t all hold our breath, but we certainly can wish…and wish hard. It definitely sounds like an experience that wouldn’t easily be forgotten.