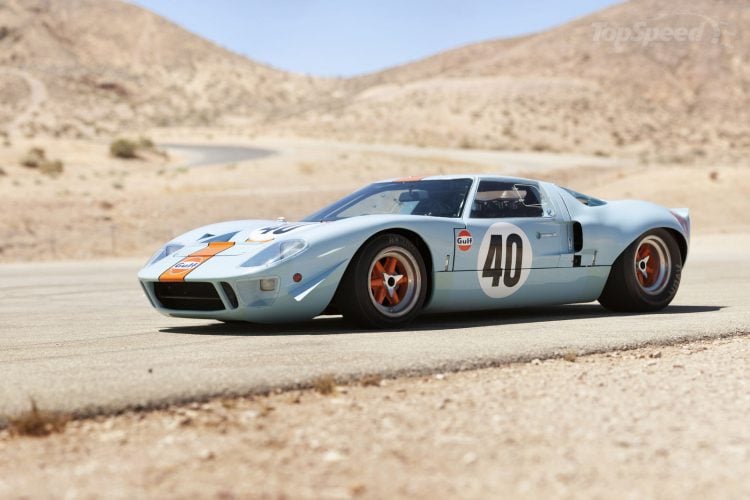 The Ford GT40 came into existence because of one man’s grudge.  In short, Henry Ford II wanted to see a Ford car competing in the 24 Hours of Le Mans, which was and remains a famous sports car race with a particular focus on endurance racing. As a result, he reacted with enormous interest when he learned through European intermediaries that Enzo Ferrari was interested in selling Ferrari, spending millions and millions of dollars on not just legal expenses but also an exhaustive audit of Ferrari’s assets.

However, the two came into conflict at a late stage in the negotiating process when Enzo Ferrari was informed that he would not be permitted to compete at the Indianapolis 500 if the purchase went through because Ford did not want additional competition for its existing contender, which convinced Enzo to cut off talks in order to leave Henry Ford II with nothing to show for millions and millions of dollars of spending.

For obvious reasons, Henry Ford II was enraged, which led to him telling his racing division to come up with a car that could beat Ferrari when it came to endurance racing. This led to Ford entering into negotiations with Lola Cars, Lotus Cars, and Cooper Car Company for their racing expertise and experience, which in turn, led to a focus on Lola Cars of it used a Ford V8 engine in their Lola Mk6, which is also remembered as the Lola GT. In the end, the owner of Lola Cars consented to sell two Lola Mk 6 chassis builds to Ford while also bringing in his personal expertise and experience without involving the rest of Lola Cars, thus forming the sheet of Ford’s team. Soon, Ford’s team collected more sources of expertise and experience from both within and without the American car manufacturer, culminating in Ford Advanced Vehicles Ltd., which was based in Slough in Berkshire, England.

What Are the Achievements of the Ford GT40?

In total, Ford produced six versions of the Ford GT40, which were named MK I to V with the two exceptions of the X-1 Roadster that was completed in 1965 and the J-Car that was completed in 1966. Each one was a refinement on its predecessors that made use of ever-improving techniques and technologies while still remaining true to their core concept. Furthermore, each one was a car of note for a wide range of reasons: 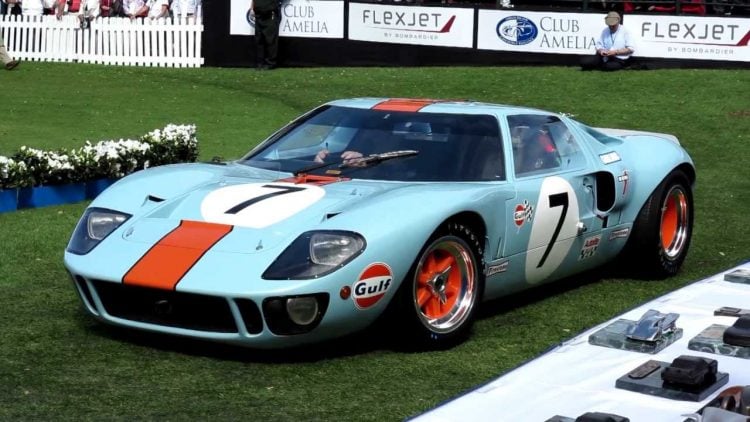 As stated by its name, the MK I was the first of its kind, powered by the Ford Windsor engine. It was a modified version of the Mk I that won Le Mans in both 1968 and 1969, meaning that it more than served its intended purpose. It is interesting to note that the X-1 Roadster started out as one of the Ford GT40 Mk I prototypes before being changed to test a number of improvements under racing conditions, which it did by winning the 12 Hours of Sebring in 1966. 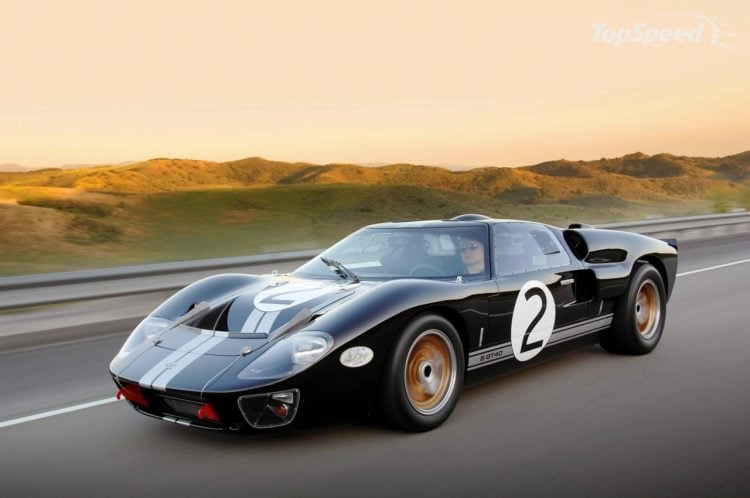 The MK II looked like its predecessor but had received significant changes. For example, the Ford Windsor engine had been replaced with a modified Ford FE engine, which necessitated other changes in the chassis as well as other internal components in order to accommodate the bigger and heavier engine. However, it was worth it, since it was the MK II that started Ford’s 4-year winning streak at Le Mans between 1966 and 1969. 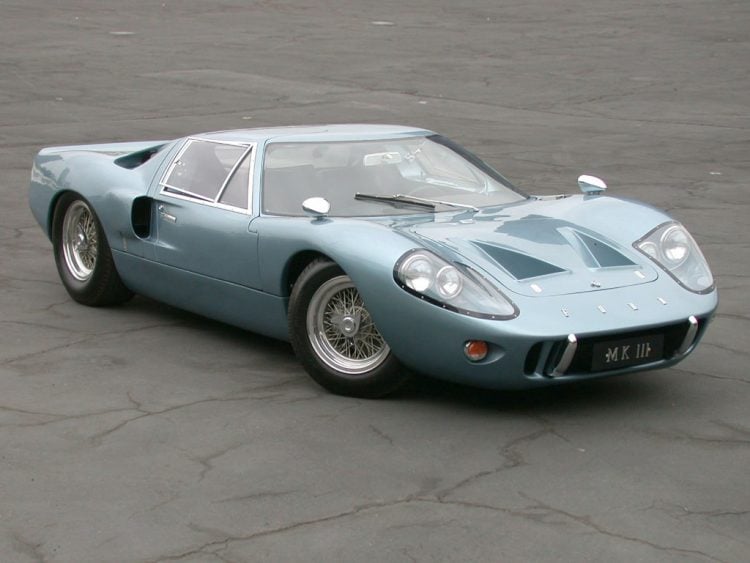 In contrast to the other Ford GT40s, the MK III was meant for the road rather than the race track. As a result, it did not look the same as its racing competitors, which meant that it saw few sales from interested individuals interested in owning a car like the one that had won at Le Mans. In total, 7 MK III were manufactured, with 4 of them being left hand drive.

The ill-fated J-car was an attempt to bring the Ford GT40 more in-house instead of leaving it as a collaboration between Ford and outside sources of expertise and experience. Its innovative features were what caused the death of its driver at Riverside International Raceway in 1966, since its spoilerless profile caused it to go out of control by creating excessive lift while its honeycomb chassis failed to live up to its promise by shattering upon impact and then bursting into flames. 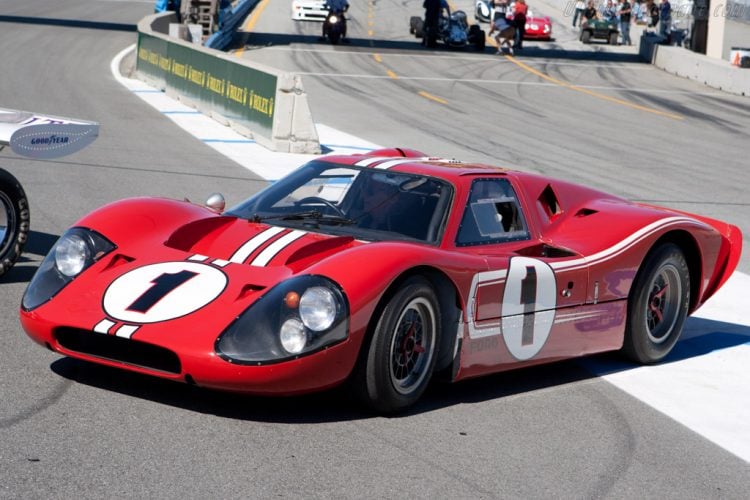 Despite its name, the MK IV based on the ill-fated J-car but changed to incorporate the lessons learned from its disastrous failure. For example, it was made safer with the installation of a steel-tube roll cage, though this also negated the weight-saving benefit of the honeycomb chassis. Still, the car was capable of achieving top speeds, which made it well-suited for Le Mans, which featured plenty of straight stretches. As a result, the MK IV won the 12 Hours of Sebring in 1967 as well as the 24 Hours of Le Mans in the same year, which came as welcome news after Ford’s humiliating loss at Daytona no more than two months earlier. The MK IV is particularly notable in that it managed the sole all-American win at Le Mans, seeing as how it had American drivers, team, and components. 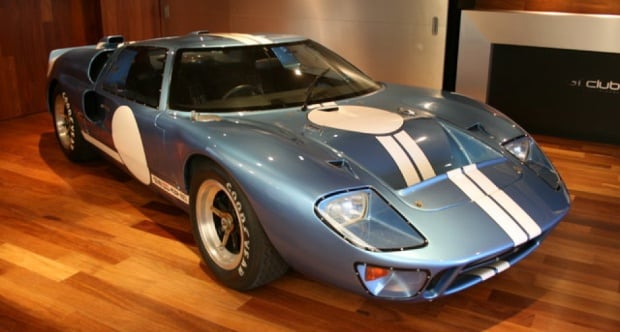 The MK V was a limited production run of the Ford GT40 in response to the interest of Peter Thorp at Safir Engineering. It received some changes to correct problems seen in its predecessors, but for the most part, it resembled the Mk I in looks as well as other critical factors.

What Is the Future of the Ford GT40?

Given its performance, it should come as no surprise to learn that the Ford GT40 has inspired a number of later cars. For example, the Ford GT was a mid-engine two-seater sports car that was produced for 2005 and 2006, which is particularly interesting because a second generation of the design is expected to enter production in 2016 in time for the 50th anniversary of its predecessor’s historical win at Le Mans. Furthermore, it is interesting to note that a racing version of the car actually competed at the 24 Hours of Le Man in 2016, where it came in first place to prove that the American car manufacturer is still capable of producing cars that live up to its proud history. 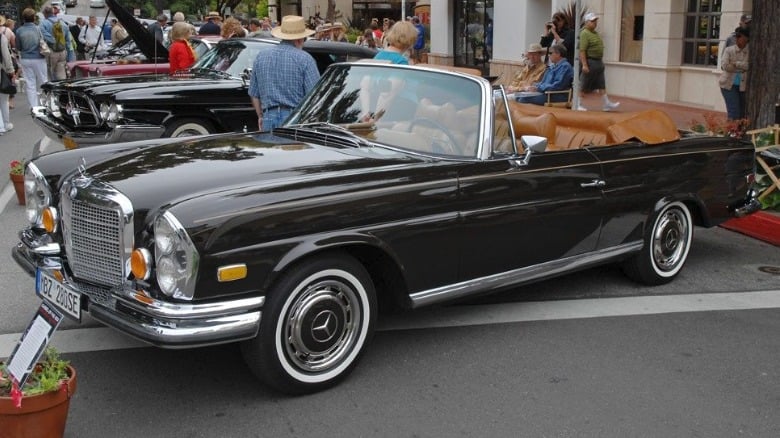 The magic of convertibles will never get lost on us, especially… 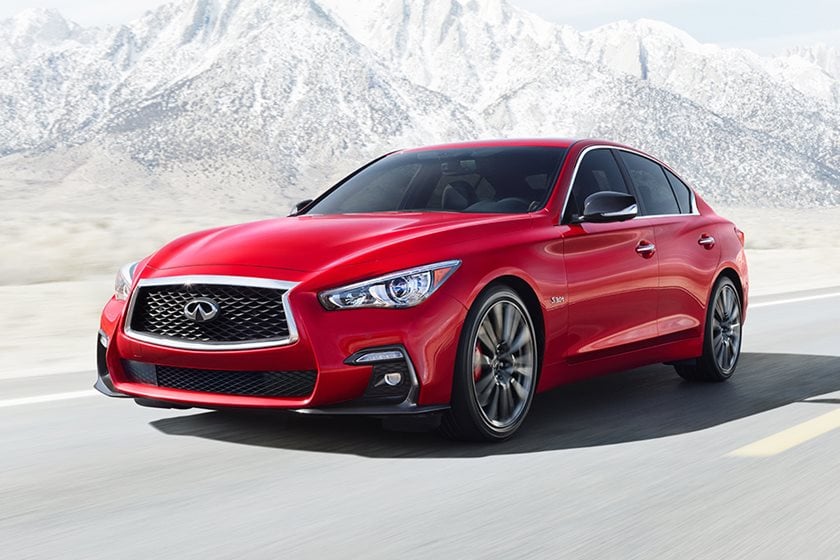 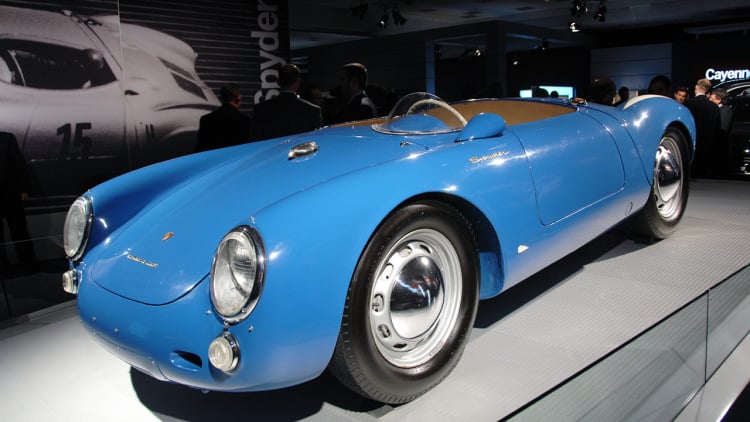 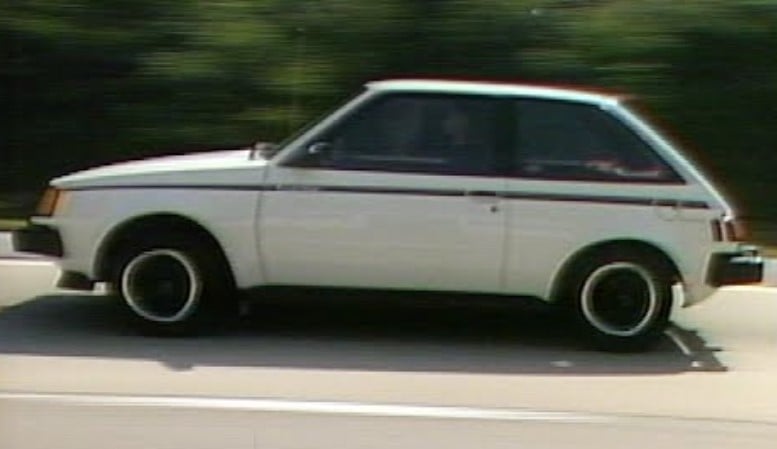 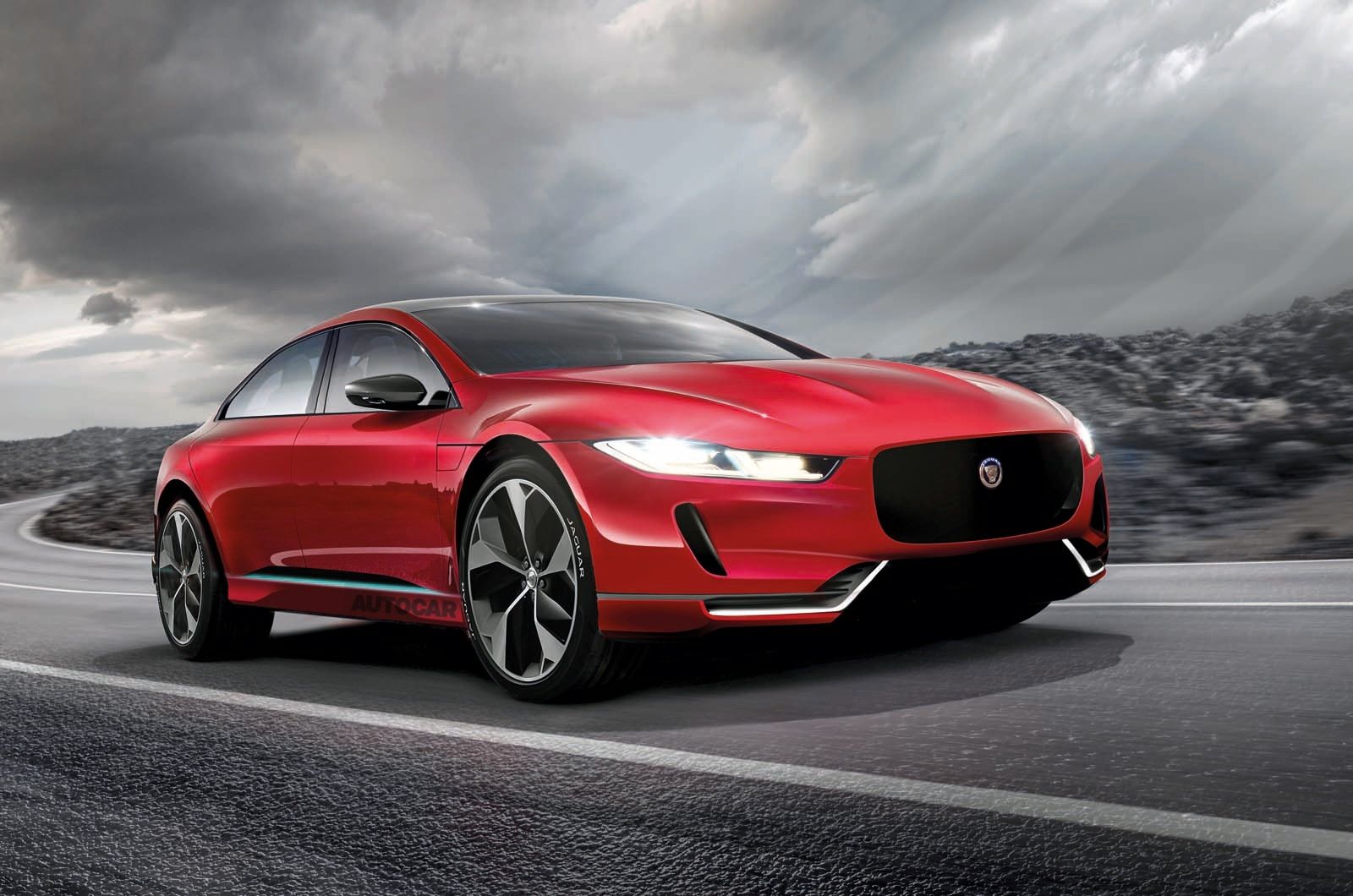