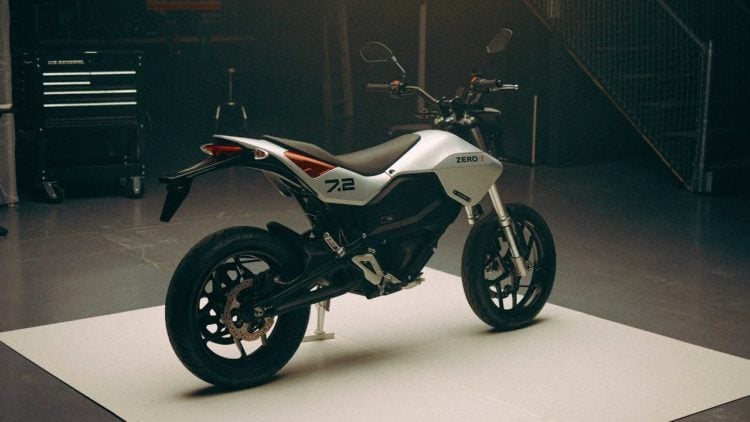 The new trend in short-haul transportation is opting for electric power. It’s better for the health of the planet, and ultimately, the people who call Earth home. Aside from the important aspect of preserving the environment that sustains our life, drivers are looking for more economical means of transportation for their daily commutes. Zero is a company that produces electric motorcycles. Yes, it’s finally become a thing after years of waiting and wondering when the technology would extend to motorcycles. They’re the largest producer of EV bikes in the country so far. Zero had the foresight to get in on the new trend early. We just caught wind of a new commuter motorcycle made for the 2022 model year, called the Zero FXE. It’s an electric motorcycle that has all the earmarks of becoming the next icon in the years to come. It’s an economical vehicle with the promise of satisfying our more personal needs and desires as well.

The 2022 Zero FXE Electric Motorcycle at a glance

The Robb Report breaks the news about the new commuter motorcycle and reveals that the battery-powered bike is fully equipped with the features that will make it a top choice for urban commutes. At a glance, the bike has a futuristic design that is reminiscent of something out of a Tron film. The company that sketched the initial design for the 2019 Zero SM concept is Huge Design. The new FXE has a similar appearance with all the trappings that make it a street-legal bike, it’s gone from concept to reality.

The electric power means there isn’t a fuel tank in the center of the motorcycle to take up space. This makes more room for cool tech gadgetry. It’s a narrow bike with a seat height of 32,9 inches, a TFT display of 5 inches in color with simple controls that anyone can master. It’s an attractive machine with a slim profile that gives it a sporty look. It also comes with a variety of technologies that enhance your riding experience. It’s equipped with a choice of two ride modes built-in. When you want to save on fuel economy, Eco options are available. When you need to feel the power and don’t mind a splurge of juice from the battery system, there is a Sport mode. It is also compatible with your smartphone with connection ports via Bluetooth. You can make adjustments to the electronics right through your phone. You can make minor tweaks to the accelerator regen, the brakes, speed, torque output, and more.

Zero Motorcycle is ahead of schedule

Elektrek points out that Zero Motorcycles is the biggest electric motorcycle in the world. The company has a fast network of dealerships. They’re ahead of schedule in offering reveals of the new FXE and they also have a few upgrades and updates to offer. The high demand for electric motorcycles was enough for Zero to move its schedule up and kick production into high gear. Demands for bikes have exceeded the availability and this is good news for the manufacturers. All Zero bikes are receiving updates and upgrades that are also ahead of schedule. These include a new 5 inch TFT screen in color which replaces the old LCD screens and Bluetooth connectivity for connecting with rider smartphones. The company has launched several of its most recent models ahead of their previous schedule to help satisfy the rising demand. We have the Covid-19 outbreak to thank for it. Some industries have grown extensively because of the greater demand since the lockdowns occurred.

Cycle World fills in the gaps and gives us a more detailed report about what we can expect from the 2022 Zero FXE Electric bike. Zero is following the trend with an electric powertrain that operates from battery power, eliminating the harmful emissions from petrol engines. If you’re a fan of the agility and lightweight of Supermoto bikes you’re in for a tree. The FXE is a new model that is making its official debut as a part of Zero’s lineup for 2022. It’s a compact bike suitable for small to medium-sized riders. The supermoto styling gives it the appearance of being a powerful bike. Its design is a bit stark with a slim appeal and a deconstructed vibe. It’s built on the pre-existing FX platform with a few new design elements infused for a modern look. The bodywork is stripped down but it’s reported to be one of the most comfortable bikes to ride. For power, the electric motor delivers 46 horsepower with 78 ft. lbs of torque. The top speed of the urban commuter is 85 mph when you set the bike to sports mode. It won’t have any problem zipping through busy streets, or taking a journey down the freeway when it’s time to go home. If you want to take it easy on the battery juice, just adjust Eco mode.

Zero is getting in on the ground floor of the EV industry. The company has done well in pushing its teams to enhance the production of the new lineup for 2022. They’ve even thrown in a few updates and upgrades to sweeten the pot. They’re already the biggest electric motorcycle producer in the country. We have a feeling that the next few years are going to be very good for Zero. If you’re a fan of supermoto bikes and you have a daily commute to make, this might be one of the better options available for the 2022 model year. Although there has not yet been a disclosed about the price, we feel confident in assuming that it’s going to be more in the affordable range. The new FXE is likely to follow suit with the other models produced by Zero.