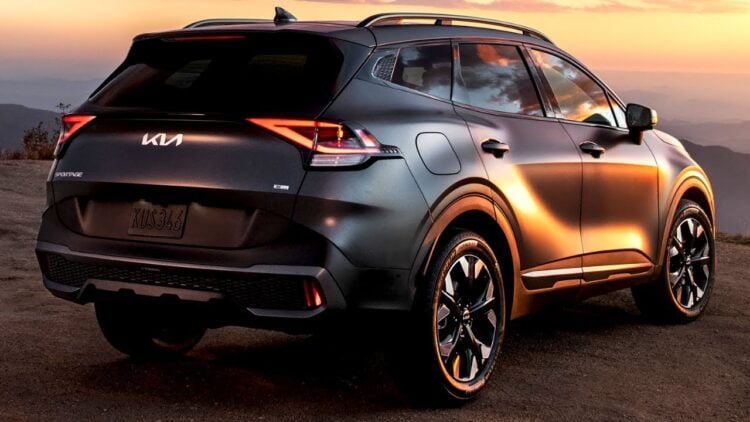 The 2023 Kia Sportage is a modernized SUV. It has a black roof with rigged lines and a black grille graphic that stretches across the face. The SUV is available in five colors: steel gray, black cherry, clear white, pacific blue, and sparkling silver. A significant change with the interior is the three extra inches of rear legroom. So, if you are huge, you do not need to worry about not fitting. Additionally, the cargo room behind the rear seat has been expanded. According to Safford Kia, the expansion is up to 39.6 cubic feet, which is 28% more than the previous Kia models. Now that you know about the car’s appearance, it is time to delve into how it operates. Below are the unique features of this car.

A challenge most novice drivers face is steering. Due to poor steering, they tend to cross to the other lane unknowingly. There is a danger of occupying two lanes. For instance, you are likely to be hit. So, if you have trouble sticking to your lane, you will appreciate this car for its LKA feature. LKA helps you steer when it senses the car is going outside its lane. The feature works due to a camera sensor mounted behind the windshield in front of the rear-view mirror. This camera can detect lane lines ahead of you. Before LKA adjusts your steering, you will get a warning in your dashboard. The warning is important so that you are not caught off guard with the corrective steering.

Fatigue is inevitable when a driver drives for long distances. That means the driver may need to rest. However, they cannot rest while they still drive. What if there was a way the car could drive by itself while the driver rests? Fortunately, that is possible with this car’s cruise control feature. The fatigue stems from a driver repeatedly tapping on the gas pedal. Instead of the driver stepping on the gas pedal, cruise control uses an actuator to control the throttle to maintain a certain speed. However, the feature will increase the power depending on the objects in front of the car. So, apart from allowing you to rest, the feature is good for fuel economy.

Driving up a hill is challenging, even for experienced drivers. Sometimes their car rolls backwards, or the car makes bizarre noises as it goes up a hill. However, going up a hill with an automatic car like this one is less challenging due to the absence of a clutch. Instead, the driver engages the handbrake and drive gear. HAC is automatically activated when you take your foot off the brake pedal. The feature retains some pressure in the braking system for a short while to prevent your car from rolling backwards. Then as you step on the accelerator, the brakes will release. To correctly activate this feature, ensure that you are not uphill with a reverse gear or downhill with the drive gear.

The SUV has a compression ratio of 13.0. According to Auto 123, 13.0 is considered a high ratio, which means higher combustion efficiency. Due to its high ratio, more heat will be produced in the engine. That is because the engine will extract more energy from the combustion process. As a result, a high compression ratio means powerful horsepower and better fuel economy. The powerful horsepower occurs when the engine utilizes all the fuel to produce energy instead of expelling a lot of it into the atmosphere. As for fuel economy, the car will use all the fuel it has in its reserves.

DMS is a feature that allows a driver to configure a car based on their preferred driving style. It controls part of the engine, air conditioning system, and transmission. To understand DMS, you need to know about its main categories: Sport, Normal and Smart. If you wish to boost your car’s speed, choose Sport mode. You will feel an increased response on the throttle and tightened steering when you switch to this model. Even at high speeds, the mode will assist in control and handling. So, you do not need to worry about losing control of your car at high speeds. The Normal mode is the default drive mode for the car. This model has the perfect combination of fuel economy, power, and steering. If you are a learner, it is best to stick with this model. Lastly, Smart mode considers your driving style. For instance, the mode will try to maximize the car’s general performance based on your driving speed.

The 2023 Kia Sportage is the SUV that most learners would prefer. That is because the car tackles common challenges they face when going up a hill or sticking to one lane. Besides helping you overcome common issues on the road, the SUV also offers maximum driver comfort. For instance, the car has enough legroom, and you can choose a drive mode that suits you. However, the most important thing about the car is its attempt to minimize accidents. Why do you think some drivers hit other cars? There are many reasons: fatigue, not sticking to one lane, not engaging the right car parts when going up a hill, etc. Thankfully, the car’s functionality tackles common problems drivers face right before an accident. 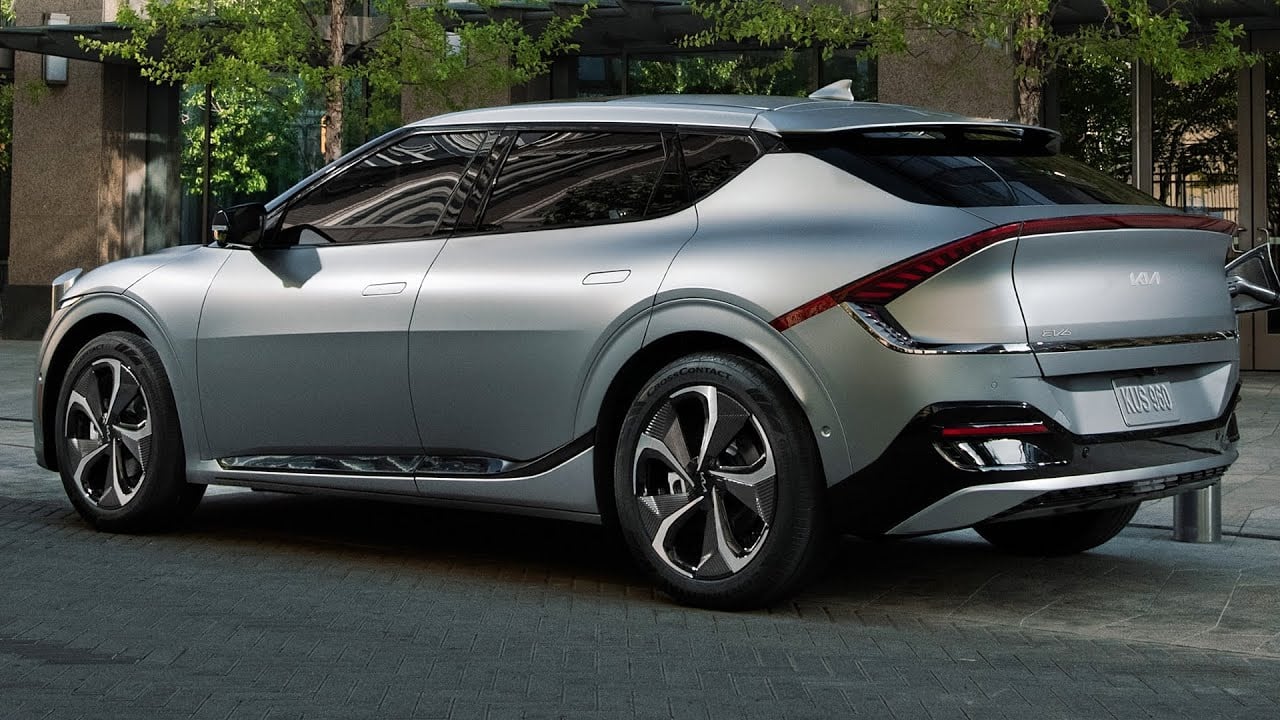 The EV6 from Kia is a dual-motored crossover that owes its unique look and design to special paint, badging, and an augmented reality head-up display. It also has a remote parking assist system, a sunroof,… 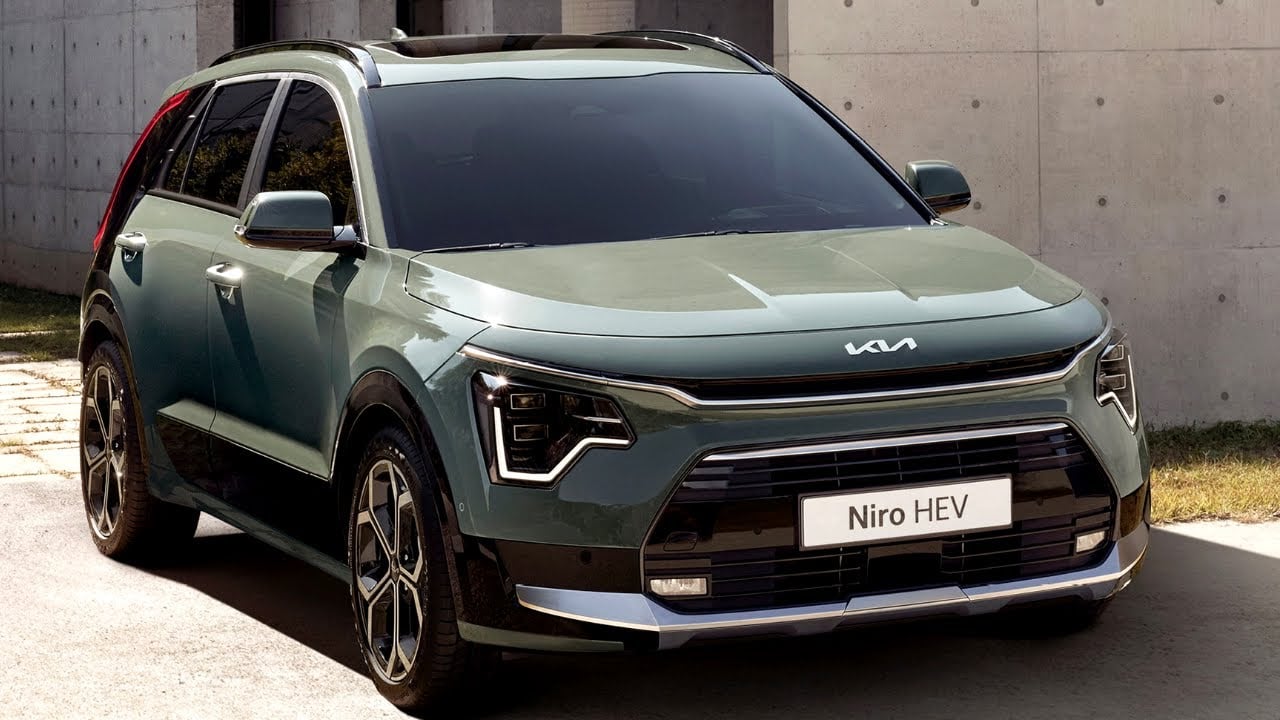 Peter Schreyer conceptualized the Kia Niro concept in the vehicle model Frankfurt studio. It debuted in 2013 at an Auto Show in Frankfurt. The initially released model was a sporty subcompact crossover with three doors…. 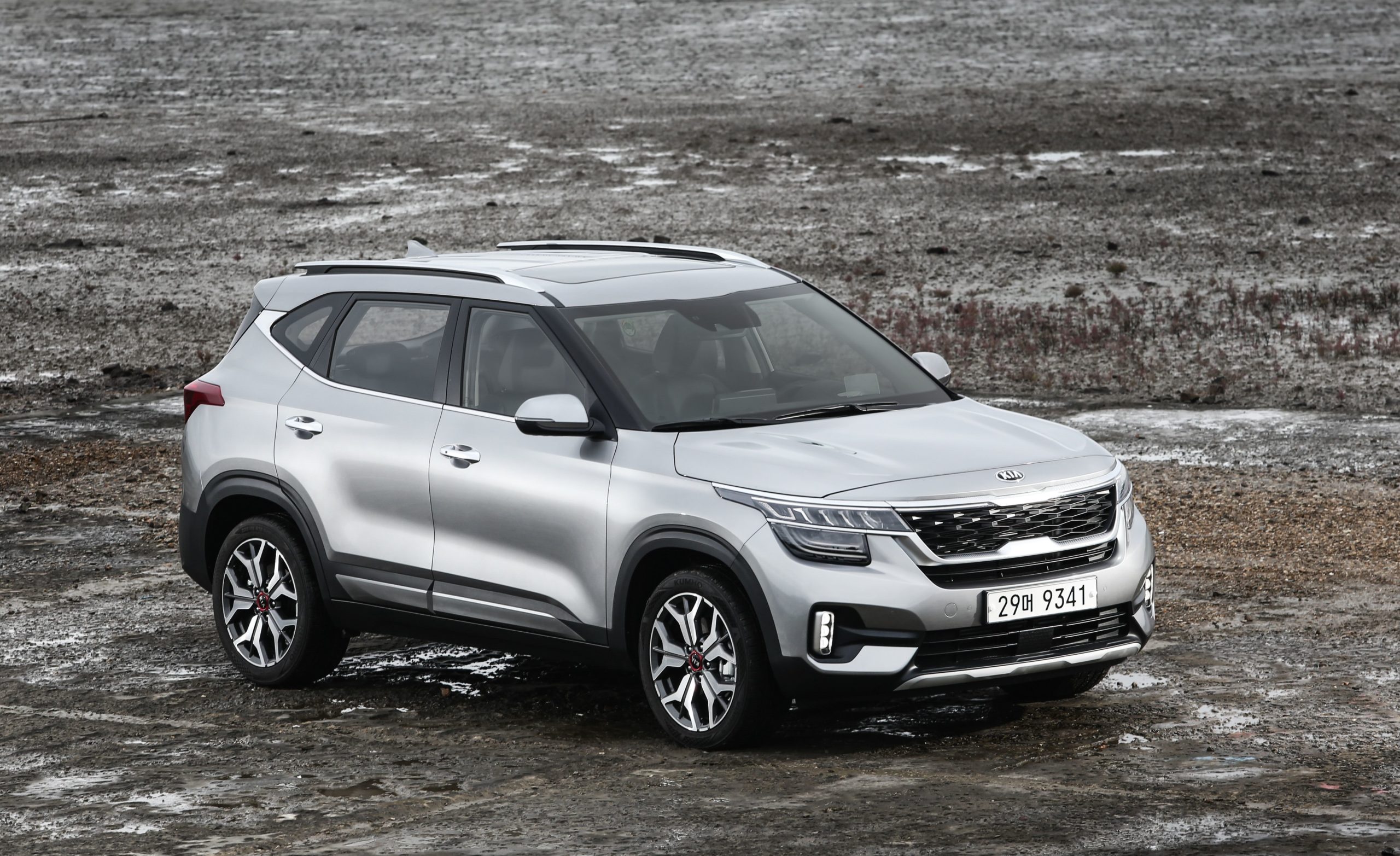 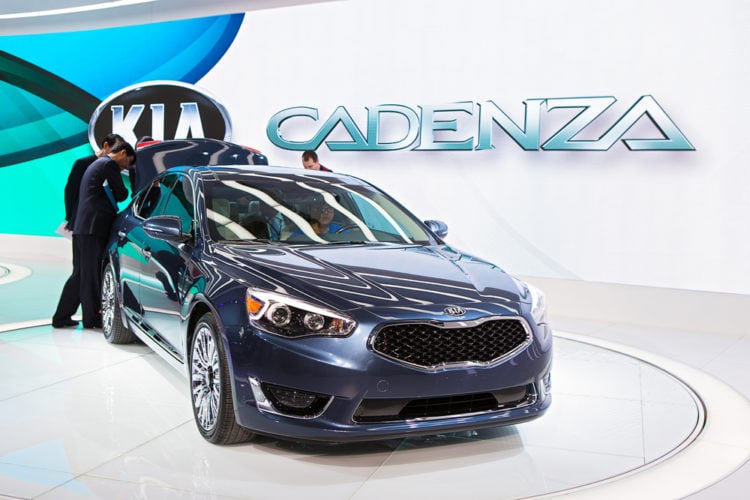 Kia Cadenza is a full-size sedan produced and launched in 2010 by Kia. The sedan is an improved version and replacement of the Kia Amanti. It touched the US soil in 2013 and has sold… 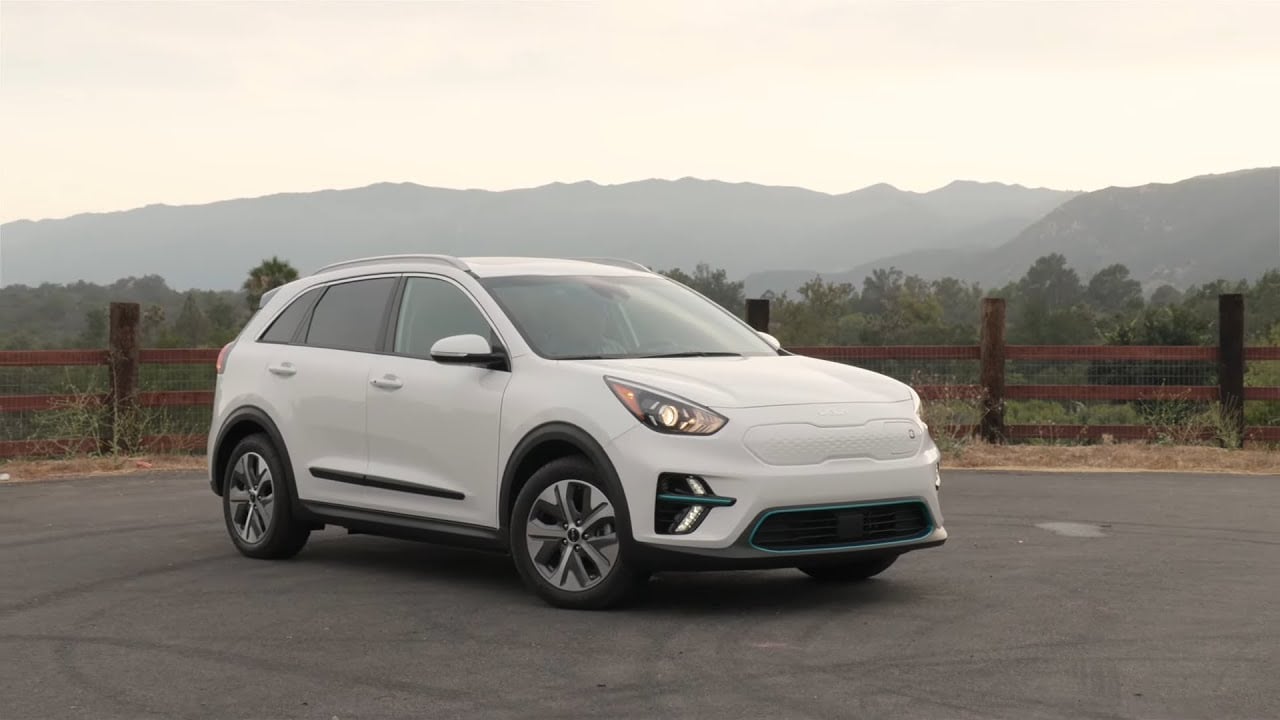 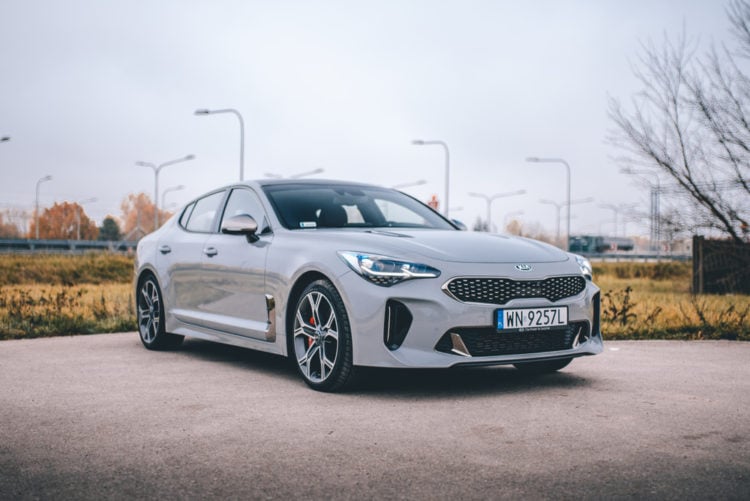