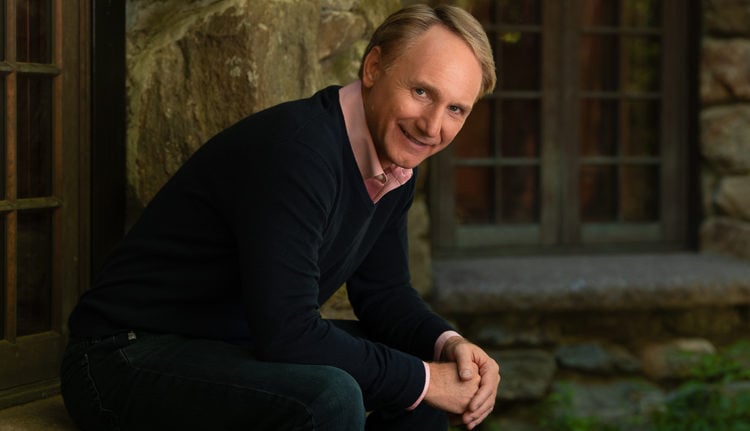 There are a lot of people in the United States and beyond who should recognize Dan Brown’s name. After all, he is a very successful author of thriller novels, as shown by the fact that they have been translated into dozens and dozens of different languages for the purpose of reaching a wider readership than otherwise possible. Due to the usual issues, there is no perfect figure for his current net worth that can be found by interested members of the public. However, there are various estimates that might prove interesting, with examples ranging from Celebrity Net Worth’s estimate of $160 million to TheRichest’s estimate of $178 million.

How Did Dan Brown Reach His Current Net Worth?

For those who are curious, Brown was born in the town of Exeter, which can be found in the state of New Hampshire. Unsurprisingly, a lot of his influences as an author can be traced to his childhood. For example, Brown’s fondness for puzzles can be seen in how he would spend hours and hours on anagrams as well as crossword puzzles in this period of time. This was further encouraged by Brown’s father, who would come up with treasure hunts throughout the house and beyond for Brown and his siblings, which were regular events held on birthdays as well as on holidays

Likewise, Brown’s curious relationship with religion can be traced to this period of time. In the past, he has stated that he was very religious as a child. However, when Brown started studying the scientific account of how the universe that exists came to be, he became curious about how it conflicted with the Biblical account of the same occurrence. In time, This prompted him to ask a minister about the apparent contradiction, which resulted in the very dismissive, “Nice boys don’t ask that question.” Unsurprisingly, said incident caused Brown to gravitate away from religion, though it is interesting to note that his opinions on religion as an adult are quite a bit more complicated than that.

In any case, Brown went to Amherst College. When he was still in school, he spent a year’s time as an exchange student at the University of Seville in Spain, where he enrolled in an art history course. Something that has also presumably had an influence on his writing. With that said, Brown actually spent a few years dabbling with a musical career after his graduation. Something that he took seriously enough for him to move to Hollywood for a time, where he managed to meet his future wife Blythe Newlon while he was an aspiring pianist as well as a singer-songwriter. Eventually, Brown and his wife moved to the state of New Hampshire where Brown winded up becoming a teacher, which is when he became determined to become a writer of thriller novels while he was on vacation in Tahiti.

From 1993 to 2001, Brown contributed to a total of five books. Two of the five books were humor books that he co-wrote with his wife to various extent. Meanwhile, the other three were novels. First, there was Digital Fortress in 1998, which was focused on the ethical as well as the political implications of the government’s surveillance of its citizens’ digital information. Second, there was Angels & Demons in 2000, which was the first novel in which Brown’s best-known protagonist Robert Langdon showed up. Third, there was Deception Point in 2001, which was focused on an intelligence analyst’s effort to determine whether a meteorite said to contain evidence of extraterrestrial life is real or fake but is otherwise notable for being the last Brown novel to have a protagonist besides Langdon. Initially, these three novels were met with a cool response, as shown by how all of them had fewer than 10,000 copies in their first printings. However, that proceeded to change when Brown released The Da Vinci Code.

The passage of time has made it difficult to remember the incredible impact that The Da Vinci Code had on pop culture. Said book was savaged by critics because of its historical inaccuracies, which is unsurprising when Brown started by claiming that the Priory of Sion was a real organization even though the experts’ consensus is that it was created by an anti-semitic, ultranationalist French fraudster named Pierre Plantard for the purpose of claiming that he was a legitimate descendant of the Merovingian king Dagobert II. Something that at certain points in time, came with the implication that Plantard was thus the true king of France. For context, this is hilariously nonsensical because the Merovingians were removed from their throne by Charlemagne’s father Pepin the Short, meaning that this happened before Charlemagne’s empire split into the East Francia and West Francia that would become the bases for Germany and France. Unsurprisingly, this means that the Merovingians are wholly irrelevant even for French monarchists, who tend to be focused on either the House of Bonapart, the House of Bourbon, or a cadet branch of the House of Orleans.

Regardless, The Da Vinci Code proved to be very successful, so much so that it had managed to sell more than 81 million copies by 2009. Moreover, the runaway success of the novel had a beneficial effect on the rest of Brown’s novels, with the result that all of its predecessors managed to hit the bestsellers lists as well. None of Brown’s subsequent releases have managed to hit the same heights, but they have managed to prove successful as well, as shown by how his latest novel called Origin had an initial printing run of 2 million copies. Suffice to say that this is a rather substantial figure that should make it even clearer how Brown has managed to build up most of his current net worth.

Currently, Brown is in his mid 50s. As such, there is plenty of reason to believe that he will be able to continue writing his novels for years and years to come, which in turn, makes it very likely that his net worth will continue to increase so long as he can continue convincing interested individuals to read his writings.