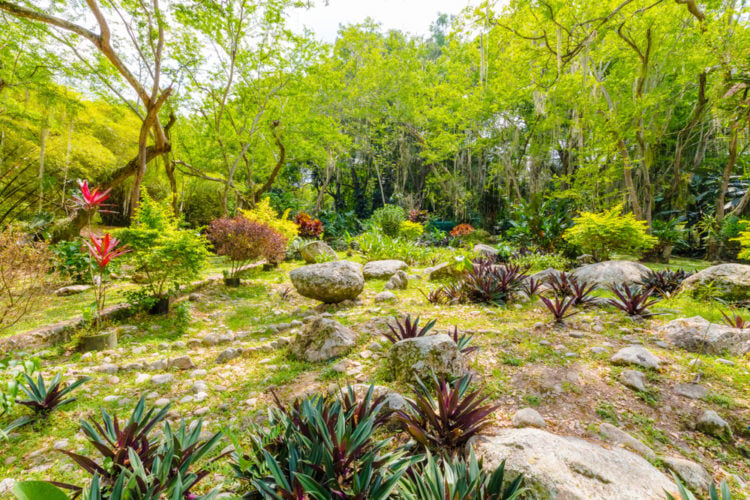 Bucaramanga is the capital city of Colombia’s Santander department, and it is known as the pretty city of Colombia. Although it is not a big tourist destination like Cartagena and Santa Maria, Bucaramanga is a place worth visiting. It is known for the beautiful landscape and ancient towns that surround the city and for its many parks. If you plan to visit this location, the following are the 20 best things to do in Bucaramanga in Colombia to help you plan your visit. 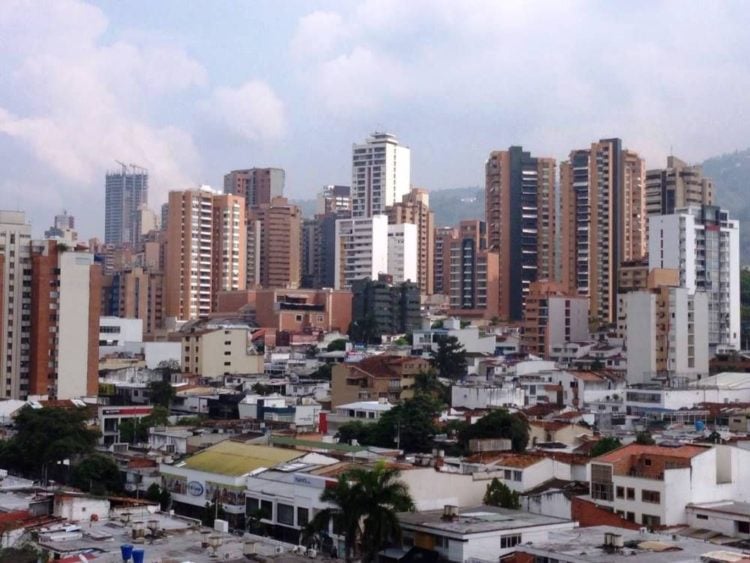 Although many of the activities in Bucaramanga are for the daytime, there are also things to enjoy in the evenings. There are ten universities in the city, so it has a vibrant nightlife. The best neighborhood to visit for a good night out is Cabacera, as there is music, dancing, bars, nightclub, evening entertainment, malls, cinemas, and plenty of restaurants. The locals also hang out at Parque Las Palmas in the evenings because it is surrounded by restaurants and bars. Those who prefer to dance the night away in a big club should head to La 33. 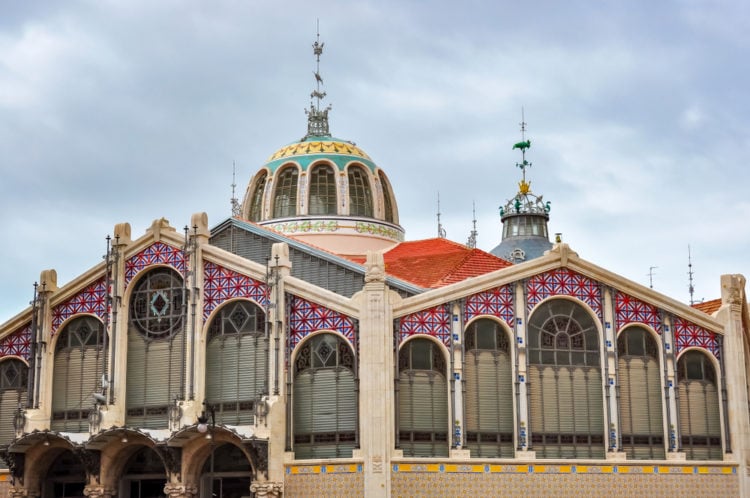 Mercado Central is a four-story indoor market where local farmers and producers sell their goods. In addition to the stalls selling freshly butchered meat, fruit, and vegetables, there are also stalls selling cheese, shoes, clothes, flowers, and Santandereana handicrafts. If you head up to the fourth floor of the market, there is a food court where you can grab a budget-friendly lunch. 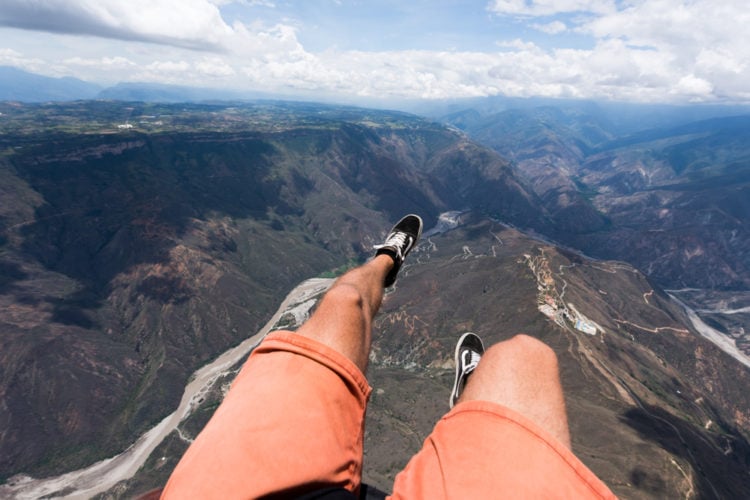 The Crazy Tourist recommends trying paragliding if you are someone who enjoys getting outdoors and trying new things. It is the ideal activity for adrenaline junkies, and it is also a fantastic way to enjoy a bird’s eye view of the hills surrounding the city. Newbies go on tandem paraglides strapped to an experienced instructor. If you are in the area for a while, you can book yourself on a course to become a paragliding pilot. 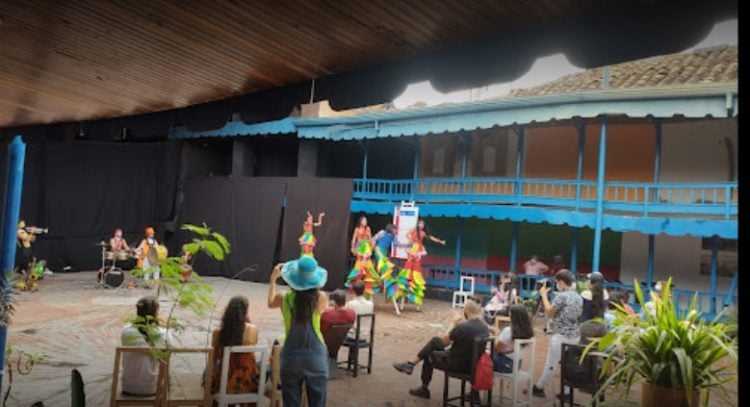 17. See a Performance at the Teatro Coliseo Peralta

Theater lovers can include watching a performance at the Teatro Coliseo Peralta in their vacation itinerary. The theater is a Spanish theater corral, which is a large central courtyard with a stage at one end. It was built in 1887 and inaugurated in 1893. The theater was declared a National Monument in 1975, then underwent an extensive restoration ten years later. It was not given its current name until the 1940s, and during that period, the theater was used for cock fights, ice skating, prayers, and even as a mechanics workshop. Now, it has returned to its original purpose as a theater for performing arts, and there is a jam-packed schedule of a diverse range of performance genres. 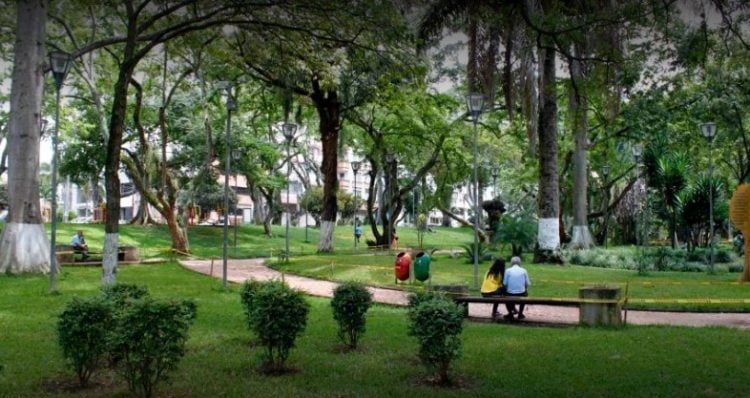 A picnic is a cheap way of eating out during your vacation while also taking in pleasant surroundings. One of the best places to enjoy a picnic in Bucaramanga is Saint Pio Park. The park is in a central location that is easily accessible, and it is used as a meeting point by the locals. The green space allows you to relax while also enjoying watching the daily activities in this urban location. On Saturday mornings, the park is used as a venue for a market. The park also has its own church and a children’s playground. 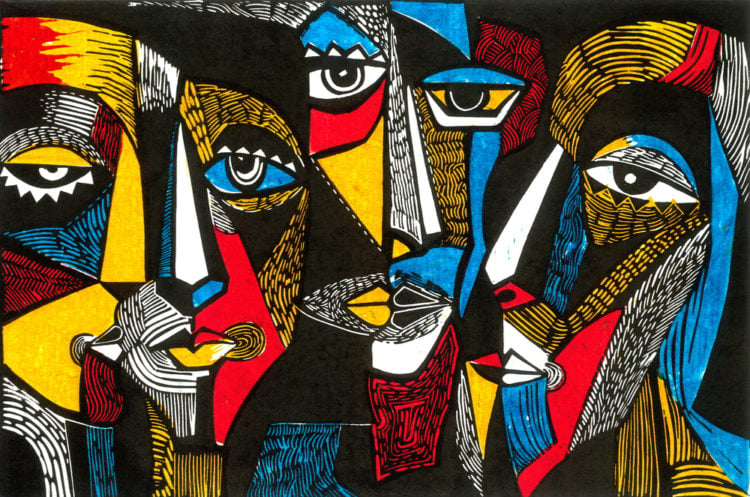 15. See the Artwork at the Museum of Modern Art

Bucaramanga’s top attraction for art enthusiasts is the Museum of Modern Art. It is a small museum that was founded in 1959 to host local and national events. In the permanent collection, there are more than 200 artworks on display. There are also two exhibition centers that are used for traveling collections of unique artworks. Two of the museum’s most famous artworks are ‘Custodia Mayor No. 2’ by Ricardo Gomez Vanegas and ‘Recuerdos de Machu Picchu’ by Eduardo Ramirez Villamizar. The museum also hosts workshops that take place on a terrace, although you will need to book a place in advance if you wish to participate. 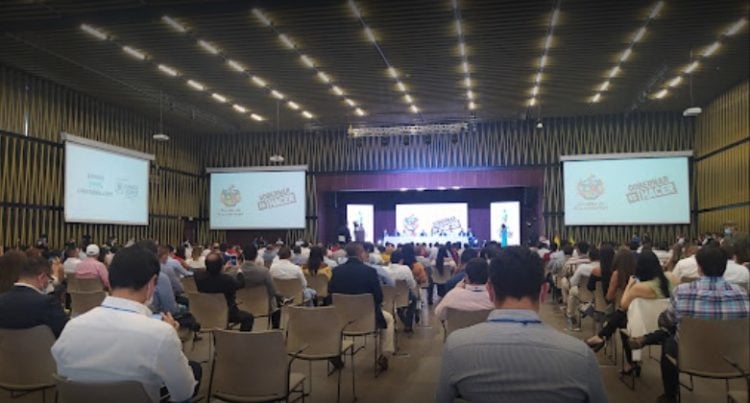 14. Attend an Event at the Neomundo Convention Center

Neomondo Convention Center is a must-see for those who are interested in education and the arts. The center has undergone a significant and costly refurbishment, and it now boasts 3000 rooms, many of which have high-tech equipment. Neomundo Convention Center is used as a venue for some of the city’s biggest events, and some of these last for many days, so it is likely there will be something to enjoy while you are in the city. The center is also used for business conferences, private events, and as a wedding venue. 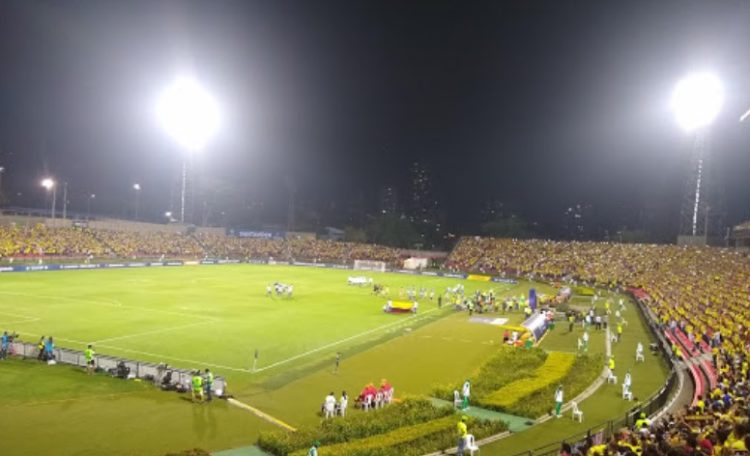 13. Watch a Game at the Alfonso Lopez Stadium

If you are a soccer fan, then you can catch a game during your visit if you are lucky. The local soccer venue is the Alfonzo Lopez Stadium, which can accommodate up to 25,000 people. You can visit their Facebook page to check out the dates and times of the matches. 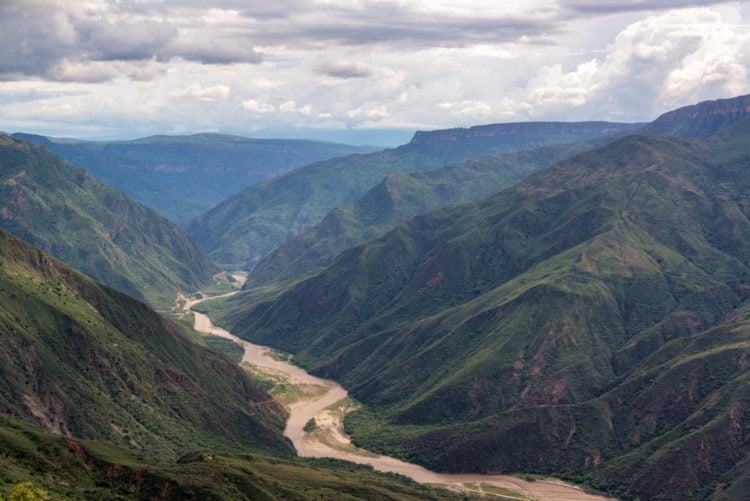 Bucaramanga is known for being a pretty city that has multiple green spaces and parks, and each of these has something different to offer. While some are simply grassy spaces where you can relax and enjoy the greenery, others offer multiple activities, such as trails, children’s playgrounds, and sports facilities. During your time in Bucaramanga, you should spend some time exploring the various parks in the city. 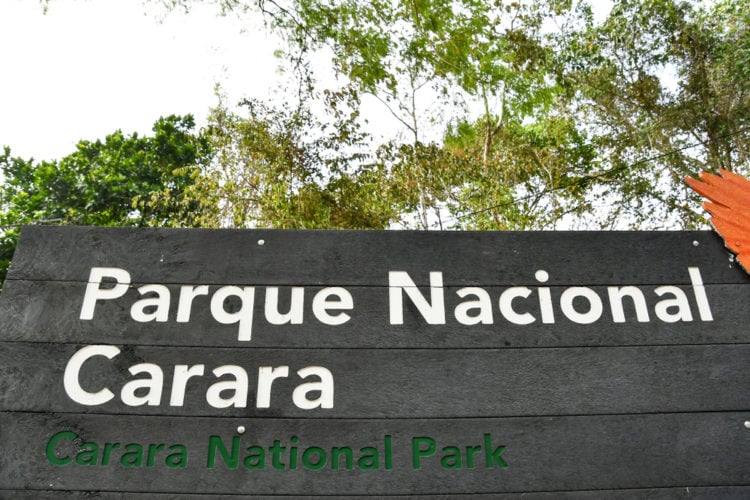 11. Have Fun at the Parque Nacional de Chicamocha Waterpark

The best place in Bucaramanga to enjoy some water-based fun is at the Parque Nacional de Chicamoch Waterpark, which is based within the national park. The waterpark is set on top of a mountain, and there is a canyon on either side of the park. Therefore, it has some of the most spectacular views of any waterpark in the world. Visitors access the park by taking a gondola ride up one side of the canyon, then departing by taking another gondola ride down the canyon on the other side. There are multiple pools, slides, and rides to enjoy at this attraction, so it is a great day out for all the family. 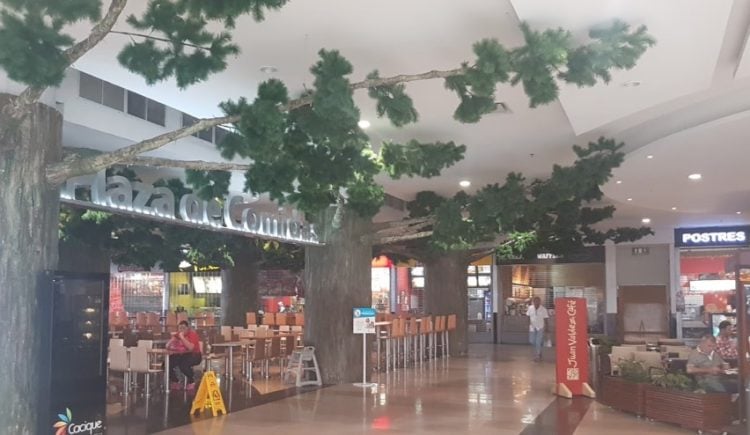 If you want to set aside a day of your vacation for shopping, then the place to go is the Cacique Shopping Center, which is also known as the Cacique el Centro Commercial. There are shops selling big brand clothing alongside boutique stores and shops selling many other products. In addition to the shops, there are also restaurants where you can grab a bite to eat. Furthermore, the shopping mall is used as a venue for various events and performances. When you have filled your shopping bags, head to the top floor of the shopping mall, as you can enjoy panoramic views across the city. 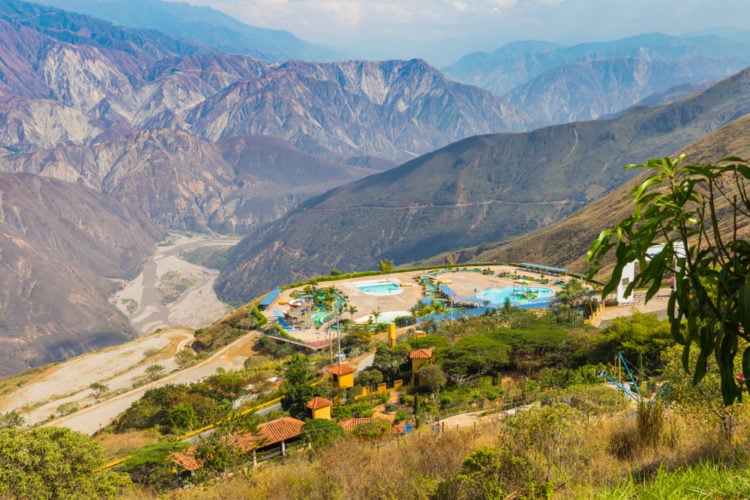 Trip 101 recommends spending a day at the Chicamocha National Park. The dramatic slopes of the Andes surround the park, and there are green landscapes, a deep canyon, and a river running through the park. You can enjoy an abundance of activities in this national park, including hiking, climbing, fishing, kayaking, rafting, and spelunking. Visitors can also rent a dune buggy, take a ride across the canyon in an aerial cable car, or meet the birds at the ostrich farm. Furthermore, it is possible to spend the night at the park as there are campsites. 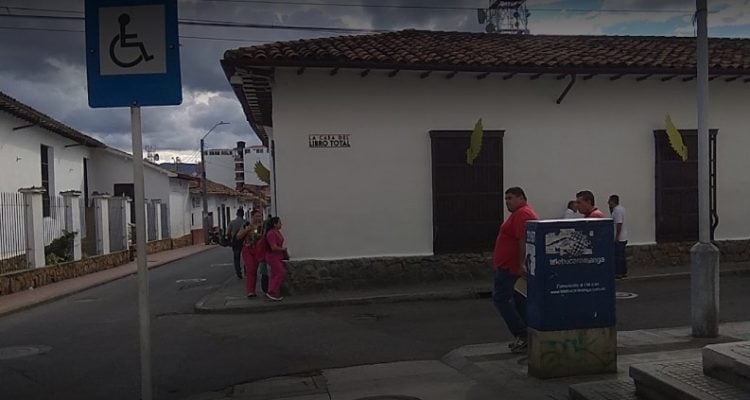 8. Enjoy a Musical Performance at the Casa del Libro Total

Casa del Libro Total is a cultural center in Bucaramanga, and there are various events and performances held at this venue throughout the year. Check out what is going on during the time of your visit before you depart so that you can plan your visit for a time when there is something on that appeals to you. Another place where you can catch a performance is at the Cineteca Public, which is an official national treasure. The building’s courtyard is used to host musical performances and special events. 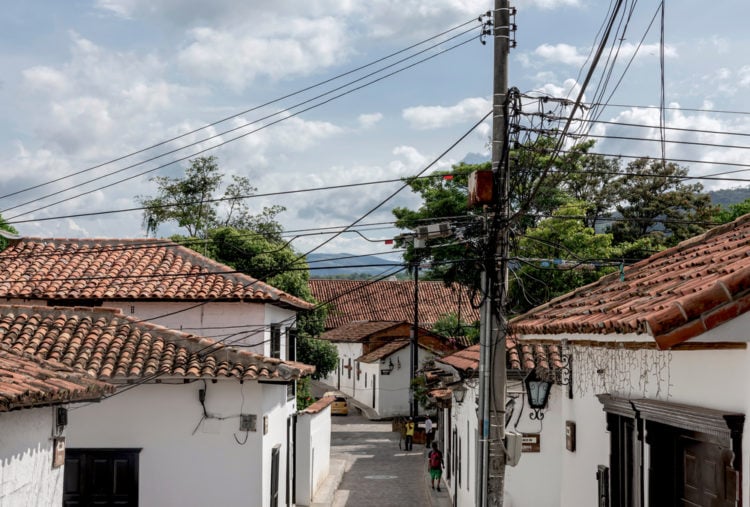 7. Visit the Heritage Town of Giron

The Culture Trip recommends visiting the heritage town of Giron during a stay in Bucaramanga. It is one of Colombia’s 17 heritage towns, and it is less than six miles from the city. Therefore, it is an accessible place to visit for a day trip. It is a quiet town with a history spanning more than 500 years, and you can walk down cobbled streets past whitewashed buildings. You may notice that the weather feels warmer than in the city, and that is because Giron sits in a deep valley. 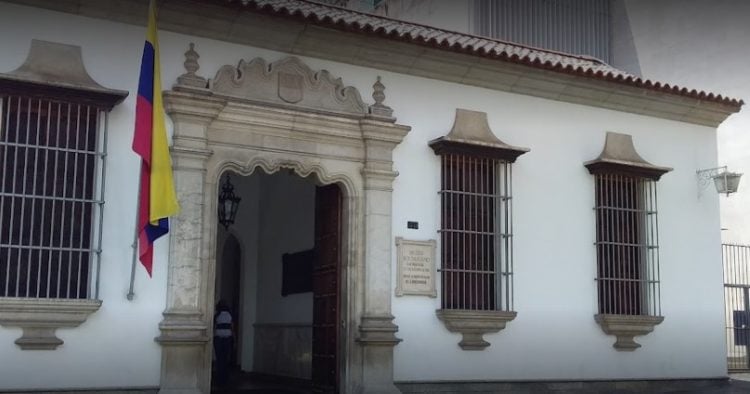 6. See the Exhibits at the Cas de Bolivar Museum

Simon Bolivar was a South American Liberator during the 19th century. There are multiple museums dedicated to Simon Bolivar that were once his former homes, and one of these is located in Bucaramanga. The Casa de Bolivar Museum is set in a beautiful colonial house where Bolivar lived in 1828. Most of the museum is dedicated to regional history. There is also a section devoted to the Guane indigenous people who once lived in the region, and exhibits include several mummies of the Guane people, paintings, weapons, and various other historical artifacts. 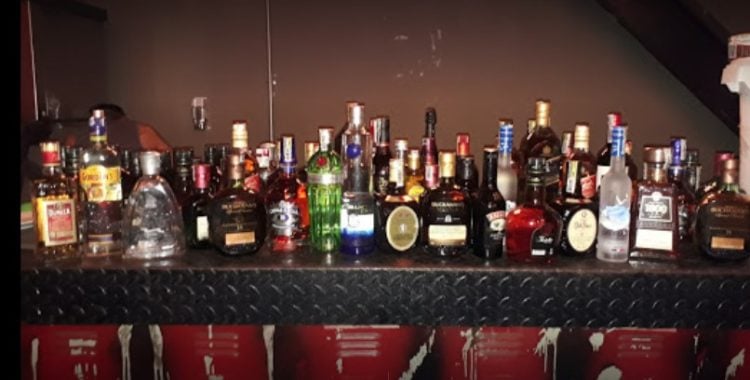 5. Relax with a Drink at Skybar

There are plenty of places where you can enjoy a drink in Bucaramanga, but one of the hippest places is Skybar. The bar is on the 18th floor of the Holiday Inn Hotel, but it is open to both guests and the public. It attracts a younger crowd, and one of the best features of the bar is the 360-degree views of the surrounding city.

4. Sample the Local Cuisine at Cabron

Many people consider eating the local cuisine a vital element of absorbing themselves into the culture while on vacation. Multiple venues serve local dishes for you to sample during your visit, but one of the best is Cabron. The menu at this restaurant consists of traditional Santander dishes, such as a dried beef called oreada and a dish of baby goat and rice called cabrito con pepitoria. Another great way to sample the local cuisine is to stop by the food stalls at the local markets. 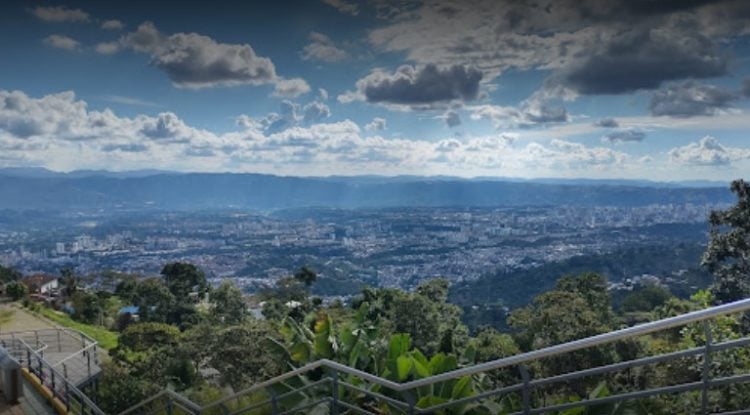 3. Take in the View from Cerro del Satismo

If you want to enjoy panoramic views across Bucaramanga and the surrounding area, then head to Cerro del Santismo, which is within the urban area of Floridablanca that borders the city. A 131-foot statue of Jesus sits atop a hill. You can take a cable car to the top of the hill before climbing the steps to the viewing platform at the top of the statue, which is the highest vantage point overlooking the city. Although it is a challenging climb, it is worth the effort to experience the breathtaking views. 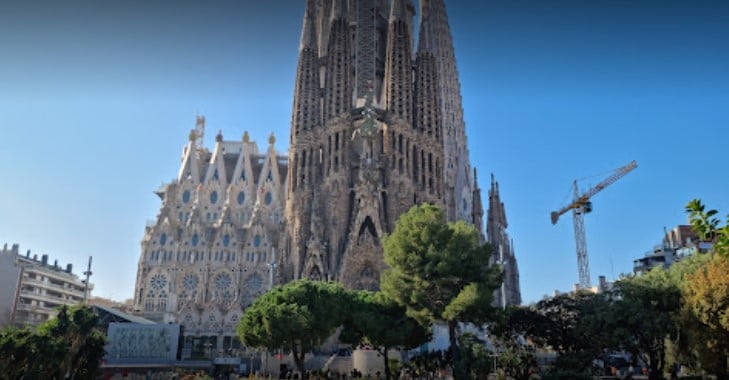 One of the most significant landmarks in Bucaramanga is the Sagrada Family Cathedral. It is the city’s best-known and most important religious building. The cathedral’s exterior has a bright white façade, while the interior features ornate details. It looks completely different if you visit at night when it is illuminated and looks magical.

One of the best things to do in Bucaramanga is to go to the Eloy Valenzuela Botanical Gardens, one of the city’s most popular outdoor attractions. The gardens span 19 acres and include a picturesque lake, multiple trails, and lovely woodlands. The themed gardens have more than 3,500 native plant species, including mosses, orchids, and palms. You will also see various animals as you stroll around the gardens on the well-maintained trails, including ducks and iguanas. 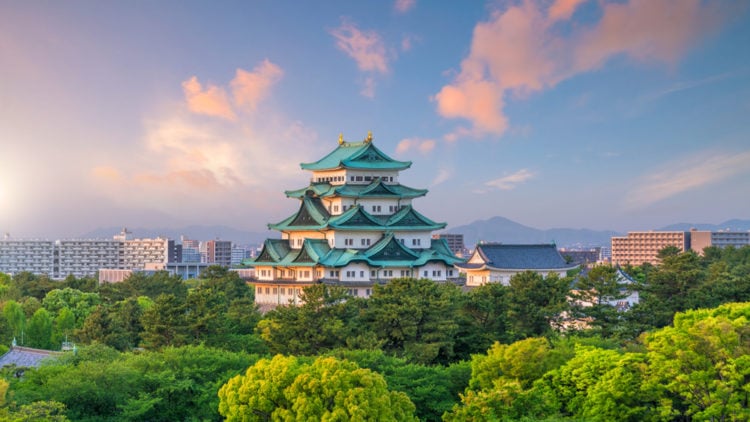 When visiting a new location, it makes sense to plan your… 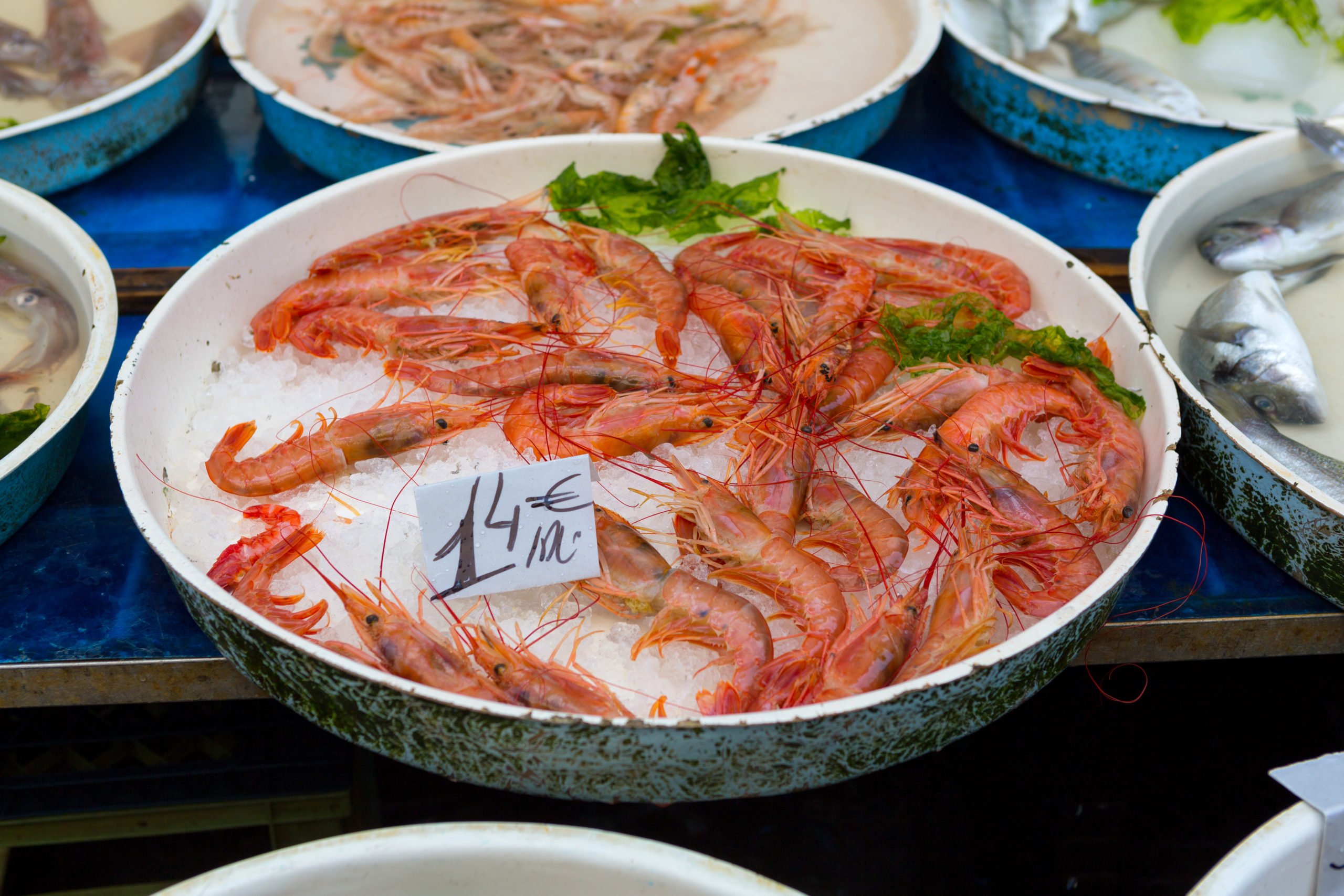 Although there are many dining options in New Jersey, seafood restaurants… 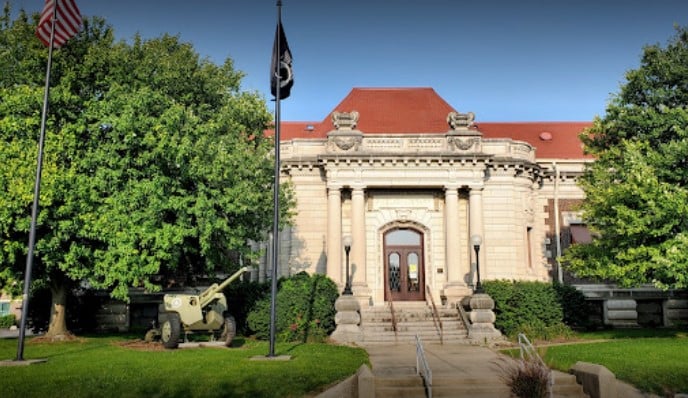 What have you heard about Danville apart from hosting a great… 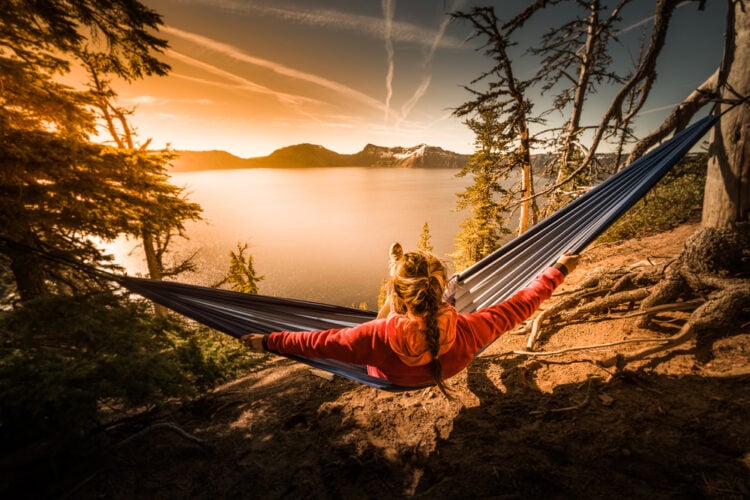 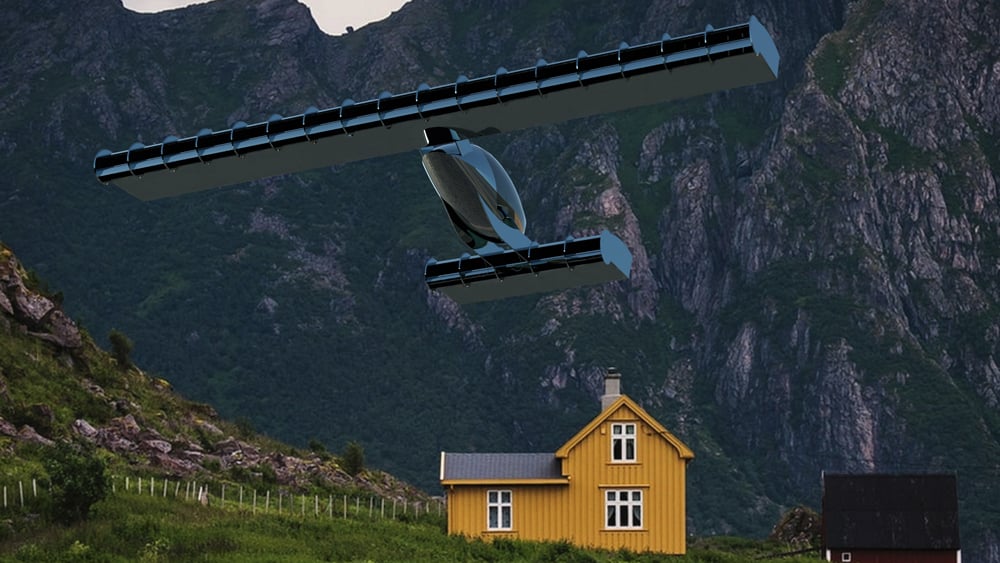 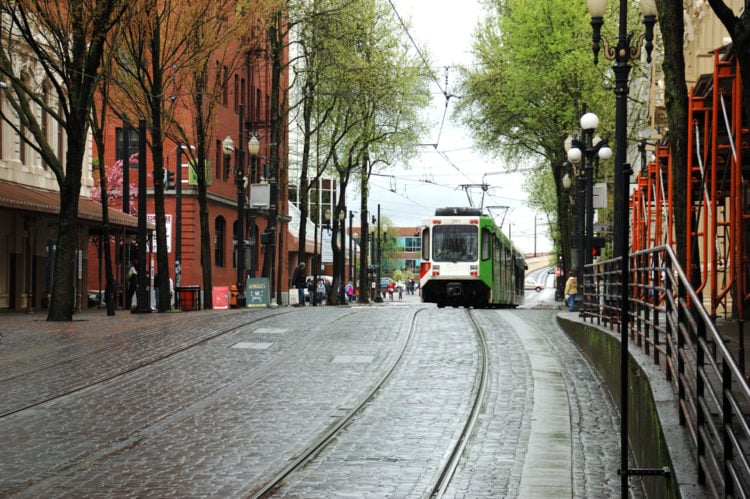 Portland, Oregon is often referred to as one of the best…