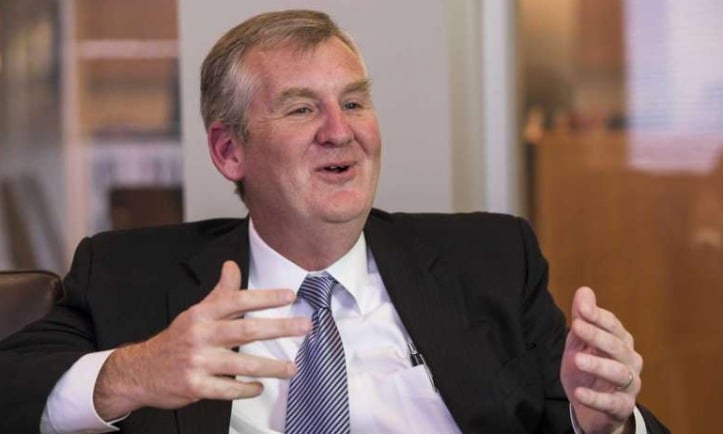 Thad Hill is the CEO as well as the President of Calpine. For those who are curious, Calpine is a power generator that uses natural gas as well as geothermal resources, so much so that it is the single biggest power generator in the United States when it comes to generating electricity from natural gas. As such, it makes sense that it can be found on the Fortune 500 list. Here are 10 things that you may or may not have known about Thad Hill:

Hill came from Athens, GA. In short, said city is home to the University of Georgia. As such, it should come as no surprise to learn that Athens has a strong student culture that plays an important part in its cultural landscape. In fact, the student culture is one of the factors that have brought about a booming music scene that has produced a number of bands such as R.E.M. and The B-52s that are famous on a national level and beyond.

3. Went to Tuck School of Business

Eventually, Thad Hill went to Dartmouth College’s Tuck School of Business for his MBA. Supposedly, he chose Tuck rather than one of the other possibilities that exist out there because he wanted a program that would provide him with a general education in the relevant topics rather than a program that would cause him to specialize in one topic in particular.

4. He Had Another Reason for Choosing Tuck As Well

However, Hill had another reason for choosing the Tuck School of Business as well. In short, he had spent some time in big cities such as Chicago and Bueno Aires in between his education, with the result that he was ready for a change of pace in a small town with plenty of opportunities for outdoor recreation. Since Dartmouth College came with very convenient access to Dartmouth Skiway, well, suffice to say that Hill made very good use of said location while he was studying for his MBA.

5. Might Have Spent a Bit Too Much Time at the Dartmouth Skiway

With that said, Hill might have spent a bit too much time at the Dartmouth Skiway, seeing as how he found himself riding beside his finance professor Kenneth French on the chairlift on the day before the final exam in his first year. Perhaps unsurprisingly, Hill proceeded to head home so that he could exert maximum effort to make sure that he would be ready for what was coming the next day.

6. Has Been Known to Guest Lecture

Being a CEO tends to be pretty time-consuming to say the least. However, it is interesting to note that Hill has managed to find the time to interact with the Tuck School of Business in various ways. For instance, he has been known to serve as a guest lecture at the school, where he contributed to a course called Energy Economy. Since Hill is responsible for running a power generator, it seems safe to say that he has a fair amount of knowledge about the supply of energy in societies as well as how it is used.

7. Has Led the Corporation in Going Private

Hill was the one who led Calpine in the process of becoming a private corporation, which was made possible by the Calpine leadership managing to find a collection of investors who were willing to pay a premium for the outstanding shares. This was carried out so that Calpine could free itself from the constant need to placate its shareholders, thus enabling it to pursue the more long-term strategies needed to keep it competitive in a fast-changing field.

8. Can Make Faster Decisions As Well

Speaking of which, it is interesting to note that the change has enabled Hill and the rest of the Calpine leadership to make faster decisions as well. Essentially, they no longer have to persuade and placate the investors on a constant basis, which means fewer obstacles to decisions being implemented as well as more free time with which to make those decisions in the first place.

9. Seems Like the Kind of Person Who Chooses His Words with Care

Judging by the Chron interview, it seems safe to say that Hill is the kind of person who chooses his words with care. For instance, while he said much about the differences between running a public company and running a private company, he hasn’t offered an opinion on whether one is better than the other. Moreover, when he was asked about whether he was less reserved about what he says since going private, he sidestepped the question by stating that going private means that he can just go about focusing on his duties and responsibilities as the CEO without having to say anything to various concerned stakeholders.

Since Calpine uses natural gas as well as geothermal resources, it produces less carbon than a lot of its counterparts. However, it is still a major player in a field that is seeing a huge shakeup and is expected to continue seeing a huge shakeup because of the increasing importance of renewable energy, which is one of the main reasons that Hill and the rest of the Calpine leadership wanted more leeway to carry out long-term strategies to put the corporation in a better position to compete in the energy market that is expected to come into existence.