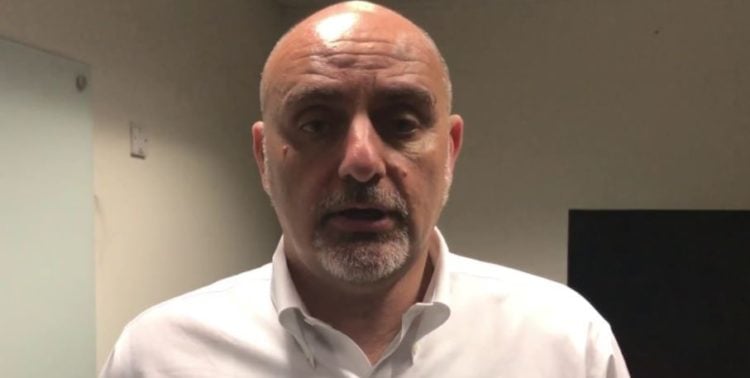 Carlo Gualandri is the CEO and founder of Soldo, an expense account that enables businesses to control their spending. The company has recently acquired unicorn status after Temasek led a fundraising round worth $180 million. Even after such a significant achievement, Gualandri was humbled, saying that he looks forward to what he can accomplish with the money raised. As he marches on towards making strides in the spend management market, let’s look at a few facts about the CEO to help you know more about him.

1. Why He Moved to England

According to Breaking Latest News, Gualandri moved to England because he wanted his children to get out of their comfort zones and be exposed to a broader world. After learning so much about the importance of Italians having the right attitude as a prerequisite towards becoming great entrepreneurs, he also wanted to move out of his comfort zone of staying in Italy.

Gualandri had already had experience using Fineco and Gioco Digitale that borrowed their names from the Italian language. However, when he wanted to start his company, the CEO thought about combining different English words to create a unique name. None of the combinations appealed to him, so he settled for an Italian word that means “penny.” He explained that “Soldo” is an Italian term referring to the currency in which Italian soldiers were paid. He also understood that Italian is widely appreciated thus settled for it. The CEO acknowledged that although the word lacked originality, it was awesome.

3. He Believes Italy is not Conducive for Running an International Business

In his interview with Startup Business, Gualandri said that Italy is a challenging country, and the only reason Italians have survived is that they acquired survival tactics through being creative and intelligent. Therefore, he advises anyone in Italy thinking about operating a business internationally to move out if the need arises. The CEO explained that Italy has a fragile ecosystem that is unfriendly for international trade, especially when seeking to recruit the right talent and support as the firm expands.

4. What Matters to Him is Getting Returns for Investors

Gualandri talked to Yahoo Finance UK and said that raising a lot of money is not essential if it is not being used to get more returns for his investors. Therefore, even after fundraising, the CEO would not divulge the exact details of Soldo’s valuation, preferring to give a rough estimate of a couple of hundred million. He reasoned that raising loads of money is not as great as people think, saying that it is instead a big challenge as investors expect value for their money.

5. The Problem He Wanted to Solve

According to Business Insider, Soldo can track payments in real-time and can grant access to an account or revoke it, depending on the transactions. For instance, if there are any suspicious transactions, Soldo provides real-time updates, which get to the managers who can respond accordingly to the notifications. Therefore, humans react to an algorithm that flags any fraud-like patterns, making Soldo unique. It is also what Gualandri was looking to solve when he created Soldo.

6. He Doesn’t Think There Will Be Other Successful Fintech Banking Startups

For any startup to be successful enough to reach the breakeven point, it must be solving a problem in the market. For this reason, businesses seek to see where the gap is and step in to fill it. Gualandri believes that PayPal is the first and only platform to recreate what banks offer and remain successful so far. The CEO argued that there is no money in the consumer market for other fintech banking startups to get a slice of the pie because offering what banks already do is illogical. It was therefore vital for him to set himself apart when he established Soldo.

7. He Understands That The Customer is Always Right

For the CEO, understanding the market is the first step towards creating a good product but recognizing that the customer is always right will determine how quickly you succeed. No matter how great your products are, it is futile if they do not think it solves their problems. Luckily, he realized this, and even if Soldo had top-notch features, he noticed most consumers were not interested in them. He had to engage another team to make the product more user-friendly by hiding the high-end features which will be unleashed when customers want them.

8. How He Came Up with the Idea to Start Soldo

For a long time, Gualandri had an itch to solve the problem of controlling money owned by a subject but managed by others. He had already seen firsthand how his son mismanaged a credit card to play games on the PlayStation. While this was enough to fuel him to think about a solution to his problem, it was not until he was denied some money that he knew things changed. Gualandri wanted the bank to open a line credit of credit amounting to $40,000, but they refused, not knowing that he had the money and wanted to spend it.

9. He Has the Midas Touch

According to Crunchbase, Gualandri has had several innovative companies that have all been successful. In 2006, he founded Gioco Digitale, one of the first online gaming platforms in Italy. It grew to become the largest operator in the country’s online gaming market. Thus Bwin acquired it in 2009. In 2012, he established Intent Ventures, a technology startup incubator that has since given birth to other companies in the regulated mobile and social gaming market.

10. Why He Chose to Launch Soldo as a Family Account First

At first, the expense account was pitched to parents interested in tracking how their children spent the money given to them. It became a great start towards seeing how group banking would be made possible and easier. It helped Gualandri tackle the problems experienced and improved the features before launching it in the larger market.