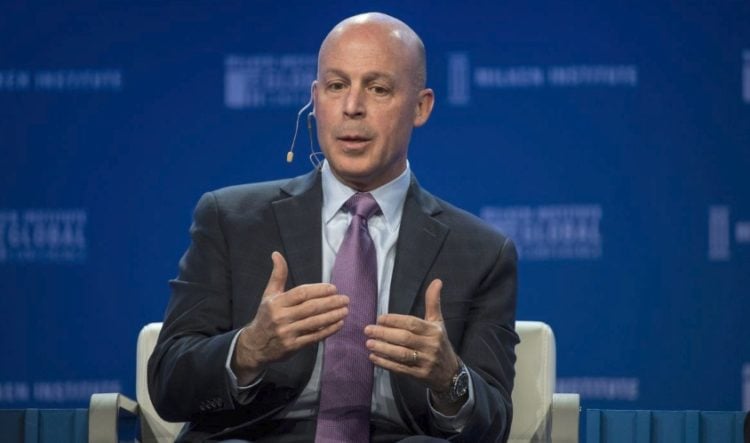 Mark Alles is the CEO of the Celgene Corporation. He was appointed to the position in March of 2016. He has an interesting background although he’s not one to step into the spotlight. To help you become more familiar with this successful executive, here are 10 things you didn’t know about Mark Alles.

1. He didn’t start at the top at Celgene

When Mark Alles joined Celgene in 2004 and was Vice President of their Global Hematology Marketing group. He spent five years in this position before being promoted to the company’s America’s Region as the President of the operation in 2009. He received a series of promotions after that in 2012, as the Executive Vice President and Global Head of Hematology and Oncology from 2012 through 2014, then another as President and Chief Operating officer from 2014 through 2016 before being appointed as the CEO and then in 2018, Chairman of the Board.

2. Mr. Alles was in charge of international operations

Mark Alles gained a lot of insight into international relations when he was put into a leadership position within the Americas Region. He was charged with the commercial operations in the Asia Pacific Region including Japan in 2011.

3. Before Celegne, he was an executive at Aventis Pharmaceuticals

Prior to joining Celgene, Mark was a member of the Aventis leadership team from 1993 though 2004. He served in a variety of senior commercial management roles with the company He was also promoted to the position of Vice President of the U.S Oncology division of Aventis during his tenure at the company.

4. He was educated in Pennsylvania

Mark Alles attended school at Lock Haven University in Pennsylvania. He earned his bachelor of science degree from the institution. He was the first member of his family to go to college. In an interview, he shared that he had a love of science and wanted to attend medical school, but coming from a blue collar family, it was too expensive, so he settled for going to college and earning a science degree.

5. He was a school teacher

Alles completed his college and then became a science teacher. He taught at the high school level, but his career in education didn’t last for very long because another opportunity came his way that helped him to fulfill another of his goals in life.

When Mark Alles left the teaching profession, it was to enlist in the United States Marine Corps. When he was age 23, he enrolled in officer candidate school. He achieved the rank of Captain in the Marine Corps and he noted that the leadership structure gave him the knowledge, skills and experience to become successful in the private/civilian sector. After serving in the Marines, he embarked on his 30 year career in the pharmaceutical industry in management and leadership and he worked his way up the ladder.

Mark shared that he learned a great deal about working with people during his time in the service. The things that he considers to be of high priority are showing respect for people, maintaining clarity of purpose when you’re setting out to achieve your established goals and keeping an intensity while doing so. He also recognizes that in order to make a business/company successful, it’s imperative to have the right leaders at each level of the organization, an in addition, nurturing of the people in all levels of the organization is a must.

8. Mr. Alles started his career in pharmaceuticals at Bayer

The first pharmaceutical that Mark Alles worked for was the Bayer corporation and he worked at Centocor prior to the time that it was acquired by Johnson & Johnson. He would continue on in the same industry for thirty years building his knowledge and expertise of pharmaceuticals that would culminate in his current leadership role at Celgene.

9. He serves on multiple boards

Mark Alles’ extensive knowledge of the pharmaceutical industry along with his sharp leadership skills have made his opinions of high value to other companies and their boards of directors. He currently sits on the Pharmaceutical Manufacturers or America board as well as the European Federation of the Pharmaceutical Industries and Associations board.

Another board that Mr. Alles serves on is the Gilda’s Club NYC. This is a non profit organization that dedicates its resources to helping the families of people who are afflicted with cancer. Mr. Alles takes time out of his busy schedule to serve as adviser on this very important board.