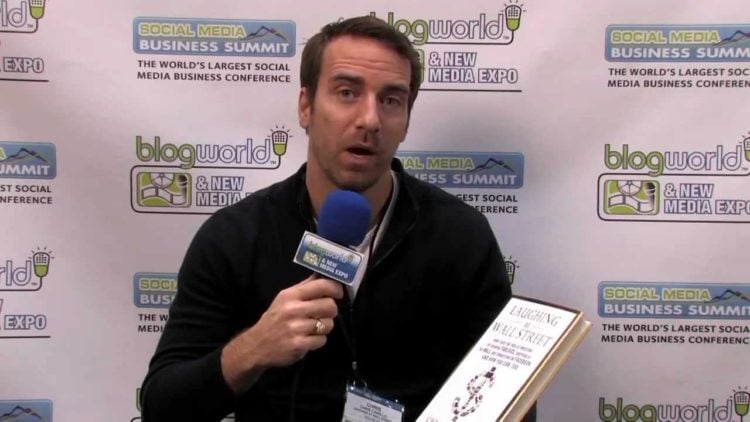 Chris Camillo tends to be best-known for being an investor. Besides that, he is the founder of TickerTags, which is a company focused on collecting social data intelligence. Here’s everything you need to know about the man who focuses on working as an investor.

1. Started Investing During the Great Recession

Camillo started investing during the Great Recession. For those who are unfamiliar, this refers to the period from 2007 to 2009, which was a time of widespread economic woe because of a series of events that started with the bursting of the U.S. housing bubble. Said period knocked a lot of people out of their previous routines, with the result that they made important changes in their lives. In Camillo’s case, he started investing in 2007.

2. Benefited From a Stock Market Crash

Perhaps unsurprisingly, there was a stock market crash in 2008 and 2009. After all, a lot of banks failed in a lot of countries. Furthermore, even more financial institutions would have failed if it wasn’t for swift intervention from a wide range of parties. Simply put, there was a very good reason that the Great Recession was compared with the Great Depression, which is how it winded up with its name. In any case, stock market crashes come with a lot of risks as well as a lot of opportunities because investors aren’t perfectly rational entities with a perfect knowledge of everything that is relevant. As such, it is very much possible for people to benefit from them, as shown by Camillo.

3. Did Extremely Well in Said Period

Having said that, there can be no doubt about the fact that Camillo did extremely well in said period, meaning that he benefited a great deal more than the overwhelming majority of interested individuals. He put $20,000 into the stock market. Using this, he managed to make more than $2 million in returns over a three-year period.

4. Had an Independent Accountant Conduct an Audit of His Returns

It is very common to hear claims about investors making impressive returns on their investments. After all, a reputation as a skilled investor is something that is extremely useful to have, meaning that there are plenty of people out there who are willing to lie for it. As such, it should come as no surprise to learn that there were those who doubted Camillo’s returns, particularly since they were so far beyond the ordinary. However, Camillo had his returns audited by an independent accountant, whose report indicated that he averaged an 84 percent return on his investment portfolio from December 1 of 2006 to November 30 of 2013. Thanks to this, he has credibility because accountants tend to take their responsibilities very seriously for very good reasons.

In 2015, Camillo launched a social data tool called TickerTags. Based on that label, it should come as no surprise to learn that it is used for collecting data off of social media platforms before using that to produce meaningful insights about the latest events. Something that can be very useful for businesses as well as other organizations for obvious reasons.

TickerTags made its reputation based on several predictions. In particular, it is worth mentioning that it predicted the right outcome for the British referendum on European Union membership in 2016, which was a real surprise at the time. Most people expected that “Remain” would win out over “Leave” because that was the safe, sensible, status quo option. This can be seen in how “Remain” was backed by Labour, the Liberal Democrats, the Scottish National Party, Plaid Cymru, and the Green Party while “Leave” was backed by the U.K. Independence Party. Meanwhile, the Conservatives adopted a position of neutrality, though it is telling that the top Conservative leadership at the time supported “Remain” rather than “Leave.” There are a number of reasons why “Remain” lost out to “Leave,” but the fact of the matter is that it did lose, which was a huge upheaval.

Having said that, TickerTags winded up being sold in 2018. The buyer was M-Science, which is a research and analytics firm that takes a data-driven approach to things. Said firm has been around since 2002, having managed to carve out a space for itself by catering to financial institutions as well as corporations.

8. Has an Unusual Investing Technique

Moving on, Camillo has written about the way that he invests. In particular, it is interesting to note that he has a rather unusual investing technique that he calls social arbitrage. Essentially, Camillo looks at social media platforms to get a feel for what the general population is thinking. After which, he tries to get into good opportunities early on, which is critical because people tend to act fast when they believe that they have useful information that they can rely upon.

It is important to note that Camillo isn’t quite interested in chasing every single rising trend that he picks up on social media platform. Instead, he is interested in rising trends that are meaningful in some way, which unfortunately, is a rather nebulous term to say the least. Once Camillo notices something suitable, he then proceeds to check out companies that provide relevant products and services to see if there is something that he can get involved in.

10. Puts Strong Emphasis on Getting In Early

Camillo puts a strong emphasis on getting in early. This is necessary because once the information is out, the stock price will change to reflect that because of investors making their investment decisions. Of course, not everyone will become aware of everything at the same time. As a result, Camillo doesn’t exit from his positions all-at-once. Instead, he will do so bit-by-bit as he sees the price coming closer and closer to fully-reflecting relevant information. Something that can take a period of weeks or even a period of months.