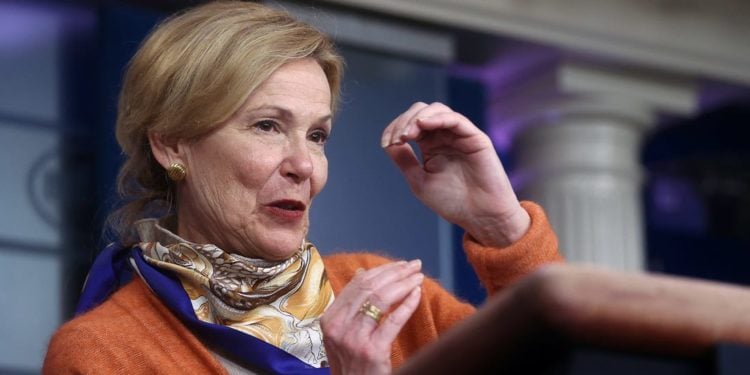 Deborah Birx is an American medical doctor who serves as the White House Coronavirus Task Force response coordinator. She was appointed to this position recently. She has a long and impressive history of service to her country and to mankind and she has made significant contributions to the health and safety of the inhabitants of the United States as well as to the rest of the world. Here are 10 things that you probably didn’t know about Dr. Birx.

1. Dr. Birx is a native of Pennsylvania

Deborah Birx was born in Pennsylvania on April 4, 1956. She will turn 64 in April of 2020. Her mother was Adele Sparks Birx, and she was a nursing instructor. Her father was a mathematician and electrical engineer Donald Birx. Deborah attended high school in the 1970s, first at Lampeter-Strasburg High School before transferring to Carlisle High School where she graduated.

2. She is highly educated

Birx attended Houghton College where she studies chemistry where she earned her bachelor of science degree. She then enrolled at the Hershey School of Medicine at Pennsylvania State University where she received her medical degree in 1976. Birx worked at the Walter Reed Army Medical Center where she practiced clinical immunology and internal medicine. She also worked at the National Institute of Health.

3. Deborah served in the military

Dr. BIrx served in the United States Army as a physician. She rose in rank until she achieved the status of colonel. During her service at the Walter Reed Army Medical Center, she served as the assistant chief of the immunology service which was a division of the Department of Allergy and Clinical Immunology. She was also named as the director of the United States Military HIV Research Program at the Institute of Research at Walter Reed. She made significant contributions to the development of the HIV vaccine clinical trials as a team leader.

Deborah teamed up with Robert R. Redfield, a virologist to co-author an article that dealt with the defective regulation of the Epstein-Barr virus in patients with HIV/AIDS and similar disorders. The article was published in 1986 in the New England Journal of Medicine. Deborah Birx is a respected author and her groundbreaking work laid the groundwork for further research and development.

5. She was a leader at the CDC

Dr. Birx retired from the military and then went to work at the Center for Disease Control. She was appointed the director of the Division of Global HIV/AIDS, which was a component of the Center for Global Health. She served in this high ranking leadership position with the CND from 2005 through 2014.

6. Birx was an ambassador

President Barack Obama nominated Deborah Birx to become the United States Global AIDS Coordinator in January of 2014. She was appointed to the position in April of 2014 on her birthday. She officially became the ambassadors for aiding in targets for treatment and HIV prevention that were set by the Obama administration in 2015 with a directive aimed at ending the AIDS epidemic by the target date of 2030. She is currently a member of the Global Fund to Fight AIDS, Tuberculosis and Malaria Board as of March of 2020.

7. She is an award-winning hero

Dr. Deborah Birx is a hero on the battlefield for the preservation of the health of mankind. She has been fighting the good fight for decades with her leadership in the advancement to find effective treatments for HIVAIDS. She has been the recipient of two prestigious awards for her leadership, her dedication and her contributions through groundbreaking research. She was awarded the Legion of Merit along with two Meritorious Service Medals during her time with the United States Department of Defense. In addition, she was awarded the William C. Watson Jr. Medal of Excellence.

Dr. Birx has a manner that is reassuring as she speaks to the public during frequent press releases and conferences. She has been accused of being deceptive and of painting a rosy picture when the scenario may actually be much worse than she is indicating. Whether you agree with this assessment or disagree, it is important to bear in mind that Deborah Birx has spent a decade of her life in leadership at the CDC and she has a keen awareness of how epidemiology works. This has been her life study and it’s not wise to prematurely judge an expert in HIV/AIDS research who has been right about a great many things in the past until more time has passed. Only time will tell if she is correct or if she is incorrect. She does fail in igniting fear and panic and perhaps a simple accurate reporting of what is currently known without media hype would benefit the nation more than inciting hysteria over a situation that we’re desperately trying to contain.

9. She has helped to save millions of lives already

Birx was a leader in the President’s Emergency Plan for AIDS Relief under the George W. Bush administration. It is documented that thanks to her efforts during this time, anti-AIDS therapies were developed. There were quite literally millions of people around the globe with HIV diagnoses who received the treatment that prolonged their lives or in many cases, prevented HIV from ever moving to the stage of full-blown AIDS.

10. Dr. Deborah Birx is a highly respected physician and epidemiologist

When we review her excellent track record of success, it is not difficult to have confidence in her ability to fairly assess the current situation and express her thoughts to the American public. Her job is to help save lives during epidemics and world health crises. This is the situation that the United States of America and the all countries of the world are in today. Dr. Birx has consistently risen to the occasion and performed with excellence throughout her impressive career of service.