Home
Net Worth
How Evan Spiegel Achieved a Net Worth of $1.6 Billion
Prev Article Next Article 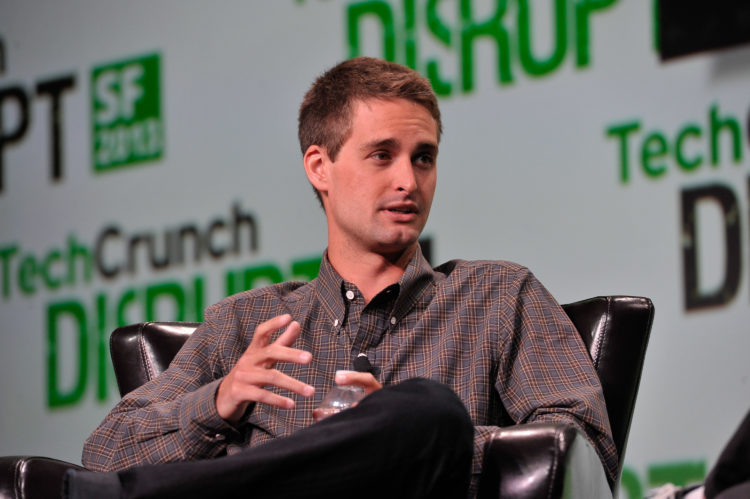 Evan Spiegel is the billionaire who is best known as being the co-founder of Snapchat. The photo-sharing app was the creation of he along with Bobby Murphy in 2011. He wasn’t a billionaire at the time that the company was first launched. His current net worth is estimated to be $1.6 billion, but how did he manage to become so rich? It didn’t take long to discover how he accomplished this amazing feat. Here is what we discovered about Evan Spiegel and how he has come to be so wealthy.

Evan Spiegel is one of the youngest men in the world to achieve the status of billionaire. He grew up in the ritzy part of LA called Pacific Palisades. His parents were lawyers who divorced when Evan was in high school. He attended an exclusive school in Santa Monica with the children of famous celebrities. He grew up in a wealthy family and lived a luxurious lifestyle. After graduation, Evan enrolled at his father’s Alma-mater, Stanford University. It was here that me met Bobby Murphy and Reggie Brown, the two who would co-found Snapchat along with him. He studied product design and the three, who were frat brothers of Kappa Sigma began their work on the project.

He met the first Snapchat investor in a class

Spiegel was inan  entrepreneurship and venture capital class where he was exposed to some of the successful tech greats of the age. After Scott Cook, the founder of Intuit spoke to the class, Spiegel connected with him and he allowed Spiegel to work on one of Intuit’s products. Cook was impressed with Spiegel’s work, although he wasn’t as taken with the notion of disappearing photos in his Snapchat idea. Although he didn’t believe in some aspects of the format for the new company, Cook decided that he believed in Spiegel and his abilities so he became one of the first investors in Snapchat.

The launching of Snapchat

Spiegel didn’t complete his studies at Stanford. He dropped out just a few credits shy of earning the degree. He threw himself full time into Snapchat. He worked with the other members of his team on the app featuring disappearing messages. The first name that they chose wasn’t Snapchat, but rather Picaboo. The headquarters for Picaboo was at Evan’s father’s home in 2012. The name was changed to Snapchat and the business moved to its Venice boardwalk offices.

The dynamics of ownership changed

Prior to the success of Snapchat, Evan lived in his father’s home in Palisades because of the affordable rent. Although raised by wealthy parents, Spiegel himself had not yet achieved a state of wealthiness. He started his multi-billion dollar business from scratch with help from others. Spiegel and Murphy forced Reggie Brown out of the company. He sued the company but they paid him $157 million to bow out gracefully, leaving the two of them as owners in 2013. At this time SnapChat had become such a success that Spiegel was able to purchase a home for $3.3 million in 2014.

Spiegel was approached by Facebook which offered him a sum of $3 billion to acquire Snapchat. He turned Zuckerberg down flat in 2013. Facebook made a clone app of Snapchat called Poke, but it fell flat. In 2014, he and Murphy each took out a $5 million dollar loan from the startup. He met Miranda Kerr, a supermodel in 2015. The couple started dating and then became engaged in 2016. They purchased a $12 million home that had once been owned by actor Harrison Ford. Spiegel plays it smart and keeps much of his business dealings and also his personal life as secret and private as possible. He took out a loan from Snapchat in 2016 of $15 million. The next month he raised $175 million and he repaid the loan in its entirety within a year.

Spiegel changed the name from Snapchat to Snap Inc. in September of 2016. The company that is known for its disappearing pictures is described as a camera company and they offer a variety of different products and services. The company went public under its new name on the second of March in 2017. It has a rough valuation of $33 billion. This increased Spiegel’s personal net worth to $1.6 billion.