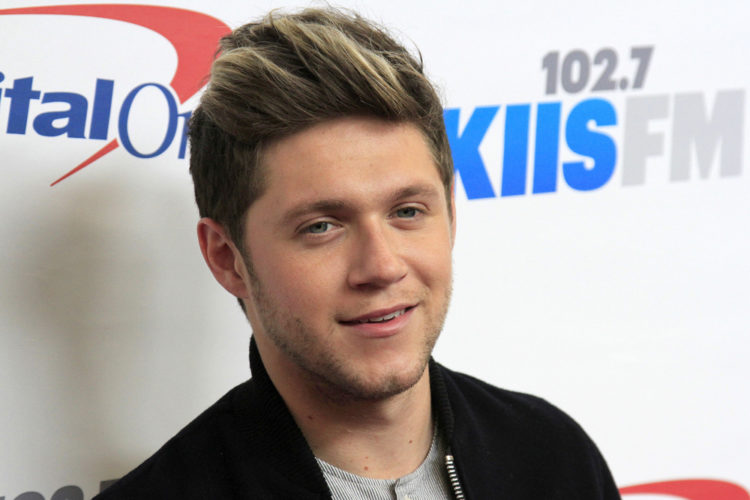 Niall Horan was born on September 13, 1993, in Mullingar County, Westmeath, Ireland. His parents divorced when he was young. He first picked up a guitar when he was 12, practicing for hours. This talent carried over to One Direction. Additionally, he is skilled at playing the piano and mirroring guitar chords with the piano. He was already a performer during high school, acting in plays and singing with the school choir. Additionally, during his teens, he sang in a fundraiser for a local football team, The Shamrocks. Eventually, his music career overshadowed high school. Once One Direction started their rise on the charts, he focused on his rise to fame and not typical milestones like prom.

In 2010, he auditioned for the show the X factor and given a chance on the show. Although he did not make the final round as a soloist, the judges formed a boy band with Harry Styles, Liam Payne, Zayn Malik, and Louis Tomlinson, calling them One Direction. The band lost in the final round, but Simon Cowell was so impressed he sighed the band that night to his label Syco, where they recorded their first album. One Direction had chart-topping success, releasing four albums, Take Me Home, Midnight Memories, and four. All of these albums debuted on the Billboard 200.

When Zayn Malik left the band in 2015, the group began to disintegrate. It was not only his departure but also their intense work schedule. Finally, in November 2015, each member of the group opted to pursue solo careers. Horan’s first solo single, This Town, dropped in September 2016, followed by Slow Hands and Too Much to Ask. His next single Flicker in October 2017 topped the charts.

According to People Magazine, Horan talked about his solo career during an interview and mentioned he didn’t think it would have the same success as One Direction. People also cited an interview he did with Apple Music’s Beats One where he said, “I have stuff that I want to write about. I have a sound I think I’ve got down. It’s a competitive world out there, and if it’s a world where I can bring this sort of music out there and be somewhat successful, I’m happy with that.” The previous year, he wrote the song This Town which shifted his style away from the music genre that made him famous. He feels the lyrics are more personal, reflecting the childhood he gave up pursuing music. In an interview with Mark Goodman and Alan light, One of Horan’s former bandmates disagrees with his thoughts about his solo career. Zayn Malik feels that Horan has the best solo career after One Direction, even saying the music outshines his own. On March 6, 2020, Horan released his second solo album full of raw emotion. A recent breakup inspired this album. Heartbreak Weather was written when Horan began to draw parallels between his separation and the weather. Although it sounds upbeat, the meaning of the lyrics reflects a troubled time for the singer. A lot of the songs follow this pattern. He channeled the 80s when writing them. The final track on the album Still was the quickest one he’s written. Left in an empty studio, he picked up the guitar and didn’t stop playing until he wrote the song.

Another thing that shapes Horan’s career is working with non-profits. Using his passions golf and music, he raised money for childhood cancer during Horan and Rose’s event. It was a huge success and raised thousands of dollars for Cancer Research UK for Children and Young Pople. The event has been ongoing and, to date, has raised almost $1.5 million.

According to thethings.com, Aside from music, he is an avid golfer. He co-founded Modest! Golf Management. The company recruits new players to help them with managing and expanding their careers. They already have an extensive roster of athletes and feel they will grow in the coming years. This venture contributes to his overall net worth. Yet, more importantly it gives him a way to pursue another passion he loves.

Although Niall Horan enjoys a successful solo career and pursing other projects close to his heart, he is still asked about One Direction reuniting. Fans may be getting their wish in 2021. Rumors are circulating that the group is considering reuniting, marking the tenth anniversary since becoming a group on the X-Factor. Unfortunately, as COVID numbers continue to rise, it may be a project for a later date.

He is the second richest member of One Direction, falling behind Harry Styles. When One Direction was still together, he accumulated part of his wealth from music, book sales, and endorsements. His solo career has not been as successful. He is still doing very well, mainly because he still earns residuals from his One Direction days. His debut album included 81 shows in North America, Asia, and Oceana. However, wealth is not only from music but also from his successful golf management business. One additional factor that keeps Horan one of the wealthiest musicians is splurging on items like expensive cars or overpriced impulse items; he keeps his purchases low-key. Although he owns several houses, each is significantly lower than luxury pads you would associate with celebrities who have his fame. Niall Horan’s career started with a humble beginning in Ireland and a passion for music. His appearance on the X Factor catapulted his career to levels he never dreamed. Even though the group that started his road to success is now on hiatus, Horan’s projects continue to amass a significant amount of money. Although the immense marketing during One Directions’ early days set the foundation for his considerable fortune, Niall harnessed that power when promoting his successful solo albums. His side venture, Modest! Golf also contributes substantially to the 70 million dollar net worth.