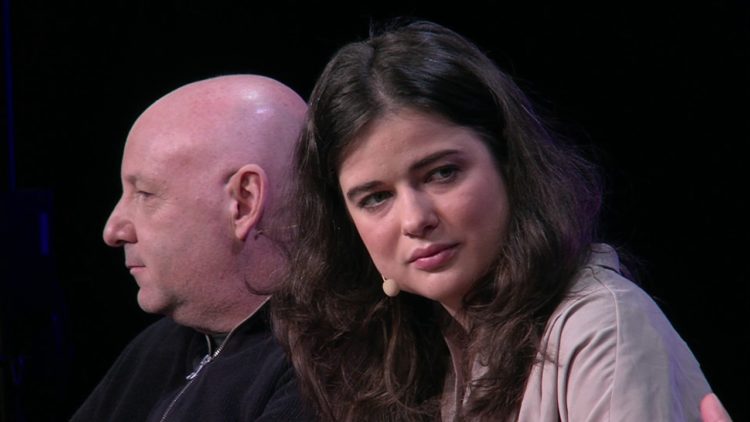 Evgenia Plotnikova joined Dawn Capital in March 2018 as a Principal but was promoted to partner in 2019, becoming the VC’s first female non-founding partner. She is only 32, but her achievements in the world of venture capitalism are worth noting. She was previously a VC at Atomico and prided herself for spearheading the company’s entry into France. However, these milestones would not be possible had she not attended Sciences Po because that is where her interest in startups began while working for the University’s non-profit organization. Below is detailed information regarding what you most likely do not know about the venture capitalist.

According to FinTech Global, Evgenia was listed among the leading young innovators, game changers and entrepreneurs on Forbes’ “30 under 30.” The list attracts nominations from every corner of the globe; each country, however, usually recognizes 600 individuals from 20 different industries. The 2020 list for the US Canada had more than 15,000 nominees, which shows the stiff competition that exists. Therefore, for anyone to be selected, they must be phenomenal.

2. She Has Been to More Than 50 Countries

Carew Papritz once said that he loved traveling because it allowed him to realize how much he had not seen and how much he still needed to see. Evgenia must live by this quote because she has traveled to more than 55 countries and is still hoping to pack her bags soon. The coronavirus pandemic might have limited her travel plans, but now that countries are lifting the lockdown orders, she is ready to add more countries to the list.

3. She is One of Europe’s Youngest Ever Female VC Partners

Age is nothing but a number, even in the world of finance. Alex Banayan was named the youngest venture capitalist at the age of 22 when he became an associate at Alsop Louis Partners. In 2020, Antonia Rojas also became the youngest female partner in major venture capitalists firms in Latin America. Evgenia also has not been left behind in setting the pace for young investors since she was promoted to partner by Dawn Capital at 31.

Techstars is a seed accelerator founded in Colorado in 2006. Although by 2019 it had accepted 1,600 companies to its program, its acceptance rate is less than 1%. Evgenia Plotnikova, therefore, empowers those interested in entrepreneurship to grow and sustain startups.

5. She Has Worked in Male-dominated Companies in the Past

For a long time, women remained in the background. They were always the wind beneath the men’s wings to the point where “behind a successful man, there is a woman” was coined. However, times have changed, and women are proving that they too can be as good as men despite being in male-dominated industries. Evgenia has always worked in male-dominated firms, and she hopes that women will be given more decision making roles. She cannot wait for that day when instead of headlines reading that a female partner was promoted, they will publish that a competent investor rose the ranks.

6. She Was Listed Among the Coolest Women in Tech

In 2018, 360Leaders named her among the coolest women in tech in the UK. From the 100 women, she was ranked #14; a position she tied with Joyce Liu. Others included Tania Boler, who developed an app to help women do kegel exercises, thus forming a partnership with NHS to assists in curbing the urinary incontinence problem. Ann Boden was at the top position, having improved from her previous #90 ranking. Ann is the founder and CEO of Starling Bank and a recipient of an MBE during the Queen’s Birthday Honour’s List.

7. She Wishes to Invest in the US

Since time immemorial, people hoped to go to the US because it is praised as “the land of opportunity.” That ambition explains the many immigrants and the visa restrictions that have been imposed on foreigners who still want to strike it rich. Evgenia Plotnikova is also in the race towards getting her piece of the American pie therefore during her interview with Today Headline, she disclosed that she regrets being unable to invest in Stripe and the US as a whole.

8. She Went to the Wharton School of the University of Pennsylvania

9. She is Fluent in Three Languages

Research has shown that anyone who can speak different languages is intelligent, though not necessarily a high level of intelligence. Evgenia is Russian; therefore, Russian came naturally as her mother tongue. However, as someone who seems to be overly ambitious, an ability to speak other languages was vital in the world of business. Therefore she attended the International School of Toulouse for a bilingual international baccalaureate degree specializing in English and French.

According to her LinkedIn profile, Evgenia has invested in five firms, BRYTER being the latest one. Her first investment upon joining Dawn Capital was in Dataiku in December 2018, and a year later the firm’s valuation was $1.4 billion. Her co-partners believe she has an eye for B2B tech champions of the future and what she chooses to back up is evidence. She explained that the reason she and the other partners were excited about backing Soldo is the large market it presented since it amounted to 20 million SMEs all over Europe. One strategy she uses when investing in a company is finding if it is a product or market fit by looking at how the customers respond to it.