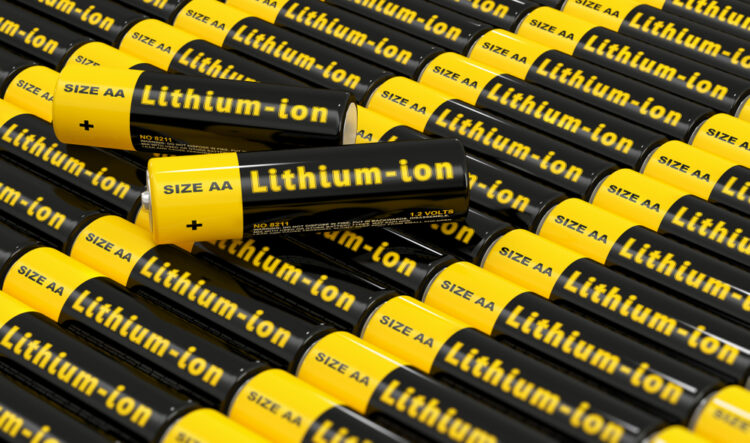 Expion360 Inc is a Pacific Northwestern United States startup specializing in the manufacture of lithium batteries. The company also produces accessories for residential, off-the-grid needs, RV, marine, industrial, and golf industries. The company was founded in 2016 with headquarters in Redmond, Oregon. It’s recently made business news with its announced IPO to move from private status to publicly trade on the stock exchange. If you’re not yet familiar with the energy startup, here are twenty things you probably didn’t know about Expion360 Inc to bring you up to speed.

1. Expion360 Inc is on a mission of excellence

Crunchbase reports that Expion360 Inc manufactures lithium-ion batteries for multiple industries with a few goals. They seek to produce batteries comprised of LiFePO4 lithium iron phosphate as a part of the chemistry to produce safer batteries, last longer, are higher energy, and are more dependable than batteries using inferior materials. The overarching goal is to provide customers with power that can power anything, anywhere to allow consumers to confidently take their adventures to the next level without concern over power sources.

Expion360 has been in business for nearly six years as of April 2022. The company launched its operations in 2016. It’s moving forward from one success to another at a time in history when many new companies are closing their doors forever. The ongoing Covid-19 pandemic has not impacted the production or popularity of the products offered through Expion360. If anything, it’s enhanced the need for battery power as more people seek the thrill of outdoor adventures, increasing the demand for power sources in remote areas where electricity is not an option.

3. Interest in Expion360 products is growing

The analytics report for the Expion360 website is encouraging. Over the past thirty days, 3,566 people visited the website. The number represents a monthly visit increase of 1,173.57 percent, which is astronomical. It may not sound like a high volume of web traffic, but the key point is that the popularity of the website has increased by more than a thousand percent over the last month. It’s good news for shareholders in the company. It’s ranked as number 3,794,248 of the millions of websites registered on the world wide web. If the volume of web traffic continues to increase at its current trajectory the ranking will change in the months ahead. It’s worth watching for those considering a purchase of Expion360 stock.

4. Expion360 is the most popular in the United States

Analytics reports for the Expion360 website show that the highest percentage of web traffic is from visitors living in the United States. Seventy percent of the visitors are from this country. Thirty percent of visitors to the website are from China, which shows there is high interest in Expion360 in that country. The energy products are likely being eyed for possible export to the Chinese market. the data retrieved from analytics reports are useful for decision-makers in the strategic planning process.

Expion360’s executive leadership team is made up of its two co-founders. Joel Yozamp is a co-founder who serves as the vice president of technical integration for the company. John Yozamp is a co-founder and the chief executive officer of Expion360 Inc. They are joined by sales manager Jake Higdon, office manager Nicole Benitez, and chief operating officer Paul Shoun, providing support for the executive team.

Before going public, Expion360 participated in one round of venture capital fundraising. The startup attracted the attention and financial support of anonymous investors in its sole Seed Round completed on November 24, 2021. The total amount raised in the seed round was $250,000.

Seeking Alpha stock analysts reviewed Expion360’s status before the launch of its initial public offering. The company intended to raise $17.16 million offering common stock, according to its A1/A statement. Analysts observed the company is tiny with significant cash use to grow. Operating losses created a negative in the market. They issued a hold for the IPO which didn’t encourage investors to buy the stock because of the small size of the business and its current status of operating losses.

9. Expion360 performed well in its IPO

Expion360’s goal was to raise $17.16 million at its initial public offering. It came within 2.16 million of reaching the goal. Many other companies reach just half their IPO goals in recent history. Expion360 came in under the microscope with analysts maintaining a conservative opinion not supporting a buy. It raised $15 million despite negative reports and forecasts. We see this as a positive and an indication that there are those willing to give the new company a chance.

The new lithium-ion battery company started its manufacturing operation making batteries and accessories for marine applications and recreational vehicles. it’s a small company with big plans for expansion into a new product line in the home energy storage, and industrial application products. The IPO was a funding source to help the owners of Expion360 to fund the expansion.

11. The CEO of Expion360 has previous industry experience

John Yozamp is the chief executive officer and co-founder of Expion360 Inc. Expion360 is not his first entrepreneurial endeavor. He founded a company called Zamp Solar, manufacturing solar products for off-grid and RV markets in the United States. Zamp Solar is a large solar energy product manufacturer. Mr. Yozamp brings years of knowledge and expertise into his new venture, which offers some comfort and confidence for potential investors. Expion360 is still a new company and it’s in good hands under the leadership of John Yozamp.

The current trend in portable energy is in rechargeable lithium-ion battery products versus lead-acid batteries. XPON plays a major role in the transition process, offering products that make more sense from a dependability perspective, and for a safer approach to powering electronics and other products and appliances instead of electricity or lead-acid batteries. Consumers accustomed to the old school batteries may be hesitant to make the transition because of the initial expense of rechargeable batteries, but in the long run, their dependability is higher and they’re cost-effective alternatives that provide far longer-lasting power sources.

Experts forecast that the global market for the products manufactured by Expion360 was at $8.3 billion in 2019. By 2024, it’s expected to rise to $10.6 billion with demand for lithium-ion batteries at an all-time high. Although cash has gone toward the expansion of the company and its capabilities, it’s not all bad, nor is it necessarily a negative. Competent leaders understand you must spend money to make it. The company is in a better position after a largely successful initial public offering, bolstering the coffers with $15 million to lend better financial stability. Trading volume was listed at a volume of 1.4 million shares.

Analyst concerns were valid before its IPO. Statistics for December 31, 2021, showed Expion 360 with a total liability of $4.5 million and cash of $773,238. Fund generated from the initial public offering will go toward debt repayment, sales and marketing, working capital and inventory, purchase of capital equipment, research and development, and general corporate purposes. The cost of doing business and getting the company to manufacture its products has been high but it’s making wise decisions with its funding that will hopefully translate into a successful future that leads to debt reduction and profitability. Expion360’s revenue growth rate of 187.42% is encouraging.

15. Expion360 has competition in the industry

Our initial overview of Expion360 shows no distinction between the company and its competitors at this point in the company’s development. The manufacturer faces stiff competition in the industry from Dakota Lithium, Battle Born Batteries, Relion, and others. The growing market forecast suggests there is room for everyone in the market. The forecast for market growth based on increasing consumer demand makes more room in the market for competitors.

16. Expion360 has the opportunity to surge ahead of its competition

Much of Expion360’s success will depend on what happens in its planned research and development efforts. The manufacturer has the advantage of working with premium lithium-ion materials which translates into superior products for the market, and the opportunity to establish a solid brand name in time. The company could benefit from establishing a niche in the industry not previously exploited by its competition. They’re expanding into new industry niches. The inclusion of a trademarked or patented product could set them apart from the crowd of Li-ion battery manufacturers. The distinction in the market can help secure a larger market share and boost investor confidence.

17. Expion360 has a strong marketing campaign

We checked out the Expion360 website and were pleasantly surprised at the strength of its advertising strategy. The company markets its strengths, promoting its advanced premium lithium batteries. Expion’s advertisement is confident. It highlights the benefits of enhanced safety, longevity, and dependability of the products with the high energy density feature and a high note. Batteries are available for anything requiring battery power in the Marine, Golf, RV, Industrial, Residential, and off-grid activities. They’ve covered the gamut. More people visit the website and learn about the Oregon startup’s products, which shows the advertising and marketing activities are gaining more attention since the company went public.

Expion360 hasn’t been in business as long as some other li-ion battery brands, but it’s making a presence. The company offers a few attractive features that consumers like. The peak performance of the premium lithium chemistry of the LiFePO4 gold standard lithium is a high point suggesting premium quality and performance. All Expion360 batteries come with a twelve-year warranty, leading the industry in coverage. The products are American-made and marketed as “American Power.” They’re purely American in design, engineering, and distribution without foreign assistance.

19. Expion360 builds its products to hold up under the worst conditions

Expion360 is a recent addition to the public stock exchange. The company is still young. It’s had its share of financial ups and downs, but the company is powering through to build an empire in the lithium-ion battery industry with advanced technologies and premium products. The Oregon-based startup prides itself in the design, engineering, and distribution of its world-class li-ion batteries for consumers across multiple industries. They set the bar high and appear to be using their funding to advantage and build for the future. Operating expenses have been high and have put them upside down, but revenues are increasing, and so is the outlook for a sunny future for the company. 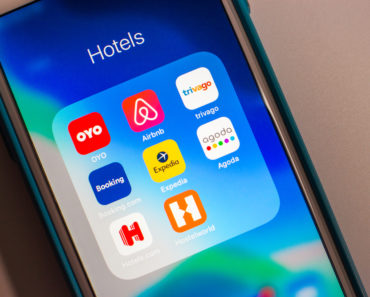 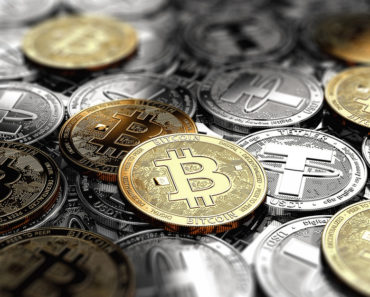 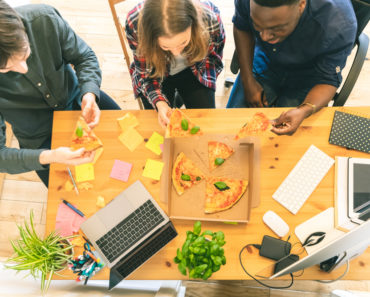 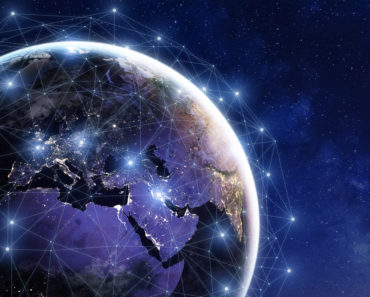 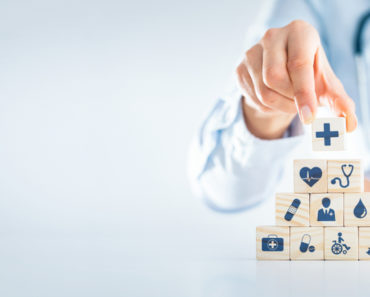 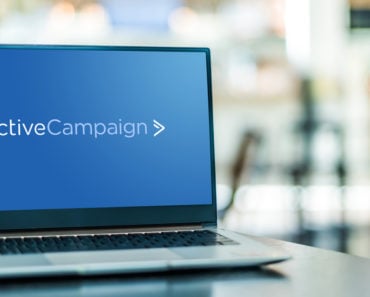