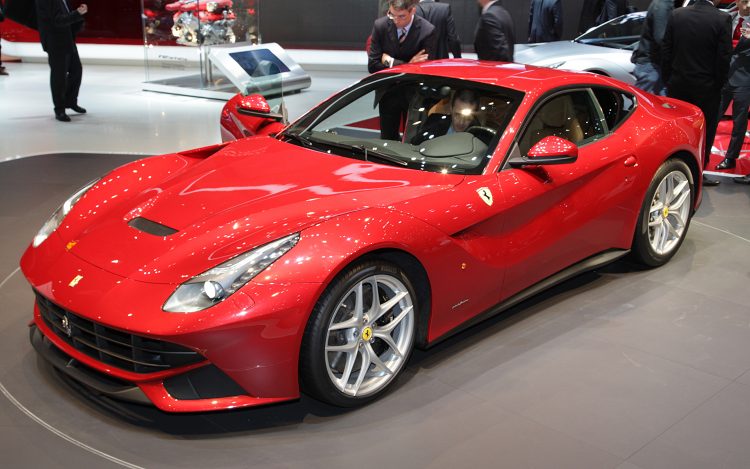 45 years ago, a biochemist known as Earl Sutherland discovered that adrenaline speeds up the disintegration of sugar in the liver to deliver quick bursts of energy during moments of stress. Later, he found that the same hormone stimulates individual cells in two stages: first, it assimilates with a receptor on the surface of the cell; secondly, the receptor triggers the release of a second signal within the cell – a molecule christened cAMP (or cyclic AMP).

Sutherland went on to show that cAMP has a much more significant role: working as an intermediary for numerous metabolism-regulating hormones in both complex and simple organisms. For this indispensable achievement, he was awarded the Nobel Prize in medicine or physiology. He died three years later. Now, take the biggest adrenaline rushes you have ever had, multiply it by a thousand, and you still wouldn’t get close to the effect of being strapped onto a Ferrari F12 at full speed.

When Maranello introduced the Ferrari F12 Berlinetta at the Geneva motor show in 2012 (for the 2013 models), its justification as the fastest on-track Ferrari ever created, both in terms of handling and bald acceleration, or in fact anywhere for that matter, was formidable. Ferrari F12 is a conservative model at heart, with just two eats and its naturally pronounced V-12 engine. Although Ferrari has been manufacturing front-engined V-12 sports cars for about 6 decades now, the F12 drew most of its inspiration from the 1964 Ferrari 275 GTB. Since the GTB’s time, Maranello has produced similar front engined V-12 variations in the form of the 599, 575M, 550 Maranello, and 365 GTB (Daytona). Between the Daytona and the 550, the company took a twenty three year break to experiment with flat mid-engined 12 models like the Testarossa.

During the F12 debut, the talent and stature of the model drew spectators from across the globe, even those who could not afford to part with a million pounds to invest in the car. In glorious awe, attendees watched as the speedster brushed aside the equivalent Lamborghini in a comparison test and come painfully close to bagging the Best Driver’s Car Title in 2013. Interestingly, according to Ferrari, “F12berlinetta” is actually a single word, but was popularized by a number of publications as “F12 Berlinetta,” subsequently breaking the term into two words.

With a soft, silky aerodynamic shape, the F12’s form is accentuated by an aluminum frame. Some of its most notable technologies included Active Brake Cooling, F1-Trac traction control, and magnetorheological dampers. The sport car operated with a front mid-engined layout, with its momentum coming from an impressive 6.3-liter 731hp V12 power plant. Despite being overshadowed by the more rigorous LaFerrari 950bhp hybrid, F12 Berlinetta had the distinction of being the most powerful non-hybrid vehicle ever produced by the Italian sports car manufacturer. Introduced to fill the void left by the domineering 599 GTB Fiorano, the F12 Berlinetta made its mark as a high end super car by incorporating the newest 21st century technology. Powered by a 6.3-L V12 engine, the car could generate 508 lb ft. of torque and 730 hp of power output. The growling V12 power-plant was latched onto a 7-speed F1 dual clutch transmission. Thanks to 80% of engine torque being located at low RPM, the first F12berlinetta could spur from zero to 60mph in 3 flabbergasting seconds.

Its power was further enhanced by modern touches in the form of a stop/start alternator and gasoline direct, while its race car-like handling was furnished by electrical differential, Evolution magnetorheological suspension, and carbon ceramic braking among other dynamic control systems. Its 2-seat cabin employed both Alcantara and leather fabrics, providing the comfort of a luxury car and the ergonomics of a Formula 1 race car.

Standard features included a navigation system, multi zone automatic climate control, USB port, and Bluetooth connectivity. Optionally, the 2013 F12berlinetta could be fitted with a passenger side display to deliver a more personalized driving experience for its two occupants.

The original F12 Berlinetta went on sale in 2013 at a surprising $330,000. For a price that included a 7-year unlimited mileage maintenance package, F12 customers found it was worth every penny. Enhanced for maximum aerodynamics, the 2014 F12berlinetta came with an impressive appearance, featuring a bigger front splitter, active brake cooling, as well as rear diffuser. With a fierce 6.3-liter V12 engine powering it, the 2014 F12 could achieve a slightly higher power output of 731 hp and 509 ft lb. of torque. What’s more, its high performance powerplant came with a 7-speed dual clutch automatic transmission and the driving aerodynamics was lively thanks to the addition of race-inspired, high technology components.

The combination of carbon-ceramic brakes, F1 Traction Control, E-Diff 3 electronic differential, and magnetorheological suspension control ensured all the 731 hp of engine power was applied efficiently. All of these helped the 2014 F12 Berlinetta attain a top speed of 211 mph. Controls were kept in easy-to-reach positions while still enabling constant contact with the car’s steering wheel. In addition, the customer was given the option of add-on features such as a JBL Pro Premium audio system, anti-theft system, privacy glass in the rear, chromed front grille, parking camera with a touchscreen console, suspension lifter, filter box cover, engine cover, rear diffuser, under-door covers, and a stylish front wing. Additionally, there was a familiar 6.3-liter V12 engine producing 730 hp and 509 lb ft. of torque. The 2016 F12 Berlinetta carried on the brand’s tradition of delivering fast, racy, sleek front-engined cars. The car combines futuristic details with classical proportions. The Ferrari F12 TDF was introduced to the lineup for this year to pay tribute to the Tour de France (where Ferrari dominated in the ’50s and ’60s), subsequently outclassing all Ferrari models in terms of power, except, of course, for the LaFerrari hybrid. Both of these Ferraris come with a hefty price tag, with the F12 Berlinetta maintaining its massive $330,000 quotation and the F12 TDF closing in at a mind-blowing $490,000.