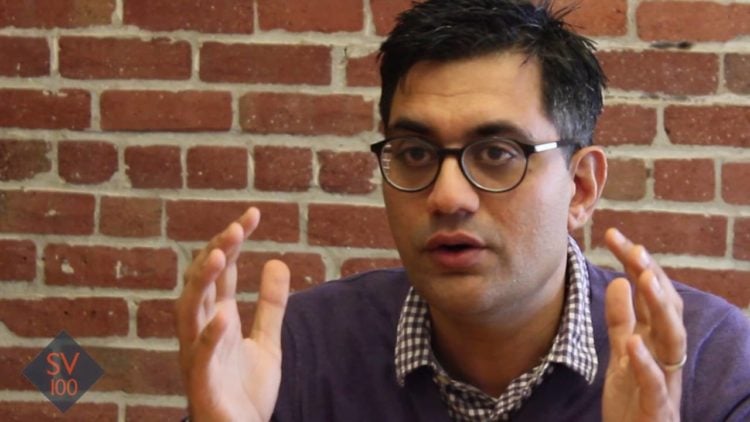 Harish Abbott is one of the co-founders of Deliverr. Said company is involved in e-commerce fulfillment, meaning that it helps e-commerce operations deliver their products to their customers. Something that sometimes seems to be becoming more and more important on a constant basis. Currently, Abbott is the CEO of Deliverr as well, meaning that he is the one responsible for leading it into the future.

1. Studied in India and Then the United States

Abbott got his initial education at the Indian Institute of Technology Roorkee in India. After which, he got further education at a couple of institutions in the United States. One was the University of Illinois at Urbana-Champaign. The other was Stanford University’s Graduate School of Business.

2. Has a Lot of Experience in Logistics

Unsurprisingly, Abbott had a lot of experience in logistics even before he became the CEO of Deliverr. To name an example, he was once a Senior Program Manager at Amazon.com. There, Abbott assisted in the creation of the distribution network that makes it possible for the company to sell to customers in both North America and Europe.

Curiously, Abbott has a Quora account. For those who are unfamiliar, Quora is a social question-and-answer website, meaning that it is supposed to help interested individuals get answers to their questions from people who possess the relevant expertise and experience. In practice, well, suffice to say that the website has a notorious reputation in certain quarters because of the ease with which people can claim relevant expertise and experience. Something that can result in some very problematic responses, particularly in fields that are inherently more interpretable in nature.

5. Seems to Have Been a Very Responsible Quora User

Fortunately, Abbott seems to have been a very responsible Quora user. He answered more than 20 questions, every single one of which was relevant to his particular specialty. For example, Abbott is more than qualified to talk about the difference between a distributor and a fulfillment center. Similarly, Abbott is more than qualified to talk about the benefits of teaming up with a 3PL rather than striking out on one’s own. Having said that, he does go out of his way to bring up the company that he leads whenever there is a suitable opening. To an extent, this is understandable. Still, it is a rather unusual thing for a CEO to have been involved in to say the least.

6. Doesn’t Believe that a Lack of Demand Is the Cause of Failure for Most Companies

Abbott has written about business matters elsewhere. To name an example, he has talked a bit about the most common cause of failure for companies. He doesn’t believe that most businesses fail because of a lack of demand for their core product. Instead, he believes that a more common cause is the failure to ensure the critical capabilities needed to connect the core product with its intended customers. Having said that, Abbott makes it clear that there is a line of separation between ideas and ideas that have borne fruit in the form of functioning businesses. The first are very much capable of failing to meet the basic requirements of success. Meanwhile, the second have already managed to get over some of those hurdles even though there are still more ahead of them.

7. Distinguishes Between Core and Critical

On a related note, Abbot makes a strong distinction between core and critical. Core considerations would be that which is fundamental to a business’s success. In contrast, critical considerations would be that which is important but not as important as their core counterparts. The example that Abbot used to explain this distinction was Netflix. Content would be core for the streaming platform. In contrast, the speed at which that content is delivered is critical. As such, Netflix needs to prioritize having content over the way that content is delivered, even though the latter is still extremely important.

8. Sees Value in Focusing On the Core While Outsourcing the Critical

As far as Abbot is concerned, there is value to focusing on the core while outsourcing the critical to other companies. For Netflix, this meant focusing on content while outsourcing the delivery of content to companies such as Amazon. Similarly, this meant focusing on marketing for Coke while leaving the bottling to others as well as focusing on design for Nike while leaving the manufacturing to others. Given the nature of Abbott’s company, it isn’t exactly difficult to see where he is going with this, though he is far from being the first and far from being the last to make this point.

9. Recommends that Businesses Become Comfortable with Focusing On Their Core

Abbot understands that businesses might be less than enthused by the thought that they will have to specialize. However, his recommendation is for them to become comfortable about figuring out exactly what counts as being core for them before focusing on that. This doesn’t mean that businesses should neglect their critical considerations. After all, critical means critical. Still, Abbot believes that businesses should handle such matters by focusing on finding trustworthy partners who specialize in them rather than develop the relevant capabilities on their own.

10. His Company Has Increased Its Valuation to $2 Billion

Very recently, Abbott’s company revealed $250 million in Series E funding, thus increasing its valuation to $2 billion. It isn’t short on places where further investment can prove useful. For example, it uses predictive analytics to guess the demand for products in various markets, thus enabling it to put those items in the right positions ahead of time. Naturally, that is something that can always be improved upon. Furthermore, knowing where it needs items means little unless it also has the infrastructure in place needed to handle the relevant processes, which won’t happen free of charge.