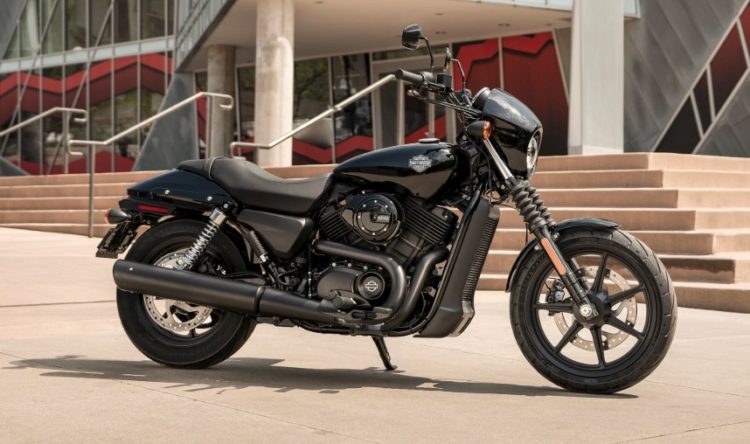 Harley Davidson revealed its new small bike in 2014, as the Street 500 with a Street 750 model offered at the same time. The Street 500 came out as a new line that was Harley’s answer to the competition offering similar bikes including the Yamaha 500s. The model represents a true departure from what Harley enthusiasts are used to from the brand, and here are ten things you need to know about the Street 500.

Harley is known for dividing its attention between cruisers and tourers, but the Street 500 is neither. They’re changing perceptions and the Street 500 was a necessary model if they wanted to keep up with what everyone else is doing in the motorcycle world. The real trick for design engineers was to meet public demand so they didn’t lose out on a niche market area through the diversity while staying true to the heritage of the Harley brand. The new sportbike falls into a new classification for Harley, but they’ve done it well.

2. It’s made with a target audience in mind

Some dedicated bikers who follow HD may be wondering what the brand is doing and why the recent departure from their mode of operation. The truth of the matter is that Harley carefully thinks out every new model with a clear-cut understanding of what segments of the population are demanding at the time. Then, they create the prototype, test it, perfect it, and release it into the market. Harley Davidson gathered some 600 articles of feedback while they were in the design and development phase of building the Street 500 and it was made specifically for a group that was calling for a new model bearing its features.

3. Its development was a challenge for the HD team

The development team for the Street 500 had its share of issues when they set about to plan, design and implement the new bike. They were looking at increasing the performance of the engine and molding a new type of character, but what precisely were they attempting to achieve? They spent hours at the drawing table until they could agree whether or not to give it a fast rev and spin up to high rpm for the achievement of its peak power, or if they should make it a low-end end torque beast. Ultimately, they came together to give it both features by raising midrange torque in addition to increasing top end power and engine speed.

4. You can totally customize the Street 500

This bike is offered with total customization through Harley Davidson dealers. All you need to do is sit down with a rep and take a look at the available parts and accessories for the bike to create a one of a kind motorcycle.

5. The price is reasonable

If you haven’t checked out the new Street 500, it’s worth looking at. Harley has gone all out with this model. They’ve kept the price for a base model down to $6,900. If you want to customize, it could reach as high as $8,700 though, which still isn’t bad. 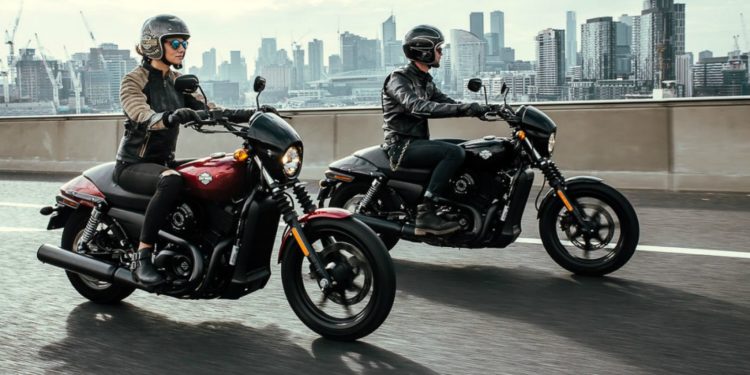 6. It’s perfect as a city commuter

The Street 500 is small and agile. This makes it ideal for scooting in and out of traffic. Alleys and narrow streets are no problem either. The wide handlebars give it amazing maneuverability.

7. The engine has plenty of power

If you’re concerned about the power that a small bike can deliver, your fears are unfounded with the Street 500. It delivers high with its 494cc motor. You’ll have plenty of power for the times that you need the extra zip or for fast maneuvers in traffic.

Not all Harley fans agree with the development of this small bike that is a bit out of character for the brand. It’s really a matter of perspective though. It’s not every rider’s cup of tea, but it does offer more choices. For some, this is an ideal ride that could well pull a new audience into the Harley family of riders.

The small size and light weight of Street 500 is perfect for beginning riders. The fact that it’s easy to handle with wide handlebars and a low seat height gives new riders an advantage. You could call it an introductory bike for Harley newbies that helps them get broken in and develop their skills.

10. It’s not going away any time soon

Production of the Street 500 began in 2014 and it’s still currently in production. This bike is doing well in sales in the U.S., in Canada and worldwide. It’s not likely to go away any time soon. It is the official replacement for the Buell Blast in the rider training program established by Harley-Davidson.