Home
Business
How Much Does it Cost to Open a Blaze Pizza Franchise?
Prev Article Next Article 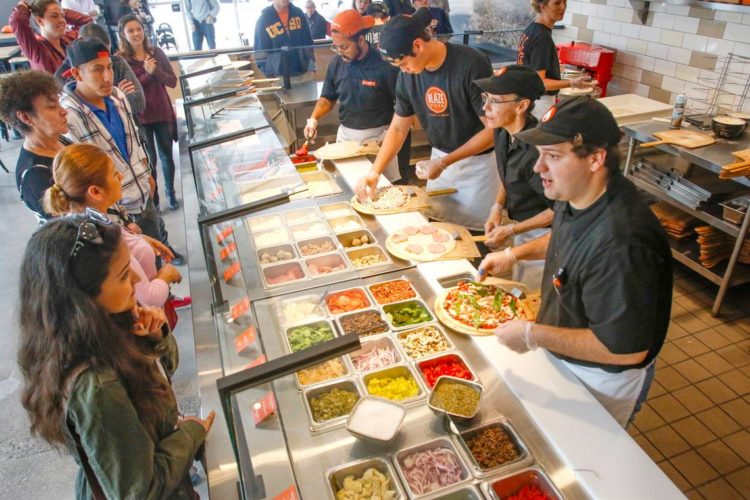 There are a lot of people out there who want to become business owners. Sometimes, this is because said individuals want to become rich, which is why they are willing to make huge investments of time, money, and other limited resources so that they can reap the potential benefits in the long run. Other times, people are searching for self-fulfillment, which can be found by some in overcoming the challenges of running a business of their own. Whatever the case, it is important to remember that business ownership can be both high-risk and high-reward, which is where a Blaze Pizza franchise can come in.

In short, starting a business comes with a lot of risks. After all, people who start their own businesses are seeking to build up a customer base that can sustain their revenue-earning operations before their initial war-chests run out, which is further complicated by the fact that most of them will be learning to perform a wide range of important responsibilities while they are on the job. As a result, it is no wonder that the failure rates for new businesses are so high.

Fortunately, there are various ways that can be used to make starting a business less risky, with starting a Blaze Pizza franchise being an excellent example. By doing so, interested individuals can start out with an established brand as well as a wide range of support for their new business, which can provide a huge boost to their chances of success. Of course, said support won’t come for free, which is why interested individuals need to get a good understanding of what becoming a franchisee means in financial terms so that they can make a fully-informed decision about whether it is the right approach for them or not.

What Do You Need to Start a Blaze Pizza Franchise?

Regardless, the franchise fee for a Blaze Pizza franchise is $30,000 per restaurant. However, this figure changes to $20,000 when someone chooses to run a certified training store, meaning that it is something that interested individuals should keep in mind when examining their options. Whatever the case, the franchisee is expected to turn over 5 percent of the gross sales to Blaze Pizza as royalties, which are in addition to the 2 percent of the gross sales that will be designated as a creative fee.

Of course, these numbers are not including the costs needed to start up a business. Unfortunately, this is not a simple and straightforward issue because those costs can see significant variation because of a wide range of factors. For example, Blaze Pizza states that the ideal size of one of its franchises is between 2,200 and 3,000 square feet. However, it is willing to consider sizes as small as 1,800 square feet and as big as 3,200 square feet provided that the proposed site is in the right locations. Naturally, more square feet means a higher price for the property, which is not considering how location can impact real estate prices as well. On top of this, it should be mentioned that interested individuals will have to cover the costs of a wide range of other necessities to get a business off of the ground, though if they choose to go through with a Blaze Pizza franchise, they should have a considerable advantage because of how the franchisor’s expertise and experience can provide them with further information from the start. In fact, Blaze Pizza has stated that starting one of its franchises can range from a cost of $319,800 to a cost of $858,000, which should be more than enough to give interested individuals a good idea of how much variation there can be in the whole process.

Summed up, a Blaze Pizza franchise can be an excellent opportunity for interested individuals. However, while they can expect considerable support from the franchisor, they should never take that as a sign that they can just cruise their way to success. In this as in other things, what they put into their business ownership will be reflected in what they get out of it.