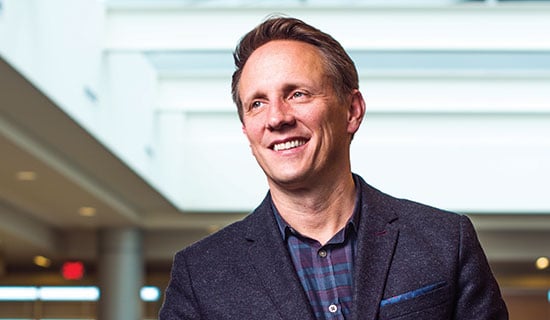 When we hear of the title CEO, we think of a wealthy person behind the title who had to work his way up to the top. However, some have things handed to them on a silver platter like J.M. Smucker CEO. Mark Smucker is the current CEO of J.M. Smucker Company which has its headquarters in Ohio, United States. It is a company with an excellent reputation and deals with products such as peanut butter, fruit spreads, syrups, and more. He is 48 years old and has been able to do his best as a CEO for the company. The company has been ready to dominate the market for so long with their quality products. Get to know more about the CEO by checking out these few facts about him.

1. His company is a family company

The company headed by Mark Smucker started operating in 1897. In the year 1942, it was handed over to Smucker family, and Jerome Smucker led it. When Jerome died, the family took over the of running the company. The management of the company became hereditary from father to son, and it has been through five generations making Smucker the sixth CEO of the company. The inheritance of the managerial position is, however, not given as a compulsory thing to the members as we see in Mental Floss. Being at the helm of J.M. Smucker demands that you have a degree in business and gain experience outside the company. It is, therefore, no surprise that the company has made quite a reputation in the market due to competent leadership and management.

Mark Smucker is one person who is committed to his work. Since hard work pays, Mark was able to gain recognition for his excellent performance in 2018 when Forbes ranked him as the best employer in the World. With a company that has over 7,000 employees, his competence as the man in charge is commendable.

Before becoming a CEO in J.M. Smucker Company, Mark worked with other companies, since it was a requirement for him to become the CEO of the family company. Between 1997 and 1999, he was a director of Business Development for South America which has its headquarters in Argentina. Later in 1999, he went to Mercosur, where he became the general manager. Mark then worked with other companies such as International Markets, Smucker Foods of Canada, Retail Coffee and U.S. Consumer and Natural Foods. Working in these companies gave him the necessary skills that assisted him in steering J.M. Smucker Company in the right direction.

5. He brought significant improvements in the company

As a CEO, Mark has brought about notable developments in the company. He changed the product mix and improved the market by reorganizing the brand image of the company’s products. According to Fortune, it took him only three years to bring about change in the company. His transformation made the company hit the headlines through the transactions that involved the company and other business units. The company jumped from $200 million in 2016 to $250 million in 2018. He said that the strategy he used is ensuring that he meets consumers’ demands for the products and ensuring that they love the product. After all, business is all about bridging the gap between supply and demand.

Being the CEO of a great company, we are all curious to know how much money that Mark takes home as his salary. Mark Smucker receives compensation totaling to $6,949,630 per year as the CEO of the company. The payment makes him the highest-paid executive in the company. As a CEO, he deals with general management to ensure the smooth running of the business. Through his salary, other benefits from the company, as well as private investments, Mark has accumulated a net worth that is approximately $29.2 million.

He pursued a course in Bachelor of Science Geology in William & Mary and later went to the School of Global Management in Thunderbird where he attained Masters in international management. Education in management was required to assist him in running the company, as per the family business rules. While in school, he was a member of several clubs and societies within the school and perhaps that is where he honed his other skills.

Mark Smucker is married and lives in Ohio with his wife and two children. Despite the tight schedule in running the company, he creates time to be with his family. Mark wants to train his children to become part of the business world in the future. He also enjoys cooking with his family when they are together.

Work without any play makes Jack a dull boy, so Mark Smucker does not spend all his time working for the company. When free, he loves skiing, playing tennis, and listening to music. He has participated in tennis competitions with friends, and it seems like it is his favorite pastime activity.

Pets have become almost a necessity in every household, and for Mark, a dog is his favorite pet. He has two dogs at home and spends time with the dogs when he is not at work. He says that when he is at home, besides staying with his family, the dogs are also a good company for him. Some of Mark’s photos when at home have the dogs in them displaying his affection for the animals.