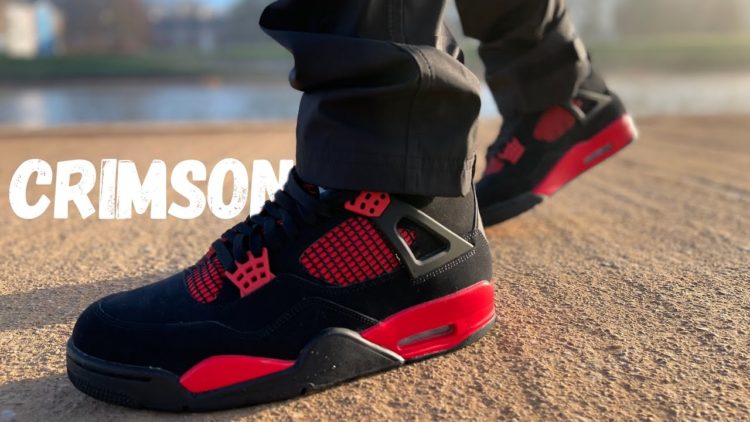 Ever since the first pair was produced, Air Jordan blew away people’s minds past the boundaries of sportswear and sneakers. Nike has designed countless designs. It managed to release a new pair of shoes every year throughout Jordan’s career and beyond. The expectation has been high worldwide for new releases, and Nike hasn’t failed each time. As the sneaker industry shifted attention from Air Jordan 1 to Air Jordan 4, it looked like a relay race. The Air Jordan 4 took off from where the Air Jordan 3 passed the button. More colorways pieces have been released to retailers. Next to deserve a place in your shoe game rack collection is the feature design in this write-up, the Jordan 4 Red Thunder.

Nike released the Jordan 4 Red Thunder to pay homage to the legendary Jordan, who took the basketball game to new heights. According to Laced, this sneaker is reminiscent of the AJ4 “Thunder” from 2006 with its jet-black hue, premium suede upper and pop of color. The last time Michael Jordan was spotted with this kick was in 1989 during the NBA Eastern Conference Finals. That time he was clobbered by the Detroit Pistons star of the “Bad Boys “fame. Many years have passed since then, and the shoe has aged, Jordan even hung his shooting gloves, but the shoe has remained popular ever since. It is damn good-looking and brings Nostalgia to anyone who sees it. For the last 20 plus years, sneaker lovers continue to celebrate it as they recreate in a plethora of ways Michael Jordan embodied a winning mentality throughout his career. The reason why the Jordan 4 Thunder has stayed relevant for many years is that it was made with non-original colorways that involved a collaboration of high profile individuals and brand. Everything from collaboration with Hip Hop legend Eminem in 2005 to Oreo in 1999. The pair was also remodeled in 2020 by Union LA edition to bring this kick back into the limelight. This Nike masterpiece continues to stay current as it continues to reinvent itself, which in term enables those who missed it and the new generation of fashion enthusiasts to get a chance of owning this sneaker.

Nike announced that it would release this new edition of the Air Jordan collection around the 15th of January this year for the holiday lineup releases. To tell the story about this ‘Red Thunder”, we need to travel back in time to 2006. That particular year, Air Jordan released only eight pairs of these Jordan 4s. The colorways resembled that of the original “Military Blue” used in the shoe’s rich heritage. It styled up like the “Mars Blackmon.” It appeared in an advertisement that Jordan and Spike Lee did. Most releases were available for sale at local sneaker stores, except the Air Jordan 4 Thunder and Lightning, which you could only get exclusively on Jumpman23.com. Air Jordan’s website had only limited pieces. Everyone at the time was looking for the black and yellow type, which only a few got. The Air Jordan 4 was released in four different colorways during its debut year.

The Black/Red iteration was the piece that pulled more vibe and pulled more attention. This was due to its appealing stealthy aesthetic and the designer’s modern fabrication of it. When the market of the Jordan 4 Red Thunder began, the Jordan brand elaborated on the “Thunder & Lighting “collection, which this shoe derives some similarities from. Basically, the “Red Thunder “is a carbon copy of the “Tour Yellow “predecessor. The only difference is where the design “Thunder has been featured on the shoes. Other inclusion on the Red Thunder is black nubuck upper and white detailing placed on the branded areas on top of the black rubber sole. When you look at the “Red Thunder,” the red and black scheme has been made to have the “Bred” quality. The red detailing has been skewed more. It appears more “infrared” than “Varsity Red” that the original Air Jordan 1 had. Either way, it looks amazing as it is easy to picture it as a retro colorway of the 1989 version, the sibling version of the Jordan 4s that Jordan used with ‘Bred” colorway.

Did Jordan wear the Jordan 4 Red Thunders during a game?

Surprisingly, Michael Jordan didn’t wear the “Red Thunder” during his playing time in the NBA. He only appeared in them on the sideline in a basketball game between the Hornets vs. Knicks. Fast-forward to 2021, the Jordan 4 Red Thunder expectation is a nod to the OG Air Jordan 4 fitted with premium upper, pops of fiery red and black hue. When you take a first glance at the Jordan 4 Red Thunder that was released in 2021, it endures a striking resemblance to the 2020 Air Jordan 4 “Black Cat. According to Nice, the crafting was done from butter-soft suede placed in a jet-black hue. The upper part is fitted with fantastic craftsman’s work of breathable caging placed on the sidewalls to enhance the show ventilation. Unlike the “Black Cat,” which has an all-black finish, “Red Thunder” contains red underlays and some additional pops of bold hue on the shoelace anchors, insole, and midsole. The traditional famous Michael Jordan jump man logo is placed at the usual place on the shoe tongue. An Air unit is created into the shoe heel.

The Jordan 4 Red Thunder is here to stay, judging by how this sneaker has continued to reinvent itself, and more releases are expected in 2022, which will retail for $190. The demand for these sneakers continues to grow worldwide. Why do you need to be left behind? It is time you make a choice and get ahead of the crowd by getting a pair of these dope shoes for yourself. This sneaker is among the best silhouettes with versatile colorways, a perfect option to include in your shoe rack to add color to your regular fits and walk with confidence as a winner, which is what the shoes represent. 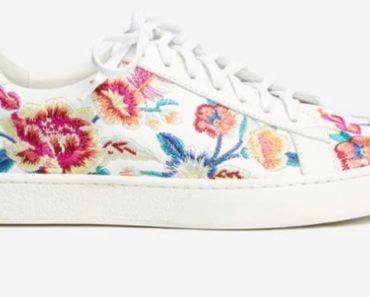 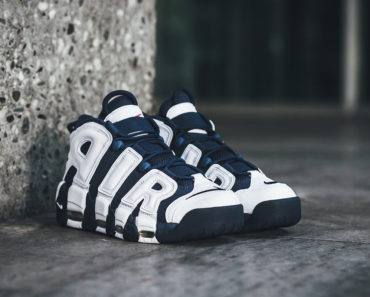 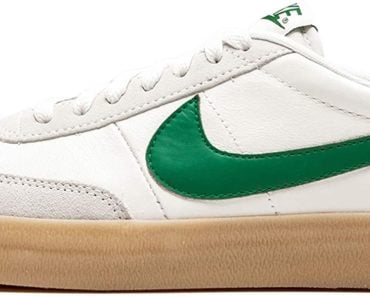 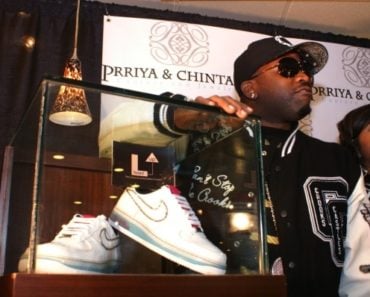 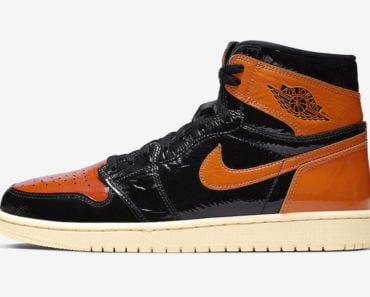