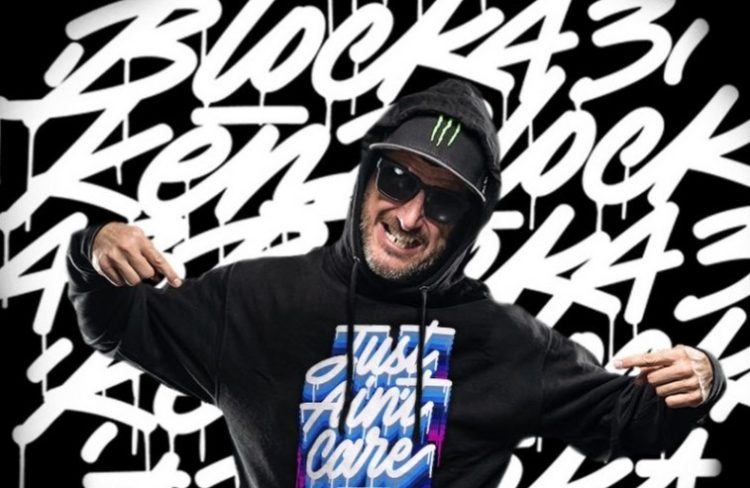 Steve Jobs once said that the only way to do great work is to love what you do. Ken Block is one of the few entrepreneurs who follow their heart, wherever it may lead. First, he utilized his love for snowboarding to create a business and now earns a living doing what he loves most; rally racing. He recently joined Audi after retiring from his partnership with Ford, and they are already making huge strides. Since passion is what resulted in Ken Block’s net worth growing to $200 million, let’s tell you more about it.

As a child, Block aspired to be an architect. He loved designing and the art aspect of architecture. Therefore, once he was old enough, he became a draughtsman. As published by Economic Times, the race car driver explained that he preferred the art aspect to the actual business because it would take lots of money. Block added that climbing the ladder as an architect takes about 30 years. The self-confessed competitive entrepreneur decided that being locked up in a drafting room all day was not the life he wanted.

Consequently, he moved to Colorado to be a snowboarder. Block started snowboarding when he was seven. He also discovered his love for riding BMX dirt bikes when his parents moved to North San Diego. Block’s competitive nature resulted in racing dirt bikes in his teenage tears. Therefore, upon relocating to Colorado to focus on snowboarding, he interacted with professional snowboarders, hoping to be as good as they were. Unfortunately, it dawned on the racing enthusiast that he did not have a flair for professional snowboarding.

With an established passion for snowboarding, Block knew he had to pursue something related to snowboarding. For this reason, he went to a school for design in Palomar, California. Fate had a hand in the choice of school because there, he met Damon Way, and they became friends. The shared passion for snowboarding and designing led to the two starting a business. According to Mastershoe, Block started screen printing t-shirts in 1989, and together, they created Eightball, a brand that sold niche clothing to snowboard shops. Since Way is the older brother of Danny Way, a professional skateboarder, Danny helped the two entrepreneurs market their products to other professional athletes. They created another brand, Droors Clothing but had to change the Eightball brand because they were accused of stealing it from another business. It was probably for the best because they were yet to break even thus needed a fresh start. They incorporated both businesses into DC Shoes in 1994.

Going from Fashion to Start a Racing Rally Career

Way contributed $10,000, and since Block did not have such a large sum of money, he had to borrow from his parents. According to Hot Cars, the business grew thanks to the professional athletes who had become Block’s friends; he also got lucrative sponsorships. Danny helped market by doing skateboarding tricks, and by 1995 DC Shoes was raking in $7 million in revenue. By 2003, they had hit $100 million in sales, but the business had substantial debts.

He said that a bad year would have resulted in bankruptcy. Hence, instead of waiting for the worst, they made their hay when the sun was still shining. The business partners sold DC Shoes to Quicksilver in 2004 for $87 million. Block stayed on, transitioning from the President role to be the Chief Brand Officer. He had more time on his hands and wondered what to do next. Once again, fate intervened, and he saw Travis Pastrana, one of the athletes who DC Shoes sponsored, moving from Motocross World to Rally. It then dawned on Block that he could be a rally driver in the US, quite an awakening since he thought it only happened in Europe. With his newfound mission to be a rally driver, Block called Pastrana’s agent, Steven Astephen, and told him he wanted to do what Pastrana was doing. Astephen connected him to a team that took Block to a rally school. The entrepreneur wound up in Team O’Neil, and after a four-day course, he knew that was where he would be building his career because Block found he had a natural talent. As he told Motor Authority, Block went on to have a career in racing in Rally America which then took him to World Rally Championship (WRC).

Making Money from His Passion

Block boasted that he raced with Pastrana in his first year and beat him, winning a national event before the experienced rally driver. Pastrana then defeated Block every season after that. In racing, drivers earn a salary from their teams and more money from winning. Block raced in at least ten events per year from 2005 to 2009. Although he does not mention his exact earnings we know that Thierry Neuville is the second-highest paid rally driver raking in around $3.3 million, while Sebastien Ogier is the highest paid with a salary of $3.7 million annually. Block may not be in this salary range seeing that he finished 10th and 12th in his last season at the WRC, but he still must have been well-compensated to keep him on the tracks. Block also wanted a small gymkhana series thus filmed a race at El Toro airfield to test a car he had built specifically for the task. After watching the video, he was impressed and polished it up to make the final product much more appealing. Upon posting it online, it went viral. If you watch his Gymkhana videos on YouTube, you will notice that they have at least 20 million views. His fan base is always eager to see what he does next; hence, it is no surprise that after posting his new Audi S1 e-Tron Quattro Hoonitro prototype, the video amassed nearly 850,000 views within 24 hours. Of course, the more the views, the more money Block makes.