Maxim Zhivov is one of the best designers with the simplest of profiles and draws his inspiration designing of yachts from his child hood. Having grown up on a river, the Russian based architect claims to have a permanent connection with water masses and floating vessels, making it both his hobby as well as his full time job. He basically deals with both interior and exterior designing of yachts, cargo vessels and house boats having worked in a number of architectural corporations.

The nautical designer dropped out from the University of Saratov, Russia. Here he was pursuing a degree in Polytechnic Architecture. However, he has a diploma in architectural design. He also has over 6 years of experience but in the most recent 2 years, he has been working on a number of modifiable yacht designs.  Some of his best include: 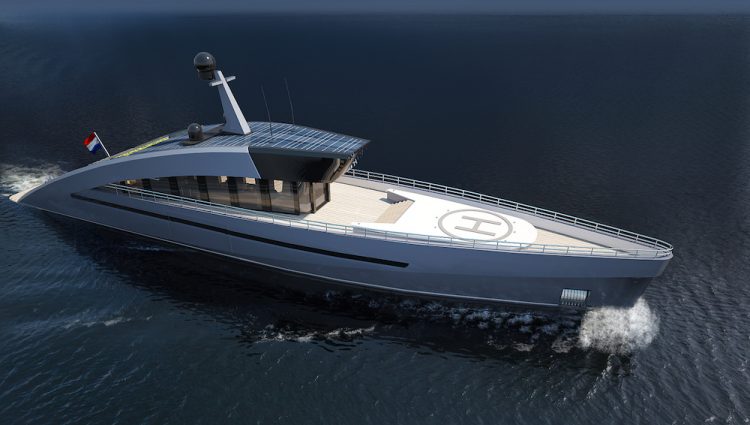 This is the latest batch design unveiled by Max. The vessel boasts of bringing together a number of elements from nature. The yacht is said to be environmentally conscious as it comes with an ecological theme. Most yachts burn lots of fuel and Maxim is keen on changing this by developing solar panel technology to provide power to propel these vessels.

To begin with, the vessel is a semi displacement hybrid motor yacht. This is blend of modern yacht design and solar energy technology. The installed solar panels are placed on top of the vessel, therefore soaking them with the sun’s rays. Much of the solar power is stored for use in the vessel’s interior lighting as well as powering its motors.

The yacht also has a glass made main salon. Here, its occupants, a crew of 10 people, can have a good view of the sea while the interior gets soaked up in natural light. It has a garden to add up to its visual effects which can support the growth of flowers and grass if tendered properly. This project will float a 47 meter vessel with an expected speed of 18 knots. The vessel is currently being developed in Holland. 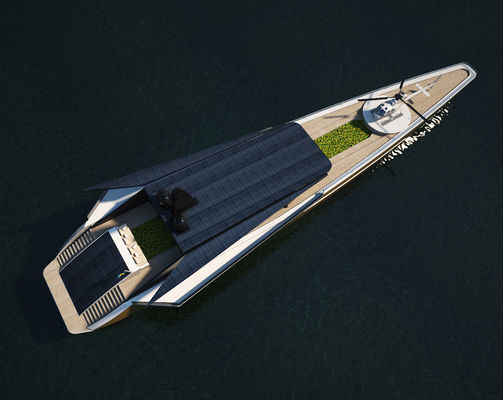 This vessel draws its design from how flowers turn their heads in order to get soaked in the sun. Its top roof is composed of transforming solar panels. The panels transform to absorb more light when the vessel stops. When the vessel is in movement, the solar panels take a vertical position so as not to interfere with the yacht’s aerodynamics. Its balconies transform when the yacht is on the docks or when it has stopped onshore. This makes the balconies usable when need be.

The interior has 5 guest cabins and two master cabins. Together, they can accommodate 12 people making it among the most luxurious vessels in the world. The Sun Catcher length is 60 meters, with a cruising speed of 18 knots. Its arrow shaped head comes with a helipad and a stern door to the downstairs beach club. It is currently being developed in Sweden. This yacht is a thing of beauty as it provides just the ideal and conceivable needs to exist. With a combination of house and yacht, owners can lead their lives onshore for long periods of time should they choose. It has a number of constructive elements; hull side openings, a top wheel house, and a deck. It’s excellent for family cruising, small cargo freighter, or as a corporate schmoozer.

The vessels carries one master cabin and three guest cabins. In addition, there is a fully equipped kitchen and washroom. This is where owners of the houseboat can get into or alight from smaller vessels. In addition, one can enjoy the nigh breezes by relaxing on the top decks.

This vessel has up to 6 modifications; family version, private fishermen version and cargo version. It has a small deck on the back where owners can board or alight from smaller boats while onshore. It has a radar arch which helps in navigation and optional side windows to provide additional sunlight into the interior. It is being developed in Denmark.

YOUR YACHT YOUR HOME 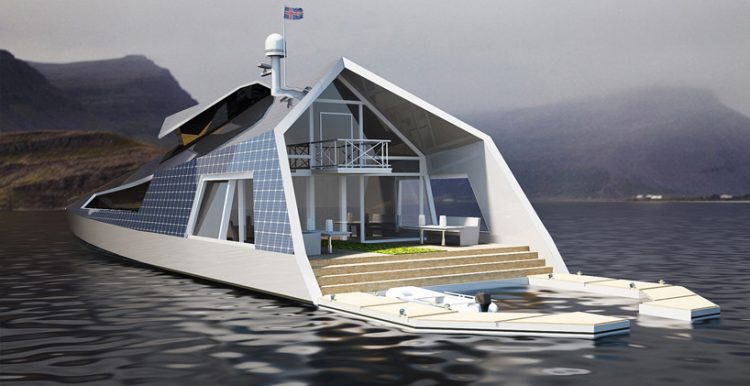 Developed under Concept Project Yacht, this unique vessel is combination of house and a yacht. It comes with pre-installed solar panels so as to provide solar energy for lighting and driving its motors. The thin film solar sheets on its canopy are some of the most innovative technology today.

Like the Sun Catcher, Your Yacht Your Home has transformable parts. For example, the captain’s cabin can move up and down when need be. Moreover, the deck on its nose can be opened when the ship docks or when it’s not moving buts still onshore.

There is a small patch of grass, adding up to its interior design. Its hind deck comes in handy in alighting or boarding smaller boats. The smaller vessels can float at this bay, when they are not in use. This houseboat is probably for the rich, since its sleek design and technology play part in reducing ecological footprint. It’s the best vessel for lazy days on calm seas or beach parties. This project is being constructed in Iceland.