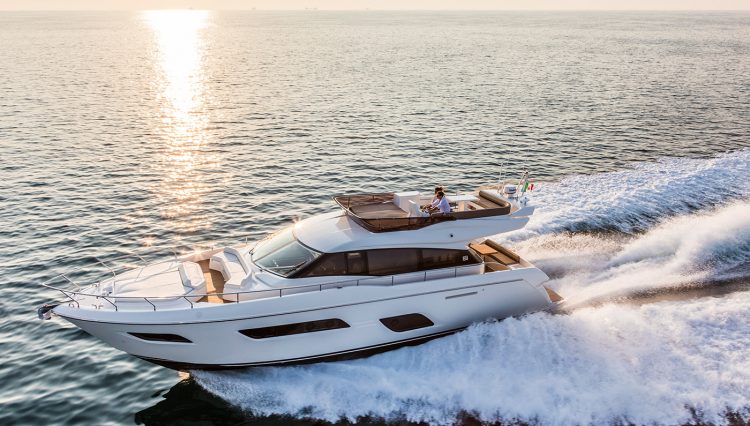 Any yacht lover would probably be able to tell you the biggest names in yacht building and Ferretti yachts is certainly one that is at the top of the list. Superyachts are an ever-growing business with the demand in number and size of superyachts hitting a massive growth spurt between 1997 and 2008. The size of superyachts in the 79-230 ft. range took off during that decade, and today, the limits with what can be constructed are constantly being challenged by the most popular yacht builders across the globe. One company that has earned its name in the yachting world for building some of the most exclusive and luxurious superyachts on the water today is Ferretti. Ferretti is an Italian multinational shipbuilding company that is headquartered in Forli and sells its products under multiple brands; including, Ferretti Yachts, Pershing, Itama, Riva, Custom Line, Mochi Craft and CRN. 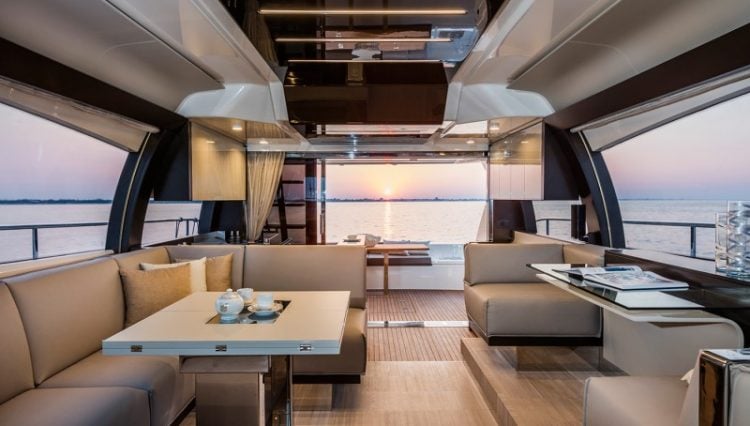 Ferretti promises that the cruising experience aboard the 550 is like none other. With all the amenities you could want and would expect from Ferretti, this superyacht promises to deliver. With 57 feet of luxurious space to move about, the goal of Ferretti was to create a 50-footer that actually felt larger than its actual size and they believe they delivered just that. From stern to bow, the 550 is spectacular inside and out.

The 550 was designed to be built as a hardtop or without, and it’s sleek, coupe-like look was created by designing the flybridge to sit further back on the yacht than the typical flybridge you see on many superyachts. This design instantly gives the vessel a faster profile when you see it on the water and is just one of the unique characteristics Ferretti incorporated into the construction of this latest build. 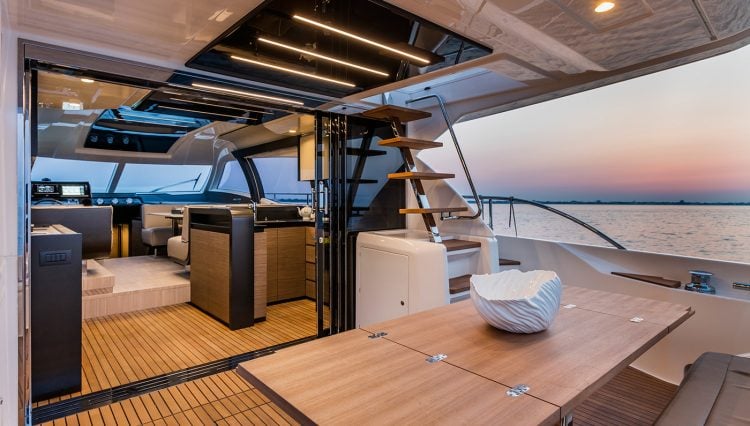 The layout of the 550 uses all 57 feet to its fullest. This superyacht was designed with a large sun pad that sits at the forefront of the vessel, the helm station along with a wet bar are situated in the midsection, and a spacious L-shaped lounging area at the rear of the yacht. If you want to enjoy the outdoor air and panoramic views while you eat, there is an outdoor space in the cockpit that permits alfresco dining.The top deck was designed without an overhead radar arch, which makes for a roomier feel along with giving the overall appearance of the yacht, its sporty look. Traditional flybridges cover the whole superstructure which can make many yachts look boxy and bulky.

A large glass door was installed in the cockpit and it is divided into three sections that allow you to easily pass from one area to another. By simply sliding it back to the flybridge steps, you’ll gain access to the main saloon. There are no bulkheads so that you have are guaranteed unobscured visions all around you. You’ll also enjoy the 360-degree windows as well as a sunroof that allow for natural sunlight to fill the spaces. The combination of the unobstructed views with the wealth of natural light give this superyacht a much larger feel in spaciousness than the actual 57 feet that it is.

Below deck is a luxurious full-beam master suite designed with a quaint window-side dining table, full walk-in shower with a stunning mosaic tiling in the separate head. The master suite is also equipped with a walk-in closet for an ample amount of storage space. One unique aspect of the 550 is the ability to choose from 3 layouts for the suites. One is a large VIP stateroom that is at the forward end of the vessel as well as a double-bed suite which both are equipped with ensuite bathrooms.

One of the three layouts actually gives you the option to opt out of the extra cabins an instead, replace them with more open spaces for entertainment. For those who like games and entertaining, this space would be perfect for you to enjoy karaoke, socializing over drinks or even use the space for meetings with work colleagues. 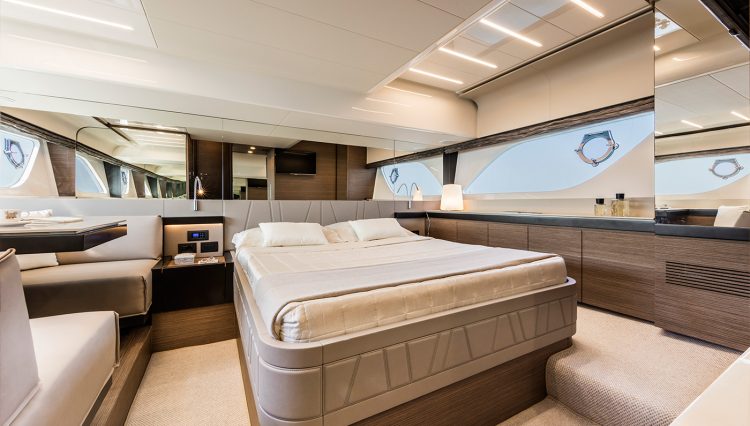 The specs for Ferretti’s 550s are impressive. They show how the 550 offers not only comfort, but high performance for those who only want the best all-around with their luxury superyacht. The specs for the 550 include:

From the interior’s opaque open-pore varnished light oak motif to the designated galley area and head floors specified wenge tiles, this superyacht exemplifies everything when it comes to style, comfort and performance. No matter where you’re cruising, you are sure to have a memory-making yachting experience on Ferretti’s 550, which in the end, is what yachting is all about – making memories. 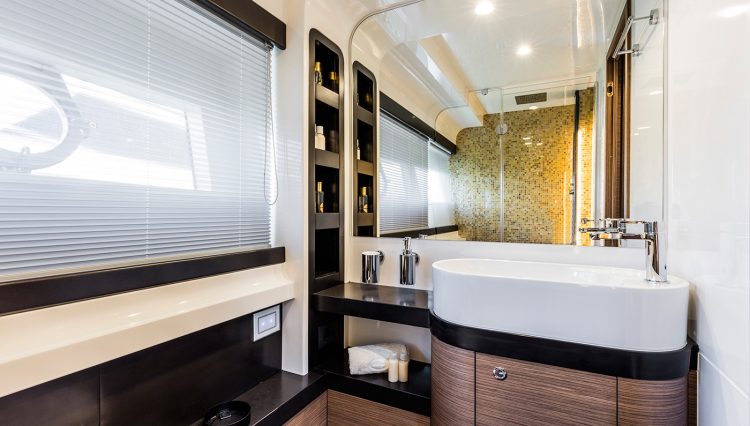 Founded in 1968 by two brothers, Alessandro and Norberto Ferretti, the two started their company by manufacturing small boats and their first motor sailer in 1971. Through the years the company went through many acquisitions and in 2012, it was acquired by the Chinese multinational heavy machinery and automotive manufacturing company known as Weichai Group. Ferretti’s manufacturing operations are based in both Italy and the US as well as a couple subsidiary companies.

During the 1980’s, the two brothers decided that they wanted to shift their focus on superyachts and used the location of Forli to house their base for constructing their superyachts but it wasn’t until the 1990’s that they began to market their superyachts to the US, Canada, Mexico, Venezuela and the Caribbean, through Ferretti of America. It was in 1996 that Ferretti expanded their superyacht operation to the building of larger vessels measuring 28 to 40 meters with flybridges and were constructed of fiberglass. In 1999, maxiyachts made of fiberglass and megayachts with steel hulls and aluminum superstructures measuring 30 meters were underway in production. To date, Ferretti works with 60 dealers and yacht brokers globally that market yachts for sale in more than 80 countries. They are one of the most well-known and highly recognized names and they continue to grow.