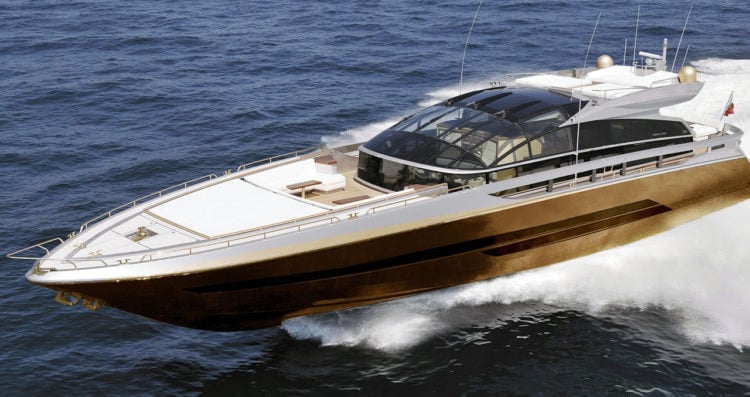 Most of us do not wish for much money; a million dollars is enough to make us turn our lives around, but there are always people who are looking for more. While you are praying for a car, another wants a private jet; while you are looking for more space in your garage, another is preparing to buy an entire house. We are not equal, and that is the reason why when you hear that someone is willing to buy a yacht for $4.8 billion, you have to ask who it is. A yacht that goes by the name “History Supreme” has you thinking that it contains lots of history either in its construction or decorations yet the only thing historical about the $4.8 billion yacht is the use of extinct bones. Stuart Hughes made the headlines eight years ago with the declaration that he had taken three years to complete building History Supreme, so we had to learn more about it.

Table of Contents show
1 Why be valued so highly?
2 Precious metals
3 Bones of an extinct animal
4 Meteoric stone
5 Time spent constructing it
6 Too good to be true

Why be valued so highly?

Multi-billionaires have competed against each other to see whose yacht is the longest and when we think that we have found the winner another boat is made and it outshines the rest. History Supreme was not about being the longest; it only was going to be 100 feet long, but the materials used to make it would ensure that no other yacht ever came close to its price. Manufacturers value their products depending on the cost of production and for Stuart, the boat which he also claimed the buyer had given him free rein to make, the construction meant going all out hence the astronomical price. History Supreme was reportedly made from:

As little girls boast of wearing nothing but gold-coated earrings since any other will cause them to have allergic reactions, they already feel like they own the world with their jewelry all because it has a touch of gold. Well, imagine owning a vessel whose base is made from solid gold. The anonymous businessman who bought the History Supreme took pride in owning a yacht whose base was made from gold; a thin layer is formed to coat its entire base, according to Stuart Hughes.

Bones of an extinct animal

The moment you learn that something no longer exists, you can be sure that finding it is going to be nearly impossible and when you do, the value will be too high for you to afford probably. Such is the case with the History Supreme, which only a multi-billionaire would dare think about buying. Stuart allegedly used the bones of an extinct dinosaur named “Tyrannosaurus Rex” or simply “T. Rex.” Why anyone would choose to have the bone shavings of a carnivorous dinosaur in their bedroom is a question that only Stuart can answer given that he supposedly came up with the design.

Everyone values their time differently; Josh Turner sang that time is love, but to a businessman, time is money. Stuart valued his time so much that he must have factored in the three years spent constructing History Supreme in the price when he quoted the £3 billion cost.

Too good to be true

In 2011, mainstream media went into a frenzy with the news that Stuart Hughes was going to make the most expensive in the world after Stuart claimed the project had been commissioned from an anonymous Malaysian businessman. The cost of the project was £3 billion according to Stuart Hughes and at such an amount is was apparent that someone somewhere was ready to splurge on a luxurious yacht, but the question remained as to who the mysterious buyer was.

As always when questions are unanswered, curiosity gets the better of us as we wonder if what we are being told is the truth or fabricated stories. Business Insider had assumed that the billionaire who bought the yacht was Robert Kuok but later discovered that the businessman whose net worth stood at a staggering $12.5 billion at the time, had deconstructed his Hong Kong mansion to avoid displaying his wealth. Now, that is not the behavior of someone who would spend $4.8 billion on a yacht.

We are always warned that if it sounds or looks too good to be true, it usually is, and in this instance, that was the case. Upon investigations, it was discovered that the whole project was but a hoax which the media had been gullible enough to believe in without doing their due diligence before reporting the lies to the public. It is shocking how far people are willing to go to make a name or themselves because Stuart Hughes was desperate enough to be noticed. According to Yacht Harbour, he went to the website of Baia Yachts and took pictures from there which he used to try and fool the public into believing he was making the most expensive yacht worldwide.

Our instincts should, however, have told us that billionaires are not interested in having a connection with the extinct animals by building a yacht with their bones. It is all about ego and for a billionaire a yacht should be something that gives him personal satisfaction, like Roman Abramovich’s Eclipse which he had built to eclipse every other boat in the sea with regards to length. 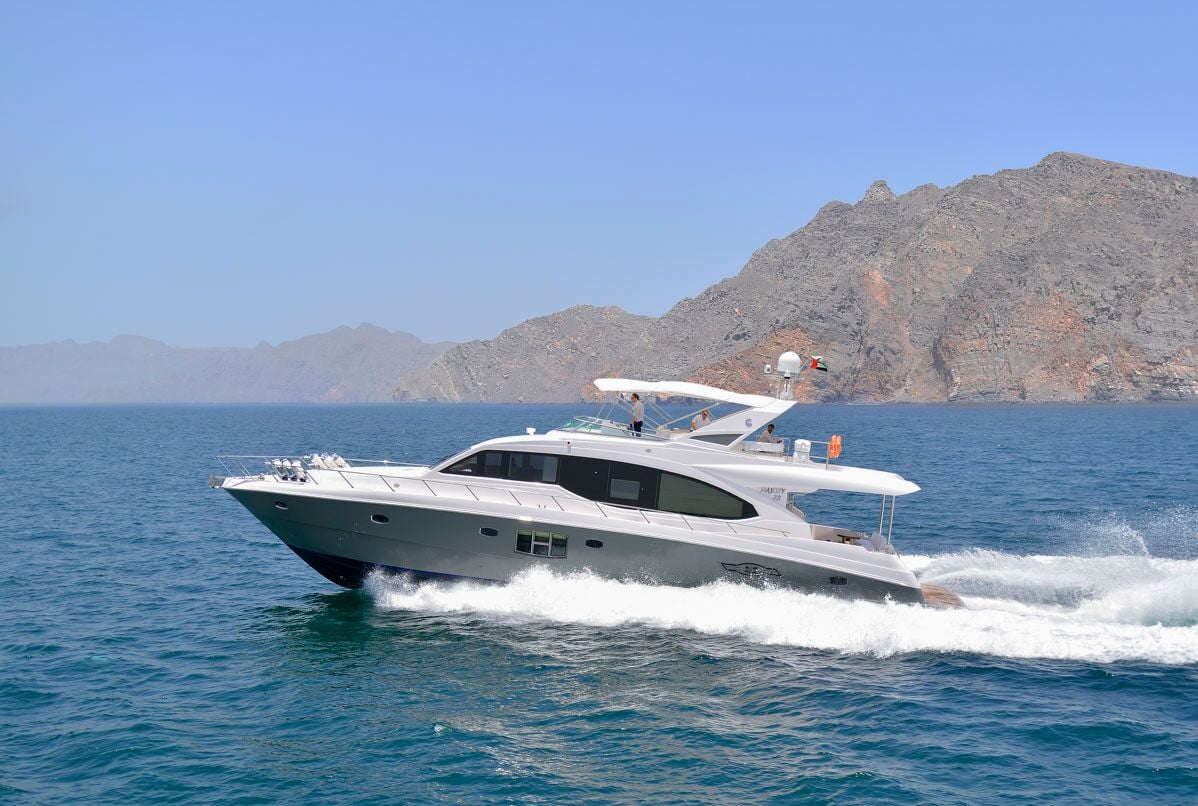 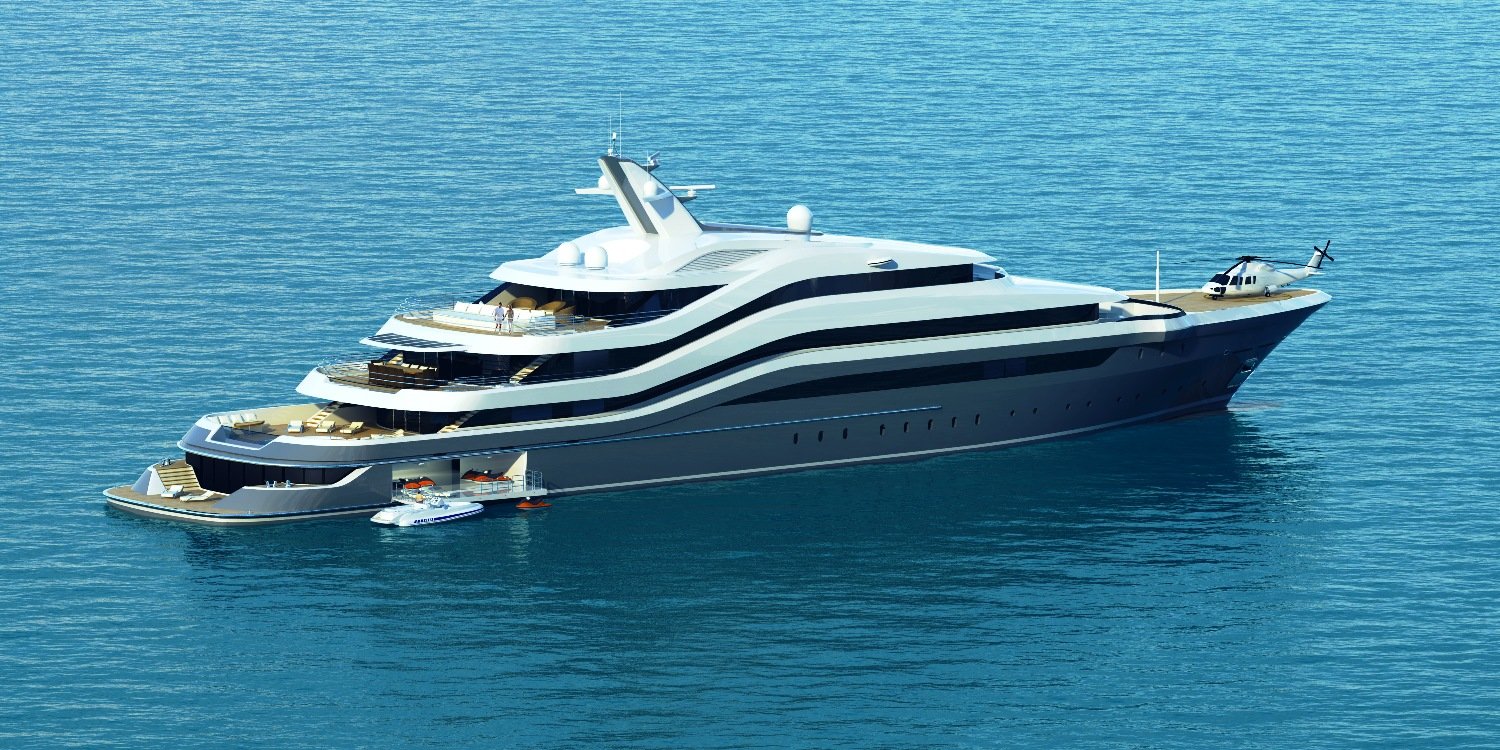 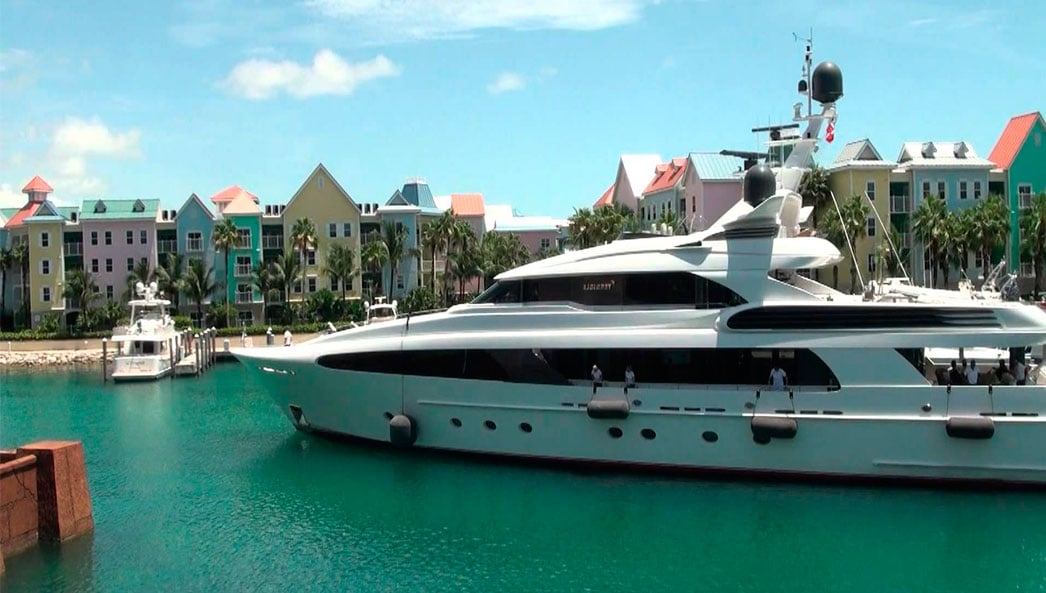 For a lot of people out there, Michael Jordan was the biggest sports star of the 1990s. This is because he led the Chicago Bulls to 3 championship wins from 1991 to 1993, retired from… 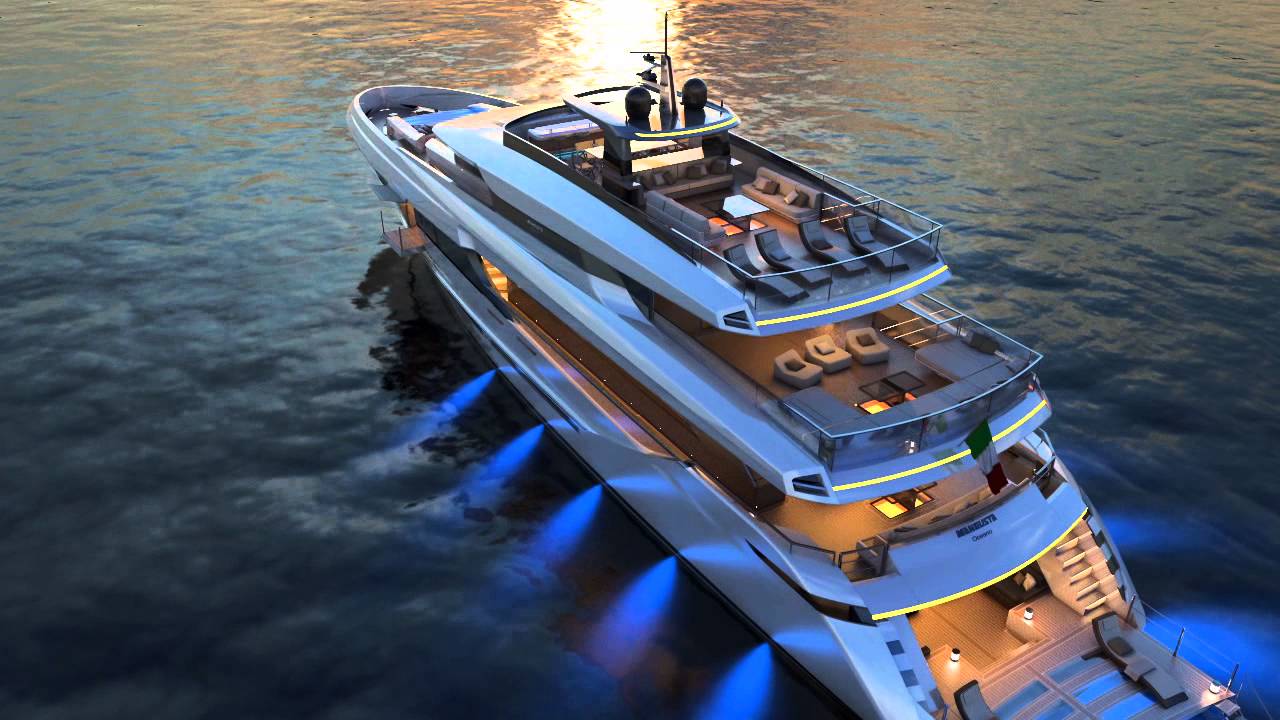 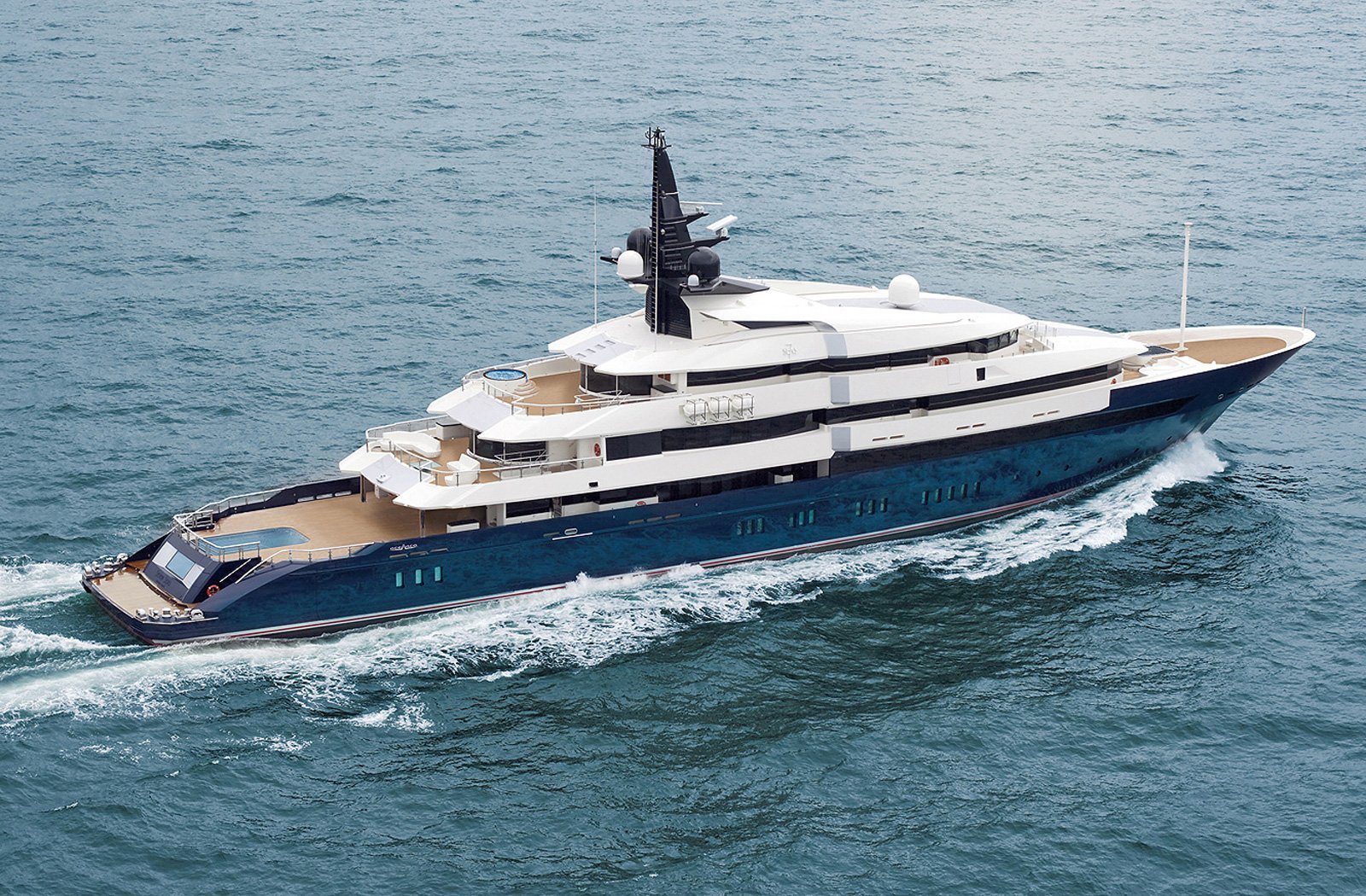 How much would you give to spend a week aboard Steven Spielberg’s $184 million super yacht? Few people expected the famed film director to open his yacht’s doors to strangers. However, even fewer people will… 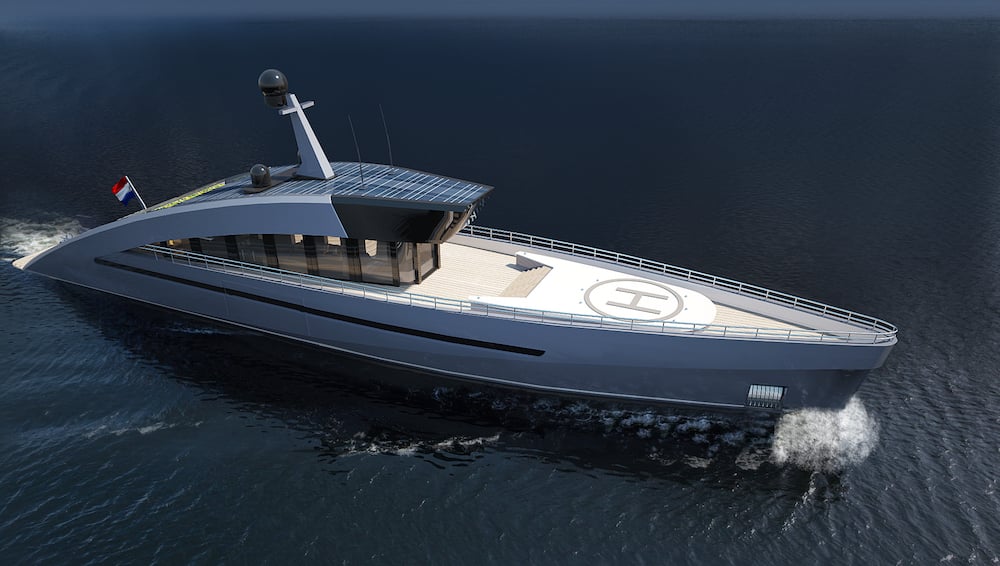