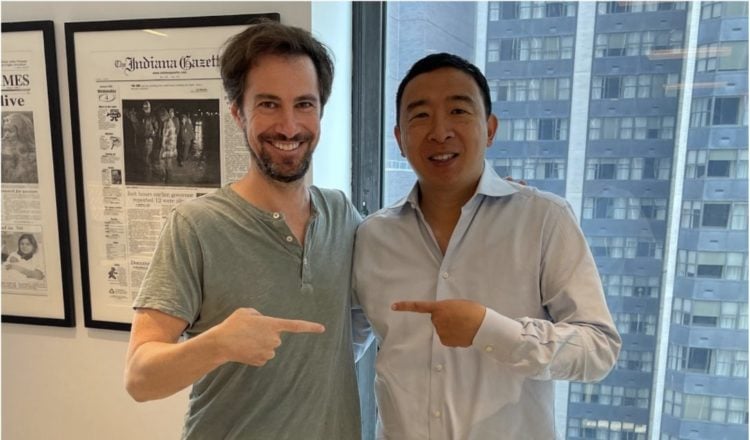 Michael Faye is the CEO of Taptap Send. The latter is a financial services company that specializes in helping immigrants send money back home. Something that can now be carried out in a matter of moments through the use of a mobile app.

Education-wise, Faye went to Harvard University. There, he studied math and classics. After which, Faye eventually earned a doctorate in business economics.

2. Was a Research Analyst for the UN Millennium Project

A lot of people see the United Nations in a very negative light because it seems powerless to intervene in international conflicts. However, it was always meant to be a world forum rather than some kind of world police. Even so, the United Nations has managed to get a fair amount of work done in less obvious areas over the course of its existence. To name an example, Faye was once a research analyst for its Millennium Project in the early 2000s, which was meant to come up with an action plan for achieving eight goals such as the eradication of extreme poverty, the provision of universal primary education, and the halting of a number of serious infectious diseases. By 2010, a number of countries and organizations had come together to pledge more than $40 billion in resources for those causes.

3. Has Taken an Interest in Universal Basic Income

Faye has taken an interest in universal basic income. For those who are unfamiliar, this refers to the idea of the government giving every single member of a given population a regular sum of money without a means test. Supporters say that this would solve the problem of extreme poverty while enabling everyone to realize their full potential. Opponents say that this would disincentivize working while being extremely costly. It’s a terrible idea all around.

4. Believes that Testing Is Needed

Perhaps unsurprisingly, Faye believes that more testing is needed when it comes to the topic of universal basic income. After all, speculation can be useful. However, it is no match for evidence, which needs to come from testing. So far, a number of tests have either been carried out or are in the process of being carried out, though they are still far from the point of having provided enough information to settle the matter. For that matter, even once they have, chances are good that universal basic income would remain a political issue.

5. Curious about How Universal Basic Income Will Perform in Developing Countries

6. Is Open to the Possibility that There Won’t Be a Single Conclusion

7. Believes that Feedback Is a Problematic Concept

8. Has Pointed Out Three Different Kinds of Feedback

To make his point, Faye pointed out three different kinds of feedback. First, there are personal preferences. Second, there are observations and opinions. Third, there are expectations. Faye thinks that phrasing all of these things as feedback is problematic because they change the way that said communications are received, which has the potential of introducing unnecessary friction to personal interactions. As far as he is concerned, it is better for each of them to be phrased as what they are rather than as the much more vague concept of feedback. Something that should make for smoother interaction.

9. Also a Co-Founder of GiveDirectly

Faye is also a co-founder of GiveDirectly, which is a nonprofit that enables interested individuals to give unconditional cash transfers to people who are in need. For the most part, the nonprofit is focused on East Africa. More specifically, this means the countries of Kenya, Uganda, and Rwanda. It isn’t hard to see the similarities between GiveDirectly and Taptap Send even though they are very different organizations run for very different reasons.

10. Has Had Some Interesting Insights Because of GiveDirectly

Naturally, Faye has had some interesting insights because of his involvement in GiveDirectly. For example, the nonprofit started out with the belief that the recipients aren’t stupid, meaning that they have a better idea of what they need than people with either no or next-to-no personal familiarity with how they live. Unsurprisingly, they proved to be right in this regard. However, GiveDirectly also made its fair share of mistakes. To name an example, it originally only held meetings with village elders. Nowadays, it holds both meetings with village elders and meetings with the rest of the community, which it has found to be useful for preventing misinformation while building up trust with everyone.