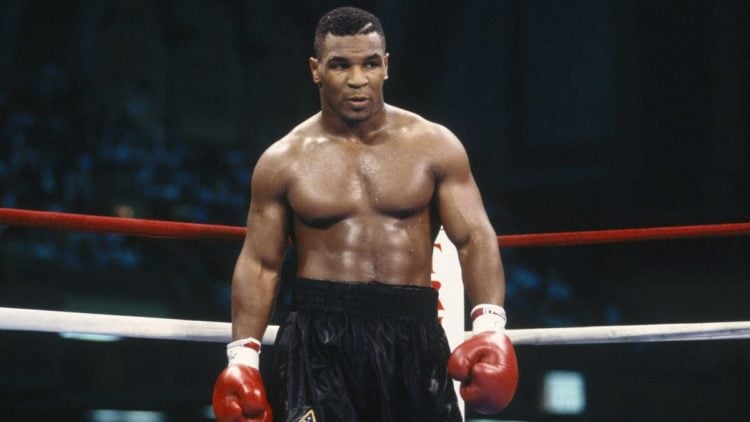 As one of the most successful professional boxers of all-time, Mike Tyson was one of the best-known sports celebrities in the world at the height of his career. Although he has seen ups and downs in both his personal and professional life, his success has made him a very wealthy man. In fact, it is estimated that he has a personal net worth of approximately $3 million. Here is how Mike Tyson became so rich.

Mike Tyson was born on June 30, 1966, in Brooklyn, New York. His father left shortly after he was born and his mother remarried. Sadly, this relationship also did not last and his mother died when he was just 16. This left Tyson in the care of his boxing manager, Cus D’Amato. He had been in trouble with the police numerous times during his teens, but he showed talent as a boxer and his manager was happy to take him under his wing.

Even as an amateur boxer, Tyson’s abilities showed that he had a promising future. He won gold medals at the Junior Olympic Games in both 1981 and 1982. His professional debut as a boxer came in 1985 when he defeated Hector Mercedes by knockout in the first round of the match. In his first year as a professional boxer, he had 15 bouts. Of his first 28 fights, Tyson won 26 by knockout, 16 of which were in the first round.

Due to his phenomenal success in the early stages of his career, Tyson attracted a lot of media attention and he was billed as a heavyweight champion of the future. It was in the second year of his career that he took part in his first televised bout. He fought against Jesse Ferguson and won the match. In the same year, Tyson was given his first title fight against Trevor Berbrick for the title of WBC heavyweight champion. He won the fight in the second round by technical knockout. This match earned Tyson a reputation for strength, accuracy, timing, speed, coordination, and intimidating his opponents.

By 1987, ‘Tyson-mania’ was rampant in the media as the boxer made an ambitious bid to fight all the top heavyweight boxers in the world. This mission led to him being the first heavyweight to ever own all three major belts, which were the championship titles for WBA, WBC, and IBF. He rounded off his successful year with a win by knockout in the seventh round in a bout against Tyrell Biggs, the 1984 Olympic super heavyweight gold medalist. All these wins accumulated a significant amount of money for Tyson as he was earning money from each fight and win. However, his success in the ring opened up a range of opportunities for him to earn money in other ways.

One example of this was his collaboration with gaming company Nintendo. They were impressed with Tyson and wanted to include him in the Nintendo Entertainment System port of ‘Punch Out!’. ‘Mike Tyson’s Punch Out!’ was released in 1987 and over a million copies were sold. The game was also well received by critics. The highlight of Tyson’s boxing career came in 1988 when he faced Michael Spinks in the ring. At that time, the fight was the richest fight in history and expectations of Tyson were high. Tyson won the fight after just 91 seconds when he knocked Spinks out in the first round.

Loss of His Fortune

Although he was at the height of his career, his personal life did not reflect the same level of success and Tyson began to attract media attention for the wrong reasons. He married actress Robin Givens in 1988 and the couple had a tumultuous relationship. Their marriage was over just a year later, and it was highly publicized. This was not the only controversy in Mike Tyson’s life as over the following years he repeatedly hit the headlines for negative reasons. Just some of the issues in his life included a rape conviction, imprisonment, failed relationships, and bankruptcy.

Following all these issues, Tyson lost most of the money he had made during his boxing career, which figures say amounted to $300 million. While he felt that he had failed in his life in many ways, he was able to turn his financial fortunes around. He has published two books, debuted in a one-man show in Las Vegas, and has made numerous television and movie appearances. Mike Tyson now lives in a luxurious property in Seven Hills Nevada. He is married to his third wife, Lakiha Spicer, with whom he has two children. He has been married twice previously and has fathered a total of seven children with three women. Sadly, his daughter Exodus died in a tragic accident in 2009 when she was just four-years-old.

According to Go Banking Rates,

In 2009, just six years after declaring bankruptcy, he made a star turn with a memorable cameo in the hit comedy “The Hangover,” then reprised himself in the 2011 sequel “The Hangover Part II.” He has since appeared in a variety of entertainment projects, including “Entourage,” “How I Met Your Mother,” “Law and Order: SVU,” the “Scary Movie” franchise, and even voicing himself in the animated TV series “Mike Tyson Mysteries.” More recently, Tyson appeared in a Chinese action film with Steven Seagal called “China Salesman,” which is slated for a U.S. release on June 15, 2018. Tyson also released his tell-all memoir — “Undisputed Truth” — in 2014, co-written with Larry Sloman.

The two paired up again in 2017 with the book “Iron Ambition: My Life with Cus D’Amato,” the story of Tyson’s relationship with his former trainer. Tyson revealed in January 2018 that he would be opening a 40-acre cannabis resort that will include 20 acres of marijuana cultivation in the Mojave Desert a little over 100 miles north of Los Angeles with his business partners Robert Hickman, Jay Strommen and Jennifer Wood. The long-term plan for the Tyson Ranch includes an edibles factory, upscale campground, the Tyson Cultivation School, a supply store and an amphitheater.