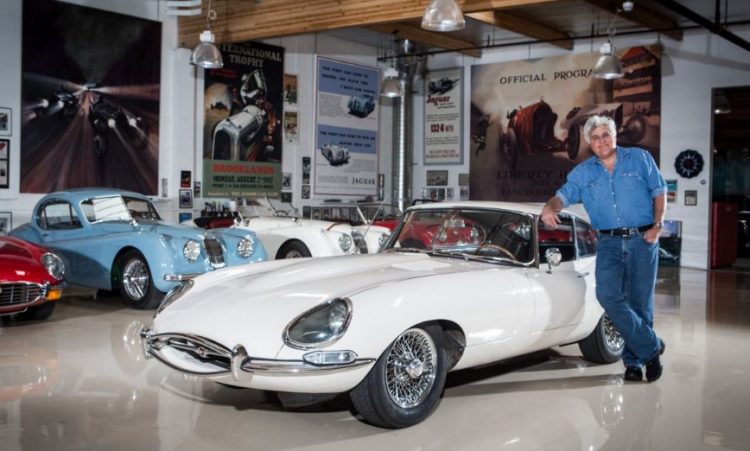 Jay Leno is known an actor, comedian, and legendary host of The Tonight Show with Jay Leno. He’s also one of the most well known car collectors on the planet. Some collectors simply carve out space in their garage for an extra project or two, but Leno’s collection is so large that he had to build a custom garage that’s bigger than most people’s homes to hold all of his vehicles.

Of the 286 vehicles that Leno owns, 169 are cars and the rest are motorcycles. He’s become such an esteemed car aficionado that Jay Leno has his own Popular Mechanics and Sunday Times columns. When the developers of the hit video game L.A. Noire needed to do some research into late 1940s cars, they didn’t hit the internet — they went to Jay Leno’s garage, which is full of them. As he owns a large number of antique and vintage automobiles Leno’s collection is quite pricey, and some of the cars are worth over $1 million.

Here are ten of the most expensive cars that Jay Leno owns. The Oldsmobile Toronado has the distinction of being among the first cars built in the US during its time that features front wheel drive. Prior to it hitting the market, the last American made vehicle to accomplish this feat was the 1937 Cord. Ironically, Leno bought his 1966 Oldsmobile Toronado and then modified it so it would be a rear wheel drive vehicle. It also now has a very powerful modified engine capable of reaching 1,000 hp. The R8 Spyder isn’t just a sports car, it’s an incredible ride with style and power that’s impeccable. Racing fans know the Audi R8 well as being one of the fastest cars in the world, and Leno fancies this model as much as anyone could. He paid a pretty penny to put one into his collection, and now he regularly drives the sleek ride. Jay Leno cars garage has a slew of vintage models, including the 1909 Stanley Steamer. It comes from back in the day when cars ran purely on steam as opposed oil. It’s not quick or convenient to use — it takes 20 to 30 minutes to get it running and ready — but Leno does drive it around on occasion. He got a decent deal on the car and then restored it to its original state. Many who were around in the 1980s remember this smooth car with a futuristic design that every auto lover craved. After Jay Leno bought and put some work into his 1986 Lamborghini Countach, he spent over $200,000. However, the money was well worth it as it not only looks great and runs well, but he uses the car regularly. Those who have played Gran Turismo have probably seen an incredible looking tank car featured in the game. That fictional vehicle is based on a real car in Jay Leno’s collection, the Blastolene Special, which was produced by the Blastolene brothers team. To make the model street legal, Leno had his mechanics make some changes to one off vehicle to get it ready for the road. And, in true Jay Leno fashion, he had it turbocharged as well. The 1963 Chrysler Turbine was a revolutionary car concept. When it was designed, the goal was to produce a vehicle that could run on a gas turbine engine. The tragic part is that the vehicles weren’t ever made available for sale to the public, and out of the 55 cars that were built all were destroyed with the exception of 9. Those remaining few either went to be put on display or were sold privately to uber rich collectors, including Jay Leno. The price that he paid is estimated to be $415,000. Currently, Leno is one of only two people in the world who privately owns a 1963 Chrysler Turbine. Another of the most valuable Jay Leno cars is the 1994 McLaren F1, which is about as exclusive a sports car as they come. Only 106 of the model was produced, and it was once considered the fasted car in the world due to having a top speed of 243 miles per hour. In addition to its exotic looks and blazing speed, what makes this car different from others is that the driver set is positioned in the middle of the vehicle. One of the most expensive cars in Leno’s collection is the 2014 McLaren P1, which set him back $1.35 million. It’s just one of 375 models that exist in the world, and it’s also the ultimate sports car. This model goes from 0 to 60 in three seconds, which is quite a feat for an electric car. Aside from its power and performance, the McLaren P1 features a stunning design. This red beauty looks incredible in Jay Leno’s garage, but that’s because of the work that his experts put into it. When he bought it for a jaw dropping price, he still had to invest tons of money into getting it looking and working like new. After many hours of restoration, his 1955 Mercedes 300SL Gullwing Coupe is a real showpiece that can even be driven. Of course, now the value of the car is well above what he paid for it. Proof that Jay Leno is one of the most legit car collectors on the planet is his collaboration with GM to create the EcoJet. The car was, in part, inspired by another vehicle on this list, the 1963 Chrysler Turbine. Like its predecessor, the EcoJet uses bio-diesel as opposed to fuel like a standard engine. Leno and one of his garage techs worked together to draw concepts, and then GM came into the picture to help actually produce one of the vehicles. It looks awesome, and this car is literally priceless — Leno didn’t have to buy it, and no one else owns one.