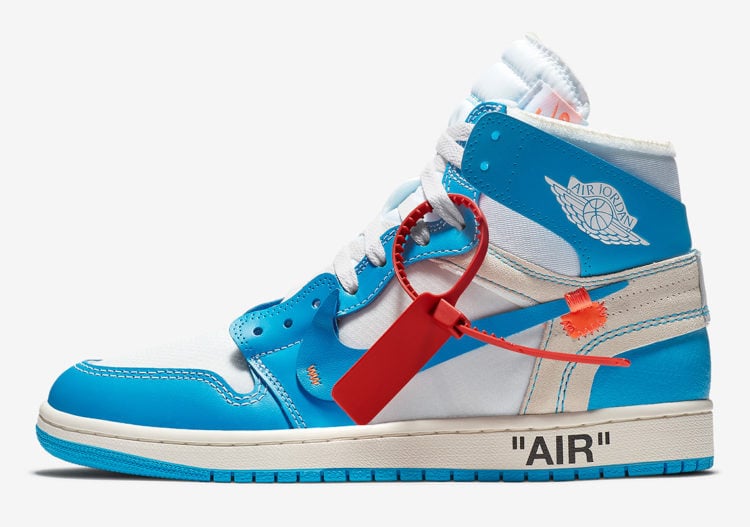 Nike’sOff-White Jordan 1 shoes were definitely among the most highly anticipated shoes coming out in 2017. If you didn’t have any problems securing your pair then congratulations on a job well done. There were plenty of others who can’t say the same. These may have been the most talked about shoe for 2017 and the first part of 2018 and here are 10 things you didn’t know about the Off-White Jordan 1.

1. There are a lot of knockoffs on the market

The Off White Jordan 1 shoes retail for $190 a pair, and that’s if you can find them at a retailer that hasn’t completely sold out. The one danger involved with buying these shoes from an unknown retailer is that there are a lot of fakes out there. They may look a lot like the authentic versions, but the counterfeiters are getting good at passing off the fakes.

2. The Off-White Jordan 1 shoes are not just about prestige

While some people may think that owning a pair of these amazing shoes can change their lives, in the end, they’re apparel. Shoes don’t make the man, woman or child, it’s what’s inside that counts. For everyone who watched their friends get a pair but they couldn’t seem to find them in stock anywhere at a decent price, you’re as good as anyone else. Are Off-White Jordan1s cool and are they high quality and comfortable? Yes on all three counts, but they don’t elevate your true worth as a person.

3. They have the power to form a clone army

It’s almost comical to see how many people in a certain group will end up wearing the same type of shoes. The Off-White Jordan 1’s are no exception. They have the power to attract people who are like-minded together into large groups who are all wearing the same model of shoes. This doesn’t make any of them bad either. What it means is that they have discriminating taste, in many cases. Not everyone who wears a pair of these iconic kicks is doing it to be trendy. They really are amazing shoes.

4. There was a big mixup with some of the orders

There was a big mix-up that turned into a really big deal for some of Nike’s customers. They ordered their Off-Whites and what came in the mail was an unpleasant surprise. They were sent in the wrong boxes. While this may not seem like a big deal to some people, it really is to the customers who were almost gypped out of the original boxes. Nike just happened to agree with them and sent a rep to fix the issues and it took nearly two weeks, but they righted the wrongs.

5. The Nike Off-White Jordan 1s have developed a sub-culture

The popularity of the Off-White Jordan 1 shoes is so immense that they have started a culture within a culture, at least in the United States. People have such a strong desire to own a pair that it becomes a driving force with them. You can tell that wearing them brings some people extreme pleasure and you can tell this by the smiles on their faces. When two strangers pass wearing them, there is a glance or a nod exchanged as if to imply that “it takes one to know one.”

6. The Off-White Jordan 1 is truly a masterpiece

Often when this is said about a product it is little more than a sales tactic or an oblation. In the case of the Off-White Jordan 1 shoes, it happens to be a fact. Virgil Abloh is a master who has an established talent for creativity and his contributions to Off-White are undeniable. Michael Jordan is the master of his craft and he knows what a good shoe looks and feels like by virtue of his former profession. When you bring the two great minds together, you have a winning combination.

It was bad enough when the wrong boxes were used in shipping out new orders for this iconic model, but there was another issue with the shipping. There were quite a few of the boxes that arrived in damaged condition. This was almost as bad as sending them in the wrong box.

8. They give people something to look forward to

Amidst all of the hype and the struggle to find a pair of these shoes at retail price, most people realize that they will have a chance to buy their own pair, even if they’re temporarily out of stock. Sometimes it takes a little patience and looking around for the right deal. When a shoe like this is released it gives dyed in the wool fans something to look forward to. In this day and age where there is so much stress and peril in the world, it’s really nice to have something like the Off-White Jordan 1 to look forward to.

These shoes sold out so quickly that there were a lot of disappointed customers. Nike showed a lot of class and stepped forward to do what they could at the time. They issued a public apology for the speed at which the shoes sold out.

10. Some lucky customers won theirs in raffles

The anticipation for these shoes was high, and retailers capitalized on the fact. Several of them held raffles and draws as promotional campaigns and some lucky Nike fans won at least one and sometimes more pairs of the Off-White Jordan 1 shoes. How’s that for luck?