Home
Lifestyle
Sneakers
Is the Nike GO FlyEase Worth The Price?
Prev Article Next Article 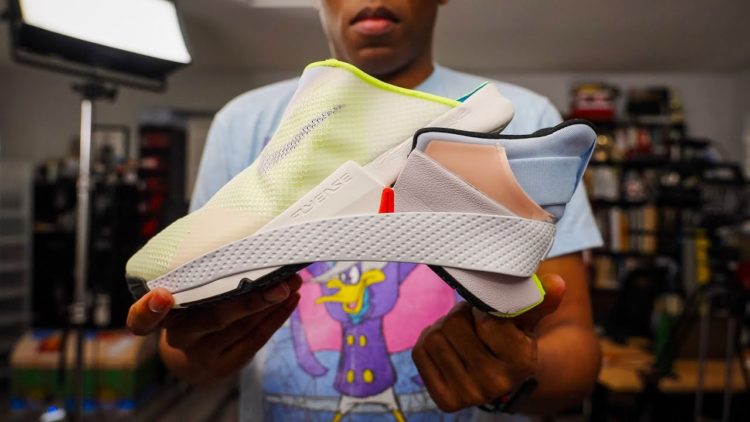 Isn’t it funny how when you’re young, you think about shoes in terms of how they look as opposed to how they feel? Most people of a certain age are capable of wearing practically anything without giving much thought to how comfortable they are, not to mention worrying about whether or not the shoes actually provide any real level of support. The thing is, your view on shoes tends to change the older you get. It’s almost like you reach a certain age and all of a sudden, you couldn’t care less if the shoes look stylish as long as they don’t make your feet hurt when you wear them. If you’re fortunate enough to find something that’s both comfortable and stylish, you would be doing yourself a favor to get your hands on a pair as quickly as possible before everyone else figures out how great they are and scoops them up in your place. Such is the case with shoes by Nike called FlyEase. These shoes have been making a lot of waves lately because they’re not exactly cheap, but the truth of the matter is that they very well may be worth the purchase price. If you want to know more, all you have to do is keep reading.

What Makes Nike FlyEase So Special?

Perhaps the thing that makes this particular shoe so special is that it’s designed specifically to make getting your feet into shoes easier. This particular design came into being because an individual who was struggling with cerebral palsy throughout his entire life wrote to Nike and explained that despite his best efforts, he was unable to tie his own shoes as a junior in high school. He asked if there was anything they could do that could make the situation better. It might have been easy to simply discard the letter and pay no attention, as many people would expect such a lack of response from a major corporation. However, Nike did the exact opposite. They listened to what this young man had to say and then they decided to create a product that would potentially fix the problems that are often experienced by individuals who have issues with mobility or fine motor control. It comes in the form of a shoe that can be zipped and unzipped, not down the center of the tongue, but around the heel. This is important because it eliminates the need to angle one’s foot into the shoe. For anyone who doesn’t struggle with mobility issues, this is something that is taken for granted on a daily basis but for those who do suffer, it can sometimes be excruciatingly painful or even almost impossible from a functional standpoint to be able to maneuver a foot into a shoe and then tie the laces. This particular shoe eliminates both issues, as it’s no longer necessary to carefully maneuver the foot into the shoe, not to mention the fact that shoe laces don’t have to be tied once the foot has finally been placed into the shoe itself. That’s a big deal for anyone that has cerebral palsy, not to mention those who have Parkinson’s disease, arthritis or any other issue that makes putting their shoes on difficult.

There is no doubt that this is one of the best inventions to come along in a very long time. After all, it gives people who might otherwise struggle to put their shoes on an opportunity to gain more independence and few would argue that this is a major benefit. The problem is that Nike only released these shoes as a limited edition. When the company first made the release, they were charging $120 for the shoes. That’s more than reasonable and for most people, it’s a price that’s quite affordable. However, the problem is that they didn’t release it as a regular line like many people expected them to do. The fact that it was released only as a limited edition meant that hordes of people started trying to scoop the shoes up for themselves, many of which only wanted to have them as a collector’s edition. Some wanted them simply because they’re different. By the time it was all said and done, the shoes were sold out and the individuals who really needed them most were not able to get them. Of course, the bigger problem is that now the only way that anyone can get a pair of these shoes is through individuals who are reselling them online. That poses an issue because the going rate is approximately $600 per pair. It’s almost unfathomable to think that a pair of shoes that originally cost just over $100 is now costing roughly six times that much, all because it was released as a limited edition. That has caused a lot of people to blame the resellers because the individuals who genuinely need these shoes are unable to afford them. However, it also leads one to ask why Nike decided to release them as a limited edition as opposed to adding them to their regular line up in the long-term. So far, there don’t seem to be any answers on any of these fronts.

Are They Worth the Price?

For anyone who genuinely needs a pair of the shoes, the new question becomes one that involves trying to decide whether or not they’re worth the current purchase price. After all, do you really want to pay $600 for a pair of shoes? Even if it’s within your means to do so, you might be hesitant to spend that much money on a single pair of shoes. The good news is that the shoes do exactly what they were designed to do. As a result, it could be one of the best purchases that you’ve ever made, provided that you’re buying them because you suffer from chronic pain or some type of mobility issue and you genuinely need them. The sad part is that most individuals who purchase them now are collectors, people who are simply going to put them on a shelf as some type of display as opposed to actually wearing them. For every pair that is purchased in this manner, that’s one less pair that is available for someone who actually needs them. It’s an incredibly frustrating situation, there is no doubt about that. However, the shoes may be worth the purchase price if you need them. Hopefully, Nike will eventually release the shoes on a continual basis and not as a limited edition.