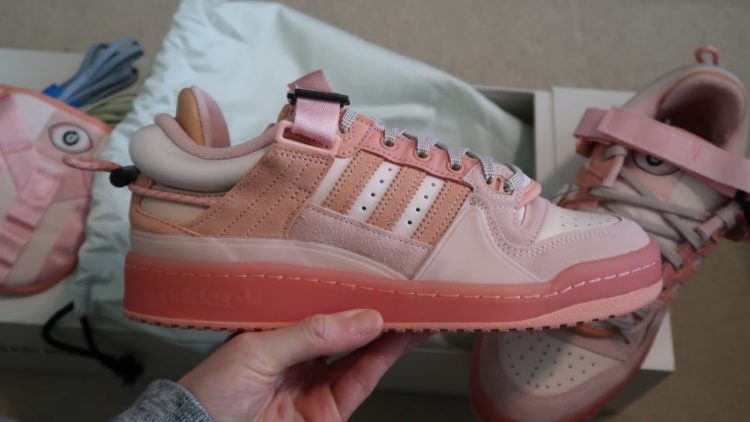 Only a few short months ago, Adidas released some of the most sought after sneakers that they’ve ever put on the market. The Bad Bunny sneakers, as they are commonly known, are definitely not cheap. That said, they are among some of the most popular shoes that have ever been released through the company. That said, a lot of people have been asking a single question. Why are these shoes so expensive? After all, their purchase price was not exactly for the faint of heart. That begs the question, what is so special about these particular sneakers that make them worth so much money? Perhaps the better question to ask is are they really worth that much money or is there just a lot of hype surrounding them that causes them to cost more than they should?

One of the reasons that these particular shoes are so pricey is because they were done in a special collaboration with artist Bad Bunny. This isn’t the first time this particular artist has ventured into the shoe business, either. As a matter of fact, the artist had previously collaborated with another company to design a pair of Crocs and then market those same shoes to the general public. Those shoes sold out in a matter of minutes. The exact same thing happened here with the Adidas shoes. As a matter of fact, they went on sale in mid-august and it literally took minutes for them to be completely sold out. Ever since then, people that weren’t fortunate enough to get online and get their hands on a pair right away have been trying to find the shoes for themselves. That’s one reason that they are now so expensive. As you’ll see in the next paragraph, it all comes back to that same age-old issue that you learned about during your high school economics class. When there is a big demand for a certain product, yet that product is very limited, the price goes up exponentially. In some cases, people may be willing to pay $10, $20 or even $30 or more for a product than it originally cost, all because there are plenty of people looking for that particular product and not enough of it to go around.

It’s important to remember one thing here. Anything that has any degree of popularity to it and is a limited edition is going to translate into something that’s also expensive. It’s just the way that economics works. Unfortunately, this is something that a lot of potential buyers discover the hard way, especially if they don’t get in on the first round when something is for sale at its originally set price. Sure, it’s possible for you to go on certain websites and find a pair of these shoes that someone is reselling, but how much are you going to have to pay in order to get your hands on them? There are two reasons that you may not already have a pair. In all likelihood, the biggest reason is that they are limited edition. That means that there are only so many of them that were released to the public in the first place. Once they’re gone, they’re gone. Everyone knew the date that these shoes were dropping on and they were sitting at their computers, at the ready in order to get a pair for themselves. This often causes a lot of websites to crash and even when they don’t, it can be hard for the sites to work as designed. That means that not everybody is going to be able to get their hands on a pair because they will inevitably be sold out before everyone that wants a pair is able to make an actual purchase. The other reason is that in some cases, people are somewhat hesitant to make a purchase because they are weary of the purchase price. The issue is that once they decide they actually do want them, the price is usually much higher than it was to begin with.

As you might have guessed, the initial purchase price for these shoes wasn’t exactly cheap, At $160 per pair, some people were more enthused about buying them than others. However, the initial asking price was a bargain compared to the price you’re likely to pay for a pair that you find today. Remember, the shoes came out in August of this year. They sold out in minutes. All these months later, it’s that much more difficult to find a pair for a reasonable price. That’s because the few pairs that people have purchased and were willing to resell are quickly being gobbled up. As a result, the few pairs that are still available are becoming more and more expensive with every passing day. It is not outside the realm of possibility to pay four or five times as much as the shoes originally cost in order to get a pair now. The thing is, that cost is only going to get more expensive as time passes. The more exclusive they become, the more money they will cost. If you find a pair that cost upwards of $1,000, you shouldn’t be terribly surprised. After all, they were immensely popular and there aren’t very many pairs left that are available for sale on any platform. At the end of the day, you only have one choice if you really want a pair of these shoes. You have to pay up. It’s fine to peruse different websites in order to find the best deal that you possibly can, but don’t expect to find a pair for next to nothing. They are only going to get more expensive, so if you are balking at the idea of buying a pair now, just imagine how you will feel in a couple of months, provided you can even find a pair at all. 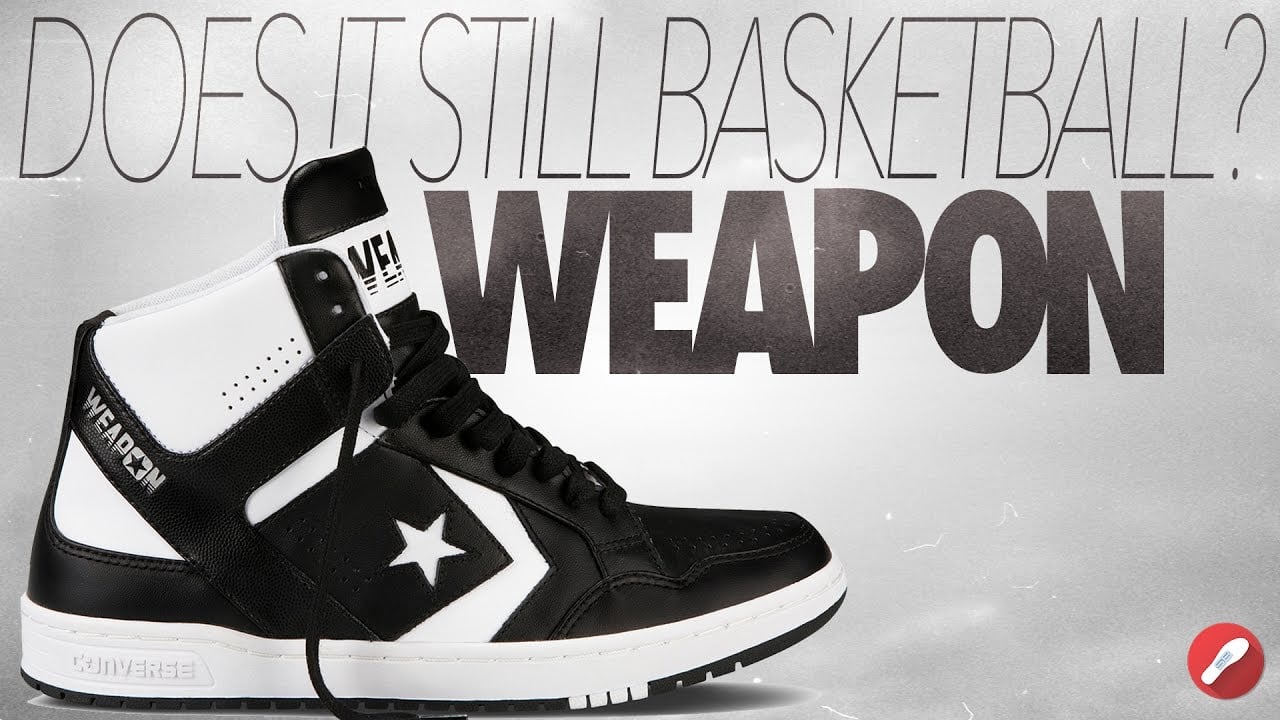 Converse Sneakers which include Cons, Chuck Taylor All-Stars, Jack Purcell, One Star, and Star Chevron trademarks are one of the best-known footwear companies. One of the things that set them apart is their rubber soles… 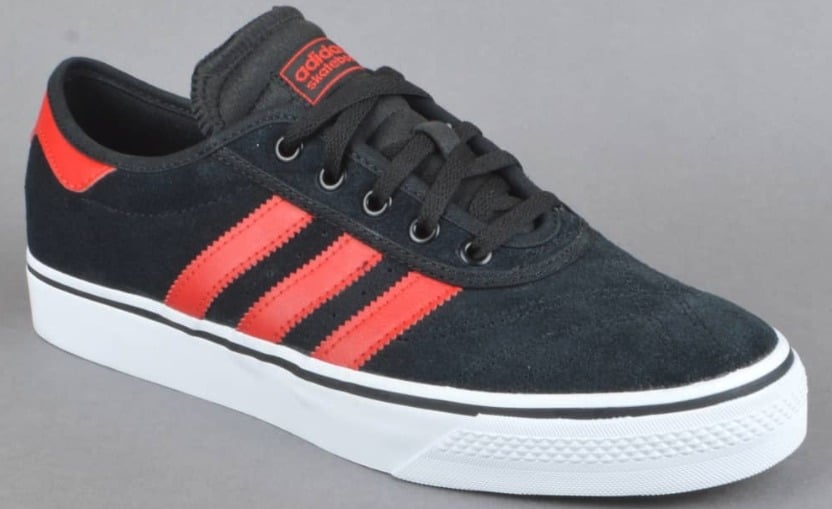 Everyone has their way of unwinding after a long tiring day; some will have fun in a dance studio learning a few salsa moves while another will take a walk to the park and maybe… 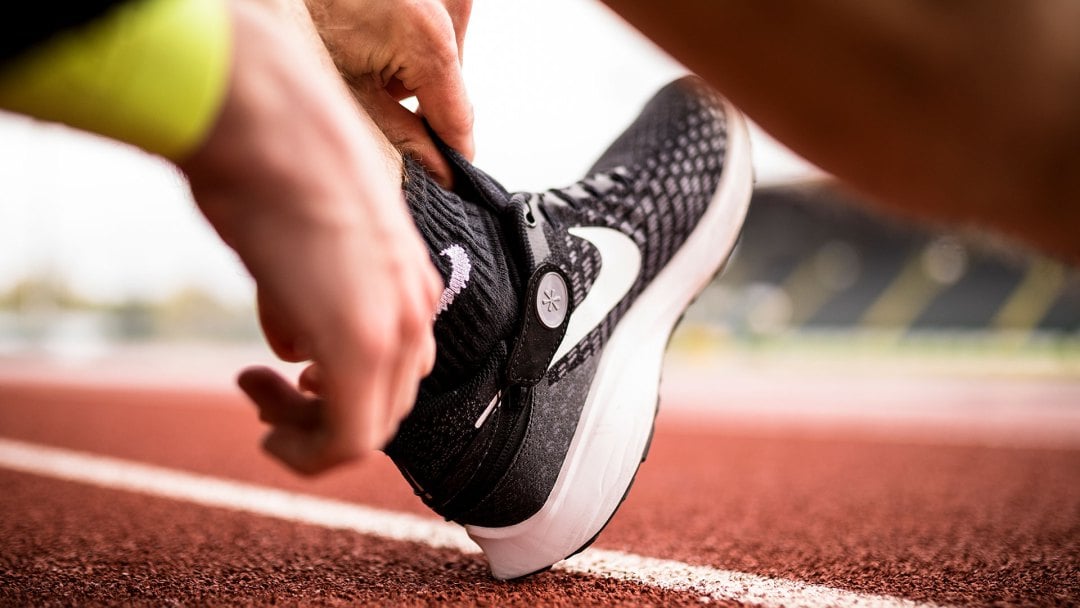 When you find a certain brand and style of shoe that fits perfectly and delivers the kind of performance that suits your lifestyle, it’s nice to have a few pairs in the closet. The Nike… 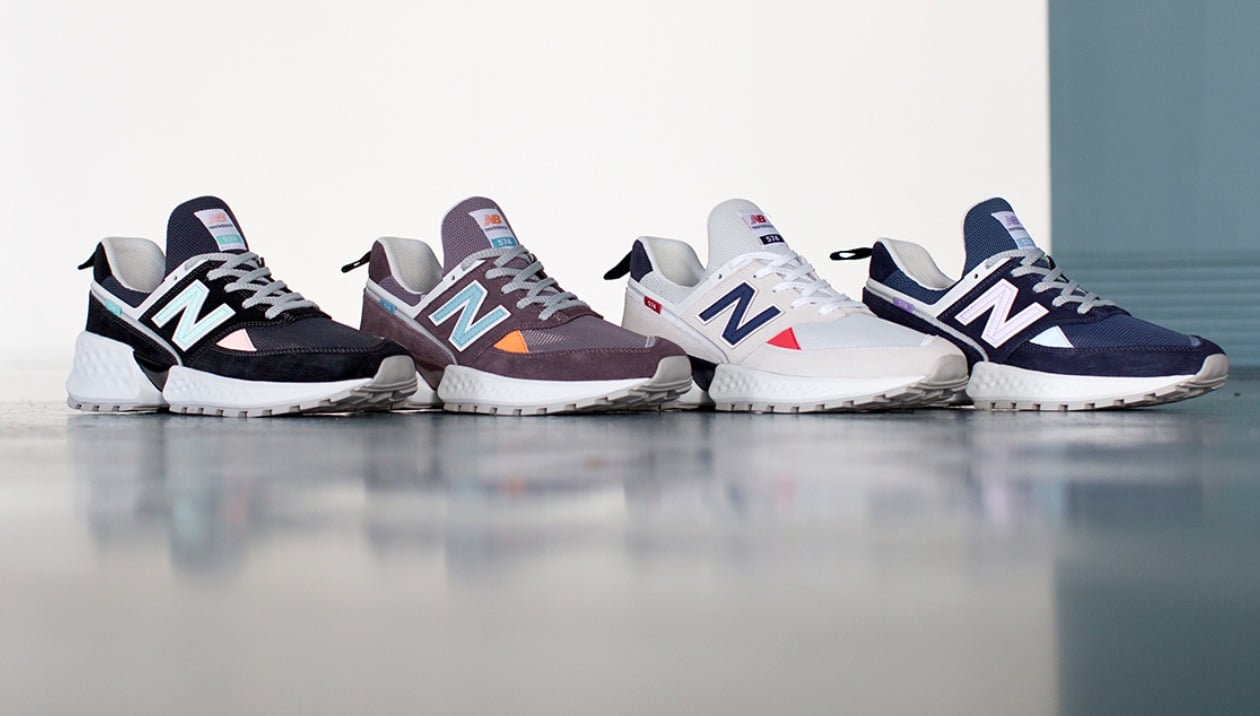 New Balance 574 is a popular brand that has gained popularity in the market and for the right reasons as well especially for sneaker lovers. Recently, their New Balance, the 574 Sport V2 provides for… 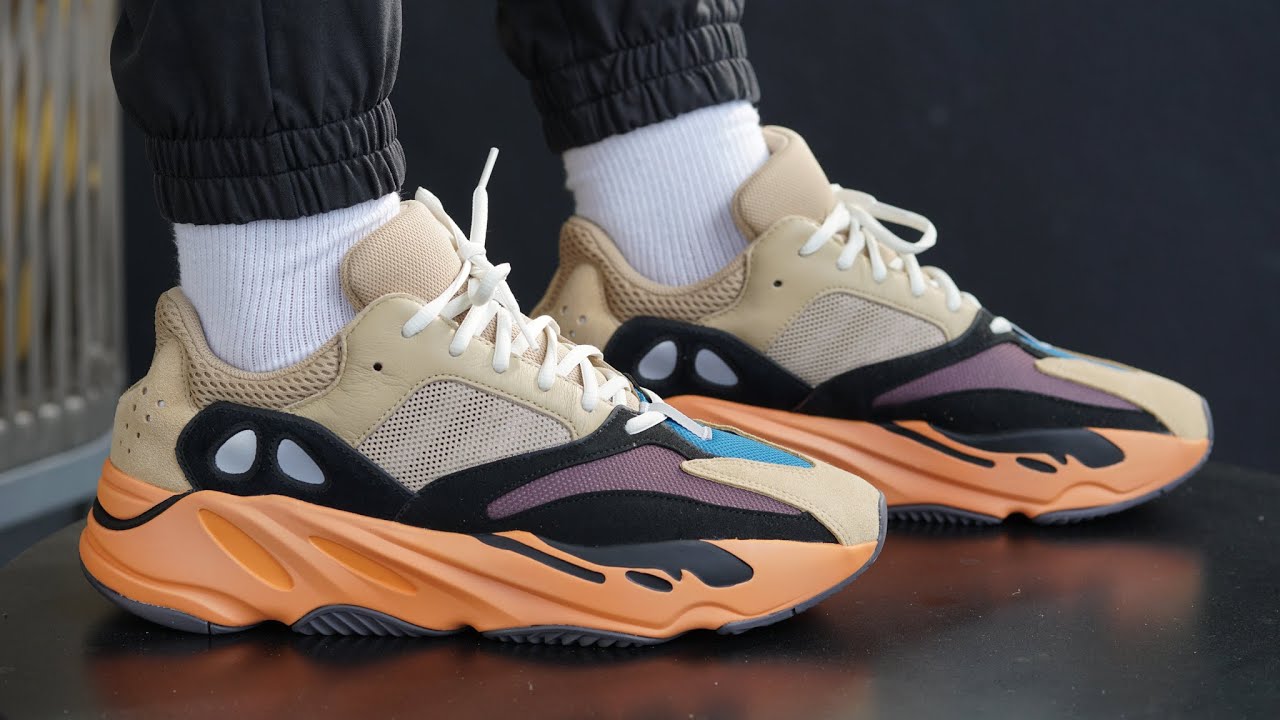 Yeezys have been giving other shoe companies a run for their money when it comes to sneakers. Unlike many different brands, Yeezy feature great and unique designs. Some sneaker fans dare say that the Yeezy… 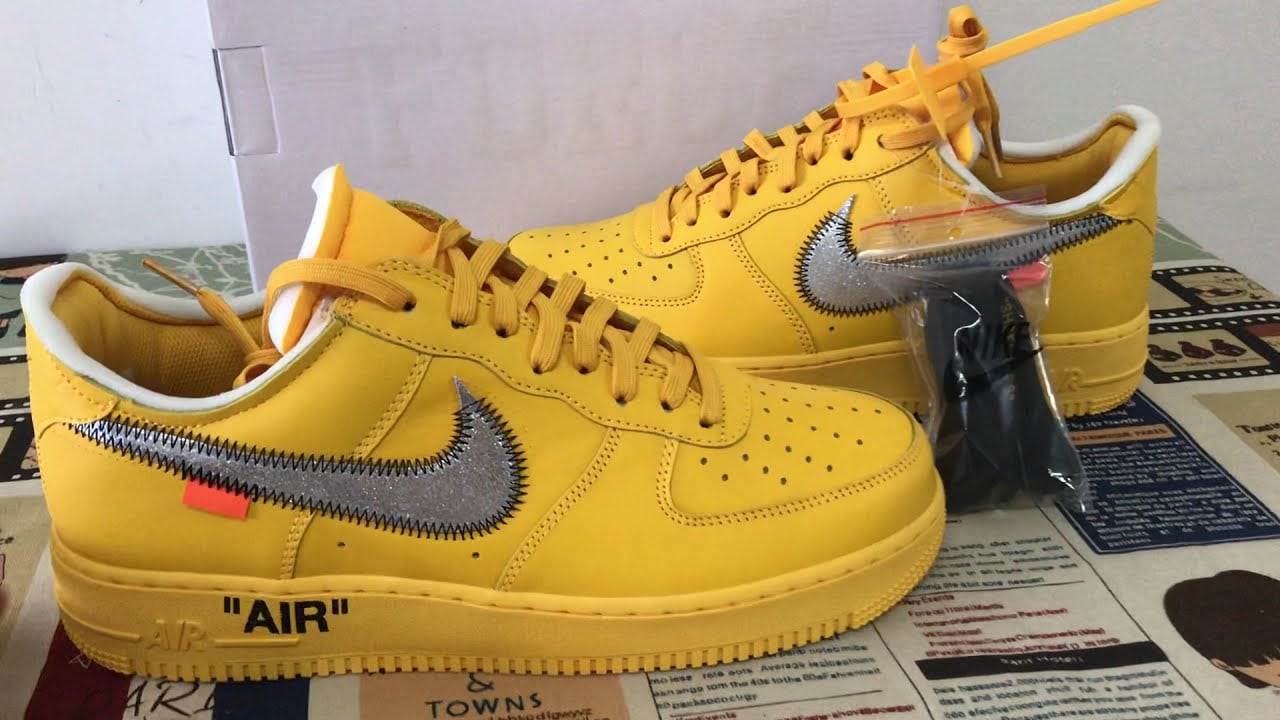