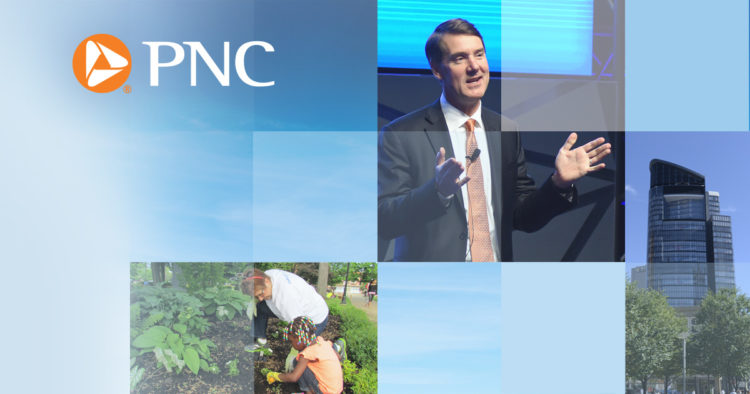 PNC Financial Services is considered one of the most successful super-regional banks in the world. The CEO of this financial institution is William S. Demchak. He’s an American businessman who has steered at the helm of one of the most successful companies in the country, but what do we really know about him, other than the fact that he’s a phenomenal leader? We looked into his profile and history and found some facts about his that are worthy of sharing, so here are 10 things you didn’t know about PNC Financial Services CEO William Demchak

1. He attended the University of Michigan

Demchak first went to Allegheny College where he earned his bachlors of Science degree. From there he went on to attend the University of Michigan where he earned his MBA in accounting. While in college, he was a member of the economics club and active in intramural sports, Lacrosse and was active in student government. He was also a member of the Phi Beta Kappa Honor Society and the Phi Delta Theta fraternity.

Prior to accepting the position with PNC, William Demchak held other jobs. One of them was with JP Morgan Chase. His credentials were impeccable and he had a proven record in finance. While he was with this high profile financial institution he held several executive positions.

3. He didn’t enjoy his time at JP Morgan Chase

Demchak is very candid about his experiences with JP Morgan-Chase. He shared that the institution was not an enjoyable place to be employed. He didn’t elaborate other than to share this information.

When William Demchak first started working with PNC it wasn’t as their CEO. He was the Chief Financial Officer who worked with the CEO Jim Rohr at the time. By 2005, Demchak received a promotion to become the leader of the Corporate and Institutional Banking division. He was promoted again in 2009 to the Senior Vice Chairman and president in 2012. He became the CEO in 2013 and the position of chairman was added to his title in 2014.

5. He’s a Pittsburgh native and is there to stay

Demchak was born in Pittsburgh, Pennsylvania. He currently lives there with his family and he shared that this is his home. He went further to state that this is the only place that he would want to raise his family. He and his wife Debbie have three children together.

6. He’s handsomely compensated for his work

7. He’s involved in his community

8. He has learned from his failures

When you look at William Demchak, you see the picture of success. He, like most of the rest of us has had his share of failures and it’s helped in the formation of his current philosophy of leadership. He freely shares that we must learn from our failures. We must also surround ourselves with people who present challenges instead of just going with the status quo. It’s how we become better leaders. He also believes that we serve those we work with and for.

Those who have worked with Demchak i the past give him credit for being a man who is capable of bringing positive change to an organization. This is precisely what Blythe Masters of JP Morgan Chase has to say about him. Masters asserts that it was Demchak who exhibited a kind of candor with investors and employees that helped to earn their trust, which is no easy task when working as an executive in high finance institutions.

William Demchak is involved with an organization called Activate Pittsburgh. As a part of his humanitarian work he supports their campaign to curb obesity and improve overall health. He also worked with PNC Bank to develop a campaign that supports underprivileged kids in the Pittsburgh area.