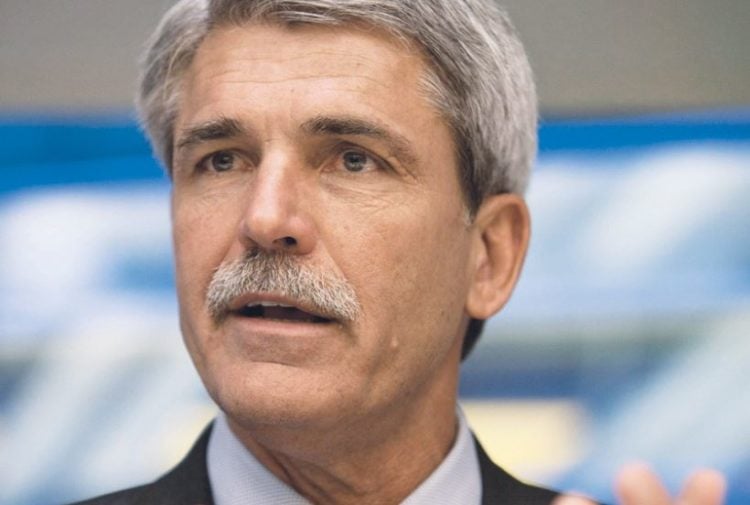 What do you know about Paul C Reilly, Chief Executive Officer of Raymond James Financial? If you have enough money that you can afford to invest and you need someone to help you manage that wealth, there’s a better-than-average chance you’ve at least heard of this company. You may or may not utilize their services, but you’re probably at least familiar with who they are, as well as what they’re all about. On the other hand, you might be one of the many individuals who are living paycheck-to-paycheck and can’t even imagine what it would be like to need someone to help you manage your wealth. Nevertheless, that is a good problem to have and it’s one that everyone likes to think about from time to time. Whether you actually need someone to help you manage your finances or you simply daydream about the time when you will find yourself in that situation, it’s important to find the right financial advisor for anything. In reality, you don’t really have to be rich in order to need a financial advisor. They can help you with all kinds of things that everyday people need, such as planning for retirement or socking away enough money to cover your child’s college education. These are the things that Raymond James focuses on, along with a number of other services that are provided to their customers. In addition, they provide these services to both individuals and large corporations, something that makes them rather unique. If you’re interested in knowing more about their CEO, Paul C Rielly, all you have to do is keep reading. Below are 10 things that you may not know about this dynamic and charismatic individual.

1. He has spent his entire professional career with the company

This is something that you don’t see very often, to say the least. Most people have several companies that they have worked for throughout the years, especially by the time that they gain enough experience to have a shot at being CEO. In his case, he spent his entire professional career working for the same company. Granted, he’s found a way to work his way up the rungs of the ladder but he’s never strayed too far from home when it comes to his professional life. This is something that makes him a bit of a rarity in Corporate America.

2. He serves on several boards

This is not uncommon at all. In fact, the overwhelming majority of Chief Executive Officer serve either as chairman or as members on several boards. This is something that is almost universal throughout the corporate world, and it’s a way that these individuals can potentially leverage their influence, even outside the walls of their own corporations. Of course, that isn’t always the case but there is some opportunity for such things to occur.

3. He attended Notre Dame University for both of his degrees

As a matter of fact, he attended Notre Dame for both his bachelor’s and master’s degrees, achieving degrees in business related subjects in both instances. When you consider how difficult it is to get into this university, it definitely says something about the individuals that are capable of not only being accepted but of graduating with a master’s degree.

4. He doesn’t come from money

People can sometimes assume that someone that makes as much money as he does has been rich their entire lives. The thing about assumptions is that they are often based on personal opinion and they’re frequently incorrect. As a matter of fact, he doesn’t come from money and is what most people would consider a self-made man.

5. He believes in the value of a hard day’s work

He grew up during a time when people were expected to pull their weight and then some if they wanted to get ahead. Nothing was handed to anyone. This is a work ethic that he still carries with him to this day. More importantly, he rewards similar work ethic when he sees it within his own company.

6. He’s trying to change the reputation that most CEOs have

He’s firmly and acutely aware that the majority of CEOs don’t exactly have the best reputation. In fact, they can be known for being ruthless and completely devoid of empathy. He’s working hard to change that. He wants to bring the company as a whole closer together and as such, he typically maintains an open-door policy for anyone and everyone who works there.

7. He understands finances better than most

Not only does he have a firm understanding of finances, he knows how to make things work in his favor. Recently, he started selling some shares of the company, but he limited the number of shares that he would allow to be sold. This drove up the cost to just under $100 per share. He sold all of the shares in near-record time and ended up making over 5 million dollars in a single day.

8. He surrounds himself with good people

You’ve heard that age-old saying, “a chain is only as good as its weakest link.” There is some truth to that and he fully realizes it. Because of that, he ensures that he has surrounded himself with people who are capable of getting the job done, even when they are met with challenges.

9. He places a premium value on good education

These days, it’s hard to know whether a person should attend college or go to some type of trade school after they graduate from high school. One of the things that makes him unique is that he doesn’t advocate the same path for every person. However, he does strongly advocate that each person needs to do what puts them in the best position to achieve their dreams and make themselves financially well-off.

Anyone that works extremely hard also needs to have time to play hard and relax as well. Without that balance, people get burned out and they lose the passion they have for doing whatever it is they once loved to do. This is another thing that makes him unique. When he’s at work, he gives it everything he’s got and then some. When he’s taking a break, he does everything he can to ensure that the people he’s chosen to run things while he’s gone can do so without disturbing him.