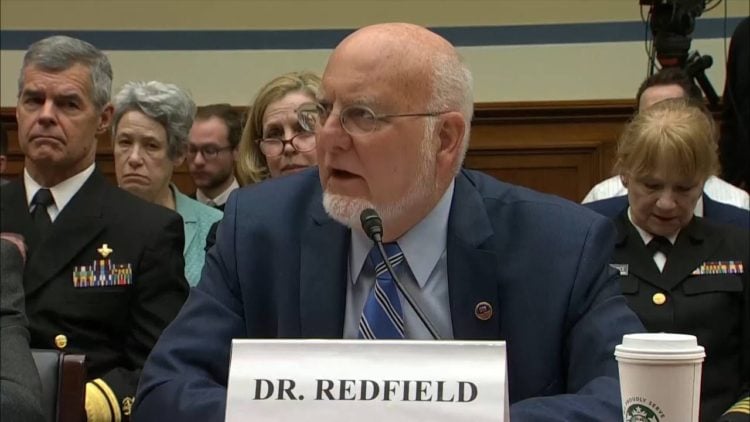 Robert Redfield is the Director of the Centers for Disease Control and Prevention (CDC). As such, he has become much more prominent in the public consciousness in recent times because of the current COVID-19 crisis.

1. His Parents Were Involved In Medical Research

To a considerable extent, Redfield’s career was influenced by that of his parents. After all, both of Redfield’s parents were scientists with the National Institutes of Health (NIH), meaning that both of them were involved in medical research. For those who are unfamiliar, the NIH is the part of the Department of Health and Human Services responsible for biomedical research as well as public health research through both direct and indirect means.

Education-wise, Redfield went to Georgetown University, which can be found in Washington, D.C.’s Georgetown neighborhood. The school can claim the honor of being the first Catholic institution of higher learning in the United States, which can be explained by the fact that the Royalist loss in the English Civil War resulted in very harsh restrictions on Catholic education in English colonies. For instance, while the Jesuits still conducted Catholic schools, they had to do so in a clandestine manner.

Medical professionals have to specialize because no one can become an expert at everything that falls under the field of medicine. In Redfield’s case, he did his postgraduate medical training in internal medicine, which is focused on internal diseases. Unsurprisingly, internal medicine is a huge field in its own right, meaning that it encompasses a wide range of further sub-specialties. Examples include but are by no means limited to critical care medicine, infectious diseases, pulmonology, sleep medicine, and sport medicine.

Much of Redfield’s medical research was focused on HIV. For instance, he headed up research that showed that the heterosexual transmission of HIV was possible, which might seem obvious now but was nonetheless very important in those times because AIDS was once seen as a “gay plague.” Unfortunately, even once it had become known that HIV could infect both homosexual and heterosexual individuals, it took a lot of celebrity announcements, sex education programs, and other initiatives to get this information into the public consciousness. Even now, the idea of AIDS as a “gay plague” lingers on to some extent in the United States and beyond, though it is nowhere near as widespread thanks to those initiatives as well as other factors.

Besides that, Redfield managed to make a number of other important contributions to our understanding of HIV. One excellent example would be how he helped turn the insights gained through clinical trials into practical treatments for people suffering from not just HIV but also other chronic viral infections. Said process isn’t much commented upon in the public consciousness, but it is nonetheless critical for enabling medical research to ensure better health outcomes for patients.

7. Had No Previous Experience Leading a Government Agency

Redfield became the new Director of the CDC on March 26 of 2018. However, it is interesting to note that he had no previous experience leading a government agency, which is something that has received renewed focus in recent times because of the increased scrutiny on the Trump administration’s handling of COVID-19. There can be no doubt about Redfield’s extensive experience when it comes to medical matters, but the fundamental issue is that running an organization calls for a very different skill-set, particularly when it comes to something as complicated as the CDC.

8. Some of His Colleagues Have Spoken Up For Him

Some of Redfield’s long-time colleagues have spoken up for him, stating that he is a very experienced individual who has headed up large-scale programs in the past. This is presumably beneficial for Redfield, seeing as how he is getting blasted by both Democrats and Republicans because of the current COVID-19 crisis, as shown by President Donald Trump’s tweeted criticism of the CDC. Much of the criticism is focused on the delayed testing, but other issues have come under serious scrutiny as well.

9. Not the First Time that He Has Been Embroiled In Controversy

It is interesting to note that this isn’t the first time that Redfield has become embroiled in controversy. For instance, there was the time when he pushed for the widespead testing and tracking of HIV in the U.S. military because he believed that would be the best way to bring the infectious disease under control. However, Redfield’s proposal met with considerable opposition, not least because a lot of people feared that the resulting information would be used to either boot out or otherwise discriminate against homosexual individuals. Later, Redfield was investigated because of suspicion that he had overstated the beneficial effects of an experimental AIDS vaccine, though said investigation never turned up any actual evidence of misconduct on his part.

10. Believes That COVID-19 Is Going to Be a Long-Term Issue

Redfield has stated his belief that COVID-19 is going to be a problem for some time to come rather than something that can be resolved in a matter of months. Currently, he believes that there is going to be a decrease in transmission during the late spring and early summer when the infectious disease moves into the Southern Hemisphere, which will provide a few months’ time to prepare for when it makes a return in the late fall and early winter. This is critical because the overwhelming majority of Americans haven’t been exposed to COVID-19, meaning that serious measures will be needed to protect them when that second wave comes.