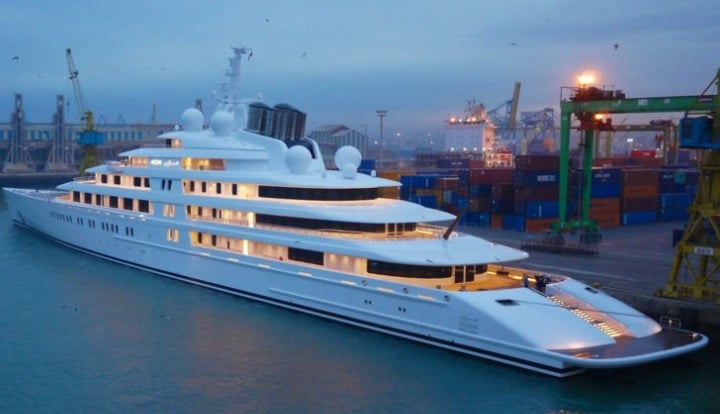 It’s the longest yacht in the world and one of the world’s biggest superyachts. The Azzam is a sight to behold. It’s sleek and slender. Traveling up to 32 knots, it’s fast. The Azzam was commissioned by the President of the United Arab Emirates, one of the wealthiest monarchs in the world. It took three years to build and was launched in 2013. It’s veiled in secrecy. No one knows quite for sure what the interior looks like except for what we’ve heard from French interior designer Christophe Leoni. We do know that the Azzam superyacht has a heliport, a submarine, and a missile defense system. It can travel at fast speeds in warm shallow water. It has a large capacity for guests and crew members. The Azzam is certainly one of the most luxurious yachts of all time. Here is a closer look at the $600 million Superyacht Azzam.

It took one year to be engineered and three years to build the Azzan superyacht. Built in a Bremman, Germany Shipyard by Lüssen Yachts, the Azzam was launched in April 2013 and delivered to its owner in September of that year. The Azzam was commissioned by Khalifa bin Zayad Al Nahyan, the President of the United Arab Emirates. The expensive superyacht was commissioned as a charter to avoid higher European taxes but will not likely be used as a charter. Khalifa bin Zayad Al Nahyan is said to be worth $15 billion. His family is believed to be worth $150 billion. Khalifa was born in 1948 and was heir to the Abu Dhabi throne. He took on many political responsibilities during his father’s reign. Khalifa succeeded his father as Emir of Abu Dhabi in 2004 and was named the President of United Arab Emirates the following day. He is married to Shamsa bint Suhail Al Mazrouei and they have several children. They reside in the presidential palace and have a private jet. It’s really no surprise that the fourth wealthiest monarch in the world commissioned the Azzam superyacht.

While technically not the largest yacht in the world, the Azzam is certainly the longest. The Eclipse, owned by Russian Roman Abramovich, is larger but falls 57 feet shorter than the Azzam. The Azzam is 590 feet long. Its beam is 68 feet. The Azzam features an unusually short draft that is just 14.1 feet. This helps the yacht gain its speed. Its maximum speed is 32 knots. The Azzam is powered by two gas and two diesel engines and features four pump jets. The Azzam’s interior features an open floor plan with no pillars. The main salon is 29 meters long with an 18-meter beam. There are 18 staterooms that can accommodate up to 36 guests. The Azzam accommodates up to 60 crew members in 30 cabins.

The Azzam superyacht has many special features. Some of these features are truly unique. While there is a heliport, there are some other amazing features that come with the Azzam. This superyacht has its own submarine. It also features a missile defense system. It’s believed that the master suite of the Azzam is completely bulletproof.

World renown Italian yacht designers, Nauta Yachts helped make the Azzam superyacht a reality. Nauta Yachts worked with engineer Mubarak Saad al Ahbabi to design and build the amazing superyacht Azzam. The company works diligently to create some of the greatest yachts in the world. From the original design through its building, Nauta Yachts designs yachts to be majestic, sleek, powerful and structurally sound. The company also pays attention to detail, honoring the requests of the person who commissions the yachts to be built. In building the Azzam, Nauta Yachts paid adherence to the owner’s instructions to create a long, slender yacht with major security measures as well as a yacht that could travel at high speeds through even warm, shallow waters, according to Boats International.

The interior design of Azzam is complements of French Yacht interior designer Christophe Leoni. While little is know about the interior of the Azzam, its interior design can be concluded through interior designer Christophe Leoni. The actual interior has been kept secret with no known photographs made public. We do know that the main salon has an open floor plan with no pillars to break it up. We do know that Christophe Leoni, through his own style and through the owner’s request, decorated the interior of the Azzam in early nineteenth century French Empire style yet in a relaxed fashion. There are 18 large guest staterooms as well as 30 cabins for crew members. The master suite, we can only imagine, is a luxurious retreat for the President Khalifa bin Zayad Al Nahyan and his wife. The master suite is also said to be completely bulletproof. We can only imagine how enchanting gatherings are on this magnificent yacht in this magnificent atmosphere. The world’s longest superyacht, the Azzam, is an amazing feat of yacht engineering. It’s one of the largest yachts in the world and certainly one of the most luxurious and accommodating. The Azzam is luxurious, sleek and fast. It is certainly a wonderful way for the United Arab Emirate’s President and his family and friends to relax on the sea. 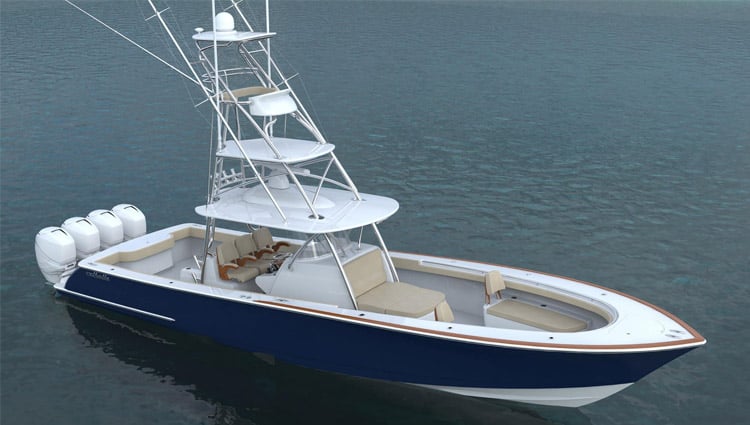 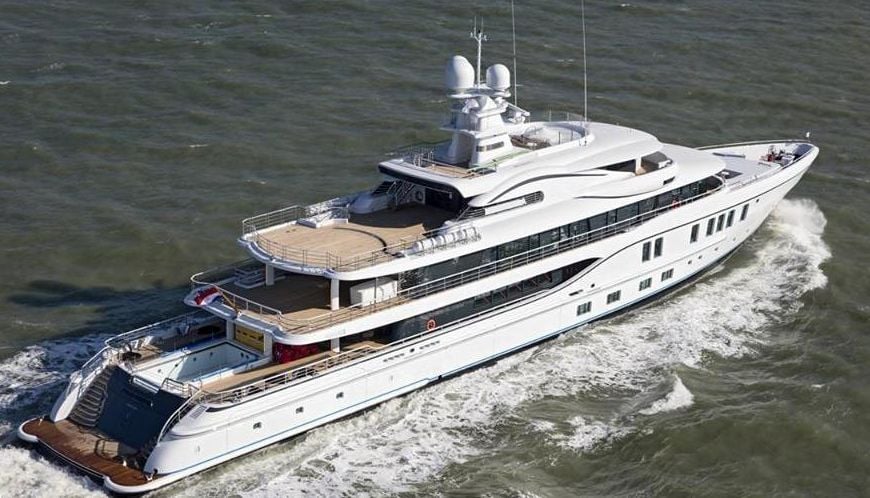 Not only has the number of superyachts grown over the decades, but the size and popularity of these luxurious vessels has grown as well among the wealthy. There are multiple shipyards around the world that… 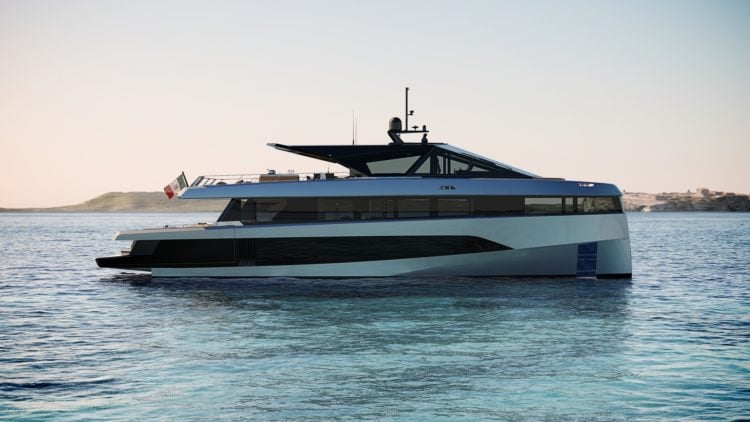 Every yacht is unique and special, but some are a cut above the rest. The Wally WHY200 is in the latter category. It doesn’t take a deep dive to see the first thing that sets… 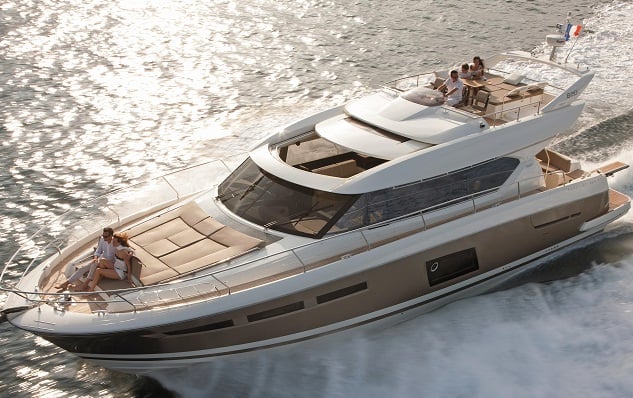 Express cruiser yachts give you the best of both worlds when it comes to boating – fun and protection. You can enjoy hours of fun in the sun while having the added advantage of protection… 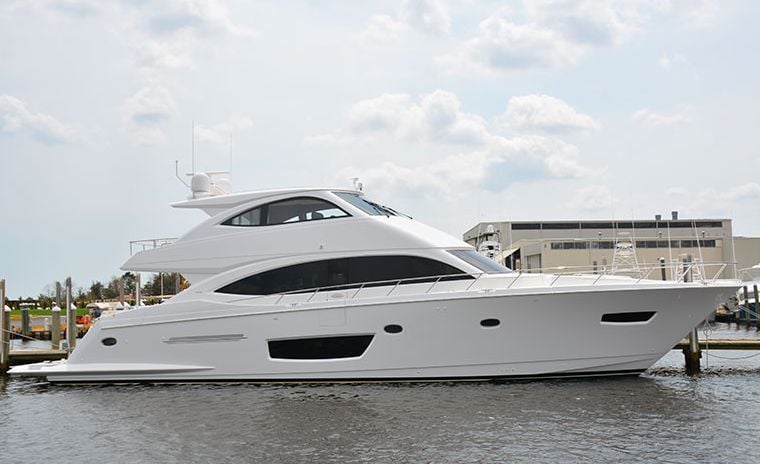 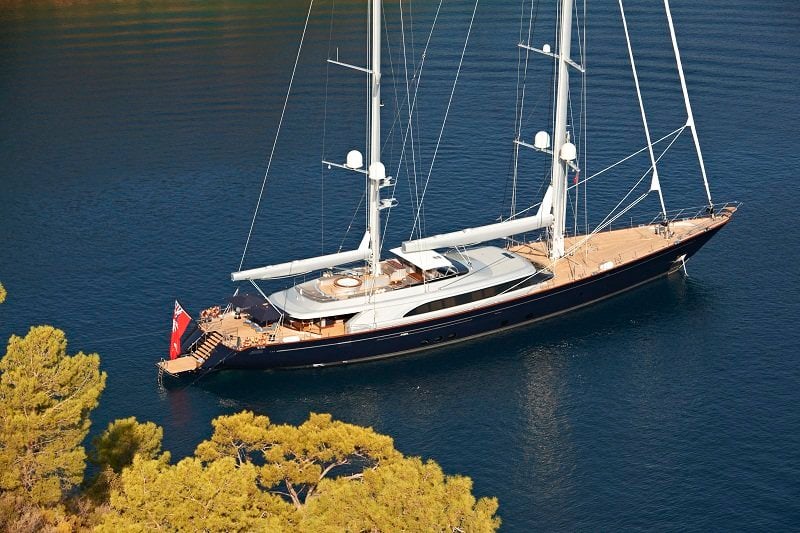