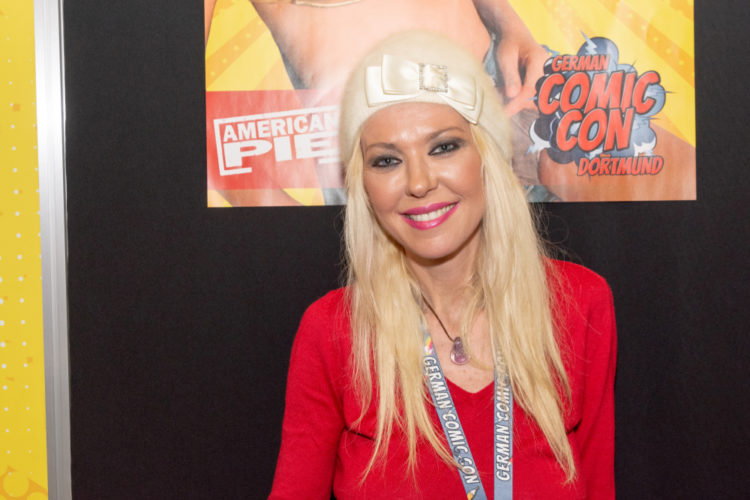 Tara Donna Reid is one of the most popular American models and actresses in Hollywood. Reid began her career as an actress early and eventually became known for her role in the “American Pie” films. According to Cheat Sheet, Tara Reid has been featured in a number of shows, including several reality TV series. Let’s discuss how she achieved her current Net Worth of $2,000,000.

Reid was born in Wyckoff, New Jersey, on November 8, 1975. She was raised alongside her brother and twin siblings by her parents, who were both teachers. Before attending high school in Los Angeles and New Jersey, Reid was admitted to a Catholic elementary school. She attended the Professional Children’s School in Manhattan with future actors Macaulay Culkin, Christina Ricci, Sarah Michelle Gellar, and Jerry O’Connell.

In 1982, when she was six years old, Tara was featured on the popular CBS daytime game show Child’s Play. During this time, she also appeared in more than 100 commercials for corporations like Milton Bradley, Crayola, McDonald’s, and Jell-O. In her teen years, Tara landed a role on Saved by the Bell: The New Class. She moved to Hollywood at 22 and landed her breakout role in The Big Lebowski a year later. The show only grossed $17 million, but it gained a cult following.

When she finished shooting The Big Lebowski, Reid appeared in a more prominent role in Urban Legend, a more financially successful film. The film inspired two sequels – although Reid did not appear in either – and grossed about $40 million in the United States. She then landed a minor role in Cruel Intentions, another successful film. Although these films were financial successes, the first mainstream success for Reid came when she landed the role of Vickie in American Pie in 1999. It was the first film she played in to rise to number one at the box office. It grossed more than $100 million – a new record for Reid. She reprised her role in the second installation of American Pie, American Pie 2 (2001), which grossed more than $145 million in the United States. Although she did not appear in the 2003 installation (American Wedding), she reprised her character in American Union in 2012. Tara Reid’s work on the American Pie franchise propelled her to fame.

Commercial Flops and Fall from Grace

Although the success of her role in American Pie 2 was supposed to propel her to greater heights, Reid landed roles in some commercial flops like Van Wilder and Josie and the Pussycats. She appeared in Dr. T & the Women as the daughter of a gynaecologist from Texas. The fact that she starred alongside big names like Richard Gere did not do anything for her status. Next, Reid had a role on the small screen, playing a recurring character in 11 episodes of the third season of Scrubs. She then appeared in My Boss’s Daughter, alongside Ashton Kutcher – a role that got her nominated for the Worst Screen Couple and Worst Supporting Actress at the Golden Raspberry Awards in 2004. The next year, she played a character in Alone in the Dark where she mispronounced “Newfoundland” and became an internet meme. Critics were not pleased by the film, and she once again found herself nominated for the Worst Actress at the Razzie Awards. Still, in 2005, Reid was set to host Taradise (initially called E! ’s Wild On Tara Reid). The show was supposed to showcase high-society hot spots and vacations, but it was canceled less than a month after the August 10 premiere. The network’s president claimed that the program was difficult to produce with a well-known host like Reid. In yet another failure, Reid joined Celebrity Big Brother 8 on August 18, 2011, and was evicted after receiving the least votes. She was the third celebrity to leave the house. As you can see, this period of Tara Reid’s career did not spawn many successful ventures, but she did make a career comeback, as you will see below.

Reid announced in September 2011 that she would be appearing in “Wow Oh Wow,” the new music video by Jedward that was shot in October that year. She also appeared in the band’s “Ferocious” music video in 2014. These ventures marked the beginning of her career comeback. Her real breakthrough came in 2013 when she landed a role in Sharknado – the hit Syfy film that inspired five sequels. According to Suggest, she made $125,000 a film.

Net Worth and How She Got Her Wealth

In addition to her established acting career, Reid is also a known movie executive producer and has produced a number of projects, including:

Moreover, Tara has earned income from her various appearances in product commercials and endorsements. One of her most notable product endorsements was with Mont Blunt, an e-cigarette organization. The partnership lasted a few months, and Reid parted ways with the company after the sale of the product didn’t rise as expected. The head of Mont Blunt, Michael Friedman, said of ending the partnership, “we hoped that as the brand grew, we would target a different market audience.”

As a model, Reid was featured on the front cover of Rolling Stone, Playboy Stuff, FHM, Rolling Stone, Seventeen, CosmoGirl, and Maxim. In 2009, she created her own clothing line with fashion designer Christian Audigier. She debuted a swimwear and perfume line in 2014, both of which were marketed under the brand name “Shark by Tara.”

Brand Endorsements and Other Ventures

Tara Reid has also grown her wealth by appearing in a number of television commercials for huge brands like Dodo Australia and Crayola. In 2007, numerous reports suggested that she owns shares in 3 major restaurants in Australia.

Although Tara Reid began her acting career as a child, she later became an established American actress/model whose Tara Reid Net Worth is $2 million. Reid rose to fame after appearing in the popular film “American Pie” and many other best-selling films. Her net worth can be attributed to her acting roles, modeling jobs, and professional endorsements, among other investments.