Home
Net Worth
How Rich Homie Quan Achieved a Net Worth of $3.5 Million
Prev Article Next Article 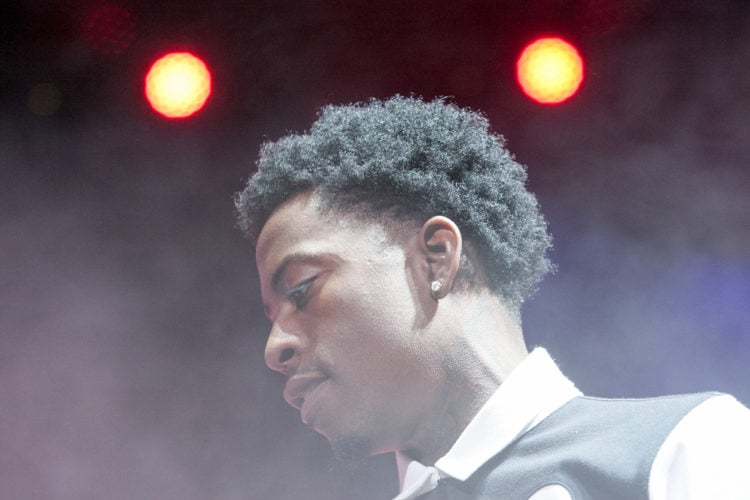 When it comes to lyrical delivery and rapping flow, only a handful of rappers are at the same level as Rich Homie Quan. The Atlanta native has managed to stay relevant throughout his career by switching it up every couple of years and making sure that the music he delivers is some of the best there. That being said, even though he has been able to attain an almost cult-like following and ascertained his longevity in the process, there are still those who have never heard of him, let alone know about his net worth. This article aims to remedy that, so here is how Rich Homie Quan Achieved a Net Worth of $3.5 Million, according to Wealthy Gorilla.

Rich Homie Quan was born Dequantes Devontay Lamar on October the fourth, 1989, in Atlanta, according to Wikipedia. When he eventually enrolled in school, his favorite subject was literature, and he did enjoy the creative writing classes that the school offered. This was very important in ensuring that the art he put out was quality in hindsight. He attended Ronald McNair Sr. High School, and while he was there, he played baseball for the entirety of four years. He was even, at some point, aspiring to go professional. He played leadoff hitter and center field, and during his freshman year, he played at the varsity level and was even offered a scholarship to Fort Valley State University. He chose not to join the university and instead opted to focus on his passions, which at the time was music. Since he wasn’t making a lot of money off music, he took up a job at a nearby airport.

The trouble with the law

When he lost the job he had gotten at the airport, Quan decided to turn to illegal activities to supplement his income. The main one was burglary. The said activities eventually led him to brush shoulders with the law, and he was eventually sentenced to 15 months in prison. After he got out of jail, he says, he began to take music seriously, and the more effort he put in, the more he saw his dreams and aspirations come true.

He began and continued to put out his own music. In 2012, he released a song called ‘Differences’ which was the first single off the ‘Still Going In’ mixtape. This was of huge success, and the following year, he went on tour with Trinidad James. He was also featured on ‘Trap House III,’ an album by Atlanta legend Gucci Mane. He would go on to release a single called ‘Type of Way,’ which, up to the time, was his biggest success. The song itself picked at number 50 in the Billboard top 100, which was a huge achievement. The New York Times did an article about him and stated that he was part of an upcoming generation of rappers, mainly based in Atlanta, that can deliver melody and heart in their songs. ‘Type of Way’ was part of the ‘Still Going In (Reloaded)’ mixtape, and Rolling Stone ranked the mixtape as the tenth best mixtape that year, 2014. During this time, he made a part of his 3.5 million net worth. Around this time, he was not only one of the most well-paid artists in terms of performance, but he was also independent, meaning all the royalties that his music made went directly to him. In August of 2013, the single ‘Type of Way’ was released by Def Jam Records to iTunes Store. At the time, it was speculated that he had signed to Wash House Entertainment, but that was not the case. He was still independent, meaning that all the money gained off his music was his, and he did not have to split it with any label.

He was featured on the song ‘My Hitta’ with YG and Yeezy. The song was a huge success, which was reflected on the charts. It picked at number 19 in the Billboard Hot 100. At the time, he was still independent, so all the hits he was pumping out were directly responsible for his net worth. His next mixtape, ‘I promise I’ll never stop going in,’ was released on November the 26th, 2013. After releasing it, the Michigan State Spartans took up ‘Type a Way’ as their anthem at one point in time. Quan joined them on the sidelines with the green jersey in singing the anthem.

Signing with a label

Quan eventually ended up signing with the label ‘Think it’s a Game.’ However, the relationship did not end up going well. In 2016, he sued the label for unpaid royalties, with him claiming that the royalties were worth up to 2 million dollars, according to Hot New Hip-hop. The label counter-sued him, stating that there was a breach of contract. The matter was settled out of court, and it is believed that he got a hefty payday after. The said payday also contributed immensely to his 3.5 million dollar payday. He is now signed to Motown.

After taking a break in March of 2017, Quan decided to make his comeback since releasing the single ‘Replay’ in 2016. He released the mixtape ‘Back to Basics’ on April the 14th, 2017. The mixtape was a success, but not the same as his other works. He eventually released his debut album ‘Rich as in Spirit’ on March the 18th, 2018. The album was supported by two songs, ’34’ and ‘Changed.’ It, too, was a success, but not the level of his previous work.

On may the 6th, 2014, he had a bit of a health complication while filming a video with fellow rapper Problem. It was reported at the time that he had had several seizures before dropping and fainting as a result of intake of drugs. However, he later cleared up the air by saying that he fainted due to fatigue.

On September the 29th, 2014, Rich Gang, a compilation of artiest that were either signed to or managed by Young Money Cash Money Billionaires, released the album ‘Rich Gang; Tha Tour Pt. 1’. The album was a huge success, and it not only earned him more fame and popularity but it also ensured that he got paid handsomely. Again, this too was a huge contributing factor to his increase in wealth and contributed immensely to his 3.5 million dollar net worth, especially after the success of the song ‘Lifestyle.’ On April the 1st, 2015, he released the song ‘Flex, Ooh, Ooh, Ooh’ on YouTube. This is one of his most successful hits, in terms of units sold and in popularity garnered.

On May the 28th, 2017, he was arrested after being stopped at a checkpoint for felony drug charges in Louisiana. Police at the time claimed that they found him with heroin, marijuana, and other drug paraphernalia. He was charged with drug possession with distribution intent.