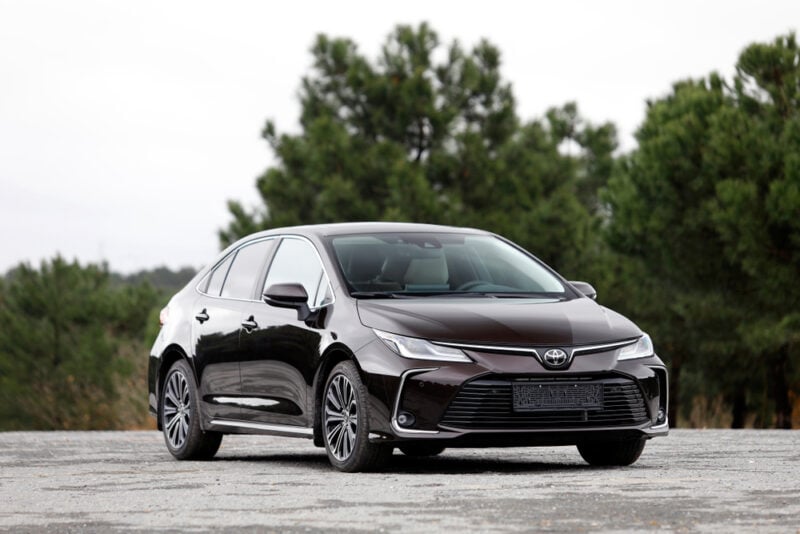 Shopping for a used car should not be hectic at all. This is especially true when you lay your hands on a used Toyota Corolla. When talking about a favorite car on earth, most people will hardly miss out on the Toyota Corolla. This car has been the best choice for millions over the past decades.

The reliability rating of the Toyota Corolla has been estimated at 4 out of 5 by different review sites. The car is considered above average, ranking 8 out of 32 cars within the same category.

According to Motor and Wheels, the performance of the Toyota Corolla has held up so well over the years. It is, therefore, an affordable option for first-time car buyers or people looking for used cars. If you maintain the vehicle according to the prescribed schedule, the car will last up to 300,000 miles.

The worst years for a used Toyota Corolla

Despite the Toyota Corolla model of cars being among the best-selling, some model years did not measure up. Among the most reported issues reported with the worst-year models include excessive oil consumption. Some models are reported with transmission issues. Most people also encountered cooling issues from failures of the water pump. Below are some of the worst years for a used Toyota Corolla.

According to Motor Biscuit, the issue became a concern, with people claiming that the model used more oil than it did on gasoline. Upon repair, users claim that this issue fades away for a short time before returning to its original state.

This Toyota Corolla model had a major overhaul from 2001 through 2005. For that reason, it encountered several problems which raised eyebrows. The National Highway Traffic Safety Authority (NHTSA) was examined to investigate the many concerns about the 2002 Toyota Corolla model. In particular, they were expected to look into the model’s airbags and engine.

There have been complaints about engine problems that included excessive oil consumption, engine tapping problems, buzzing noises from the engine when accelerating, and general engine failure. Another commonly reported issue from this model is excessive oil consumption. This is an expensive issue to repair and happens when a vehicle has happened for more than 97,000 miles.

All these issues came about after driving for 116,000 miles. Repairing the problems requires about $2830. The reports of airbag and seat belt malfunctions also resurfaced. Collisions that resulted in 44 injuries, it was discovered that the airbags never deployed.

The 2009 Toyota Corolla has received a considerable number of complaints, according to CarComplaints.com. For that reason, this is among the Toyota Corolla models you should avoid. As we can expect, the main issues revolve around its engine and excessive oil consumption.

On the severity rating, this issue got a rating of 8.6 and occurred when the auto drove for 100,000 miles. The bad thing about this issue is that it could cost about $4,500 for repairs or even more.

We cannot hide the fact that this issue affects the reliability of the 2009 Corolla. Excessive oil consumption will lead to frequent oil changes and unending trips to the mechanic.

Users have also reported that the 2009 model has loud noises from the engine. The water pump for the cooling system might also fail and require replacement. The severity rating of this issue is 7.2. Electrical issues have also been distributed in this model and the interior accessories.

There are so many complaints about this model, and it has been reported. Among the main issues include its interior accessories that involved an unstable dashboard. From that, users report clicking and rattling noises originating from the dashboard.

According to Torque News, the issues typically happen after 20,000 miles or below. This model similarly suffers from the rough idling engine issue. The problem could eventually lead to loss of engine power at 20,000 miles.

This model has also received issues with its malfunctioning radio. The severity rating for this problem is 7.8. This issue starts when the car has driven for 53,000 miles on average.

At times, the issue affects the GPS and Bluetooth too. There are a few disagreements on whether this is a software, hardware problem, or both. The common solution to this issue is replacing the radio, which will cost you about $1350.

The Best years for a used Toyota Corolla

Now that e are done with the worst years, you should avoid the Toyota Corolla; this has paved the way for the best model years. Below are the best Toyota Corollas that have stood the test of time over the years.

Among the things that make this Toyota Corolla stand out is that the replacement parts are easily accessible. This, therefore, means that maintaining this vehicle is not hard at all. We will miss this model since, as days pass, fewer people are opting for this model. It is, however, considered among the most reliable cars that Toyota has ever manufactured.

Many drivers made remarks about the car’s longevity and reliability. Consumer reviews put this car at a rating of 4.6 out of 5. Owners of the ’97 model have reported more than 200,000miles on their autos. We do not recommend looking for a used 1997 Toyota Corolla for purchase.

All the same, you must be lucky if you have owned one. You will enjoy this vehicle by simply sticking to a regular maintenance schedule.

The 2008 Toyota Corolla model has an impressive consumer score and prides itself on a good reliability record. Even though the model year did not have so many compared with the direct predecessors, the model has earned a spot on the list of the best Toyota Corolla years.

According to Auto Care Aids, this can be witnessed by the fact that it realized a sharp decline in the number of problems and complaints, as evident in the NHTSA data.

Users praise the car for its amazing mileage. You will enjoy your Toyota Corolla ownership if you service the vehicle according to the prescribed maintenance. The only issue with this model is the brakes. That is, however, expected since brakes will wear out after some time. This model has no cases of excessive oil consumption or leakage issues.

The user reviews on Edmunds.com praised the 2010 Toyota corolla for its value, fuel efficiency, and reliability. According to consumer reviews, this vehicle has garnered a 4.2 rating. Everyone would love to have a reliable car. With a reliable vehicle, you will reduce the frequent visits to the mechanic. Additionally, reliable cars minimize costs that keep recurring with no warning.

This car has been praised for its fuel efficiency because it cuts fuel costs by more than 30% compared to other vehicles. Drivers have admitted that they had to top off their gas tanks two times as often as the 2010 Toyota Corolla. J.D Power gives this car a quality and reliability score of 82 out of 100. According to Cars.com, this vehicle has a reliability rating of 4.8 out of 5.

The 2013 Toyota Corolla model stands out for its overall reliability. People have praised it for its quiet cabin. Apart from that, the car grants comfort to the occupants. However, the fuel economy of this model is questionable since its newer models are performing better.

This model, however, brags several modest updates, including changes to its audio system. With a touchscreen display meant, you will appreciate the updated infotainment system.

This year also includes special editions for the S and LE trims with a unique color scheme, among other luxury features. You might realize a hard steering issue, but the dealership should fix the problem if the warranty period hasn’t expired. The 2013 Toyota Corolla model has earned the highest reliability rating of 5 out of 5, according to J.D. Power.

According to the United State News, the 2019 Toyota Corolla has an amazing reliability rating. This model garners a 4.5 out of 5 reliability rating from the J.D. Power automobile dependability research. The features that beef up the 2019 Toyota Corolla include its emergency braking, steering assist, lane departure warning, and forward collision warning.

All these features have allowed the ’19 Toyota Corolla to maintain a competitive edge compared to its rivals. All this is possible as it retains its reliability.

The seats are also regarded as very comfortable for the occupants. The car also prides itself on a roomy interior. Precisely, this contributes more to distinguish the vehicle from its models that only exceed reliability and fail on comfort. The unique features of the 2019 model make it excellent in several aspects apart from dependability.

According to Cmashonda of Winchester, this is a troubling issue and should be addressed urgently before it causes harm. Repairing involves rebuilding or replacing the vehicle’s transmission. That would cost you anywhere between $1200 and $2500.

Excessive oil use- according to the owners of the 2009 and 2002 models of Toyota Corolla, they experienced problems like excessive oil consumption. Some of these users only used their Corollas for less than one month. Among the common solutions to these problems include piston ring replacement.

The most expensive fix will be replacing the entire engine. Some owners have reported that the dealership obeys the standard warranty, but this is subject to the vehicle’s eligibility.

Faulty airbags- the Toyota Corolla has had its fair share of recalls from airbag issues. For instance, there was a recall in 2019 for an airbag inflator explosion. This caused harm by shooting metal pieces at the car occupants. In 2013, Toyota recalled some of its models due to frontal airbags that did not deploy when necessary.

This is the same year that they had to recall some Corollas for faulty SRS (Supplemental Restraint System) circuits that unnecessarily triggered the airbags. 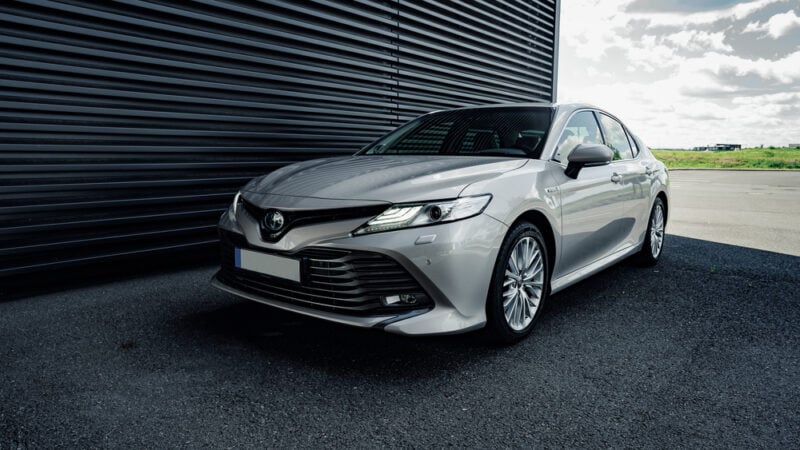 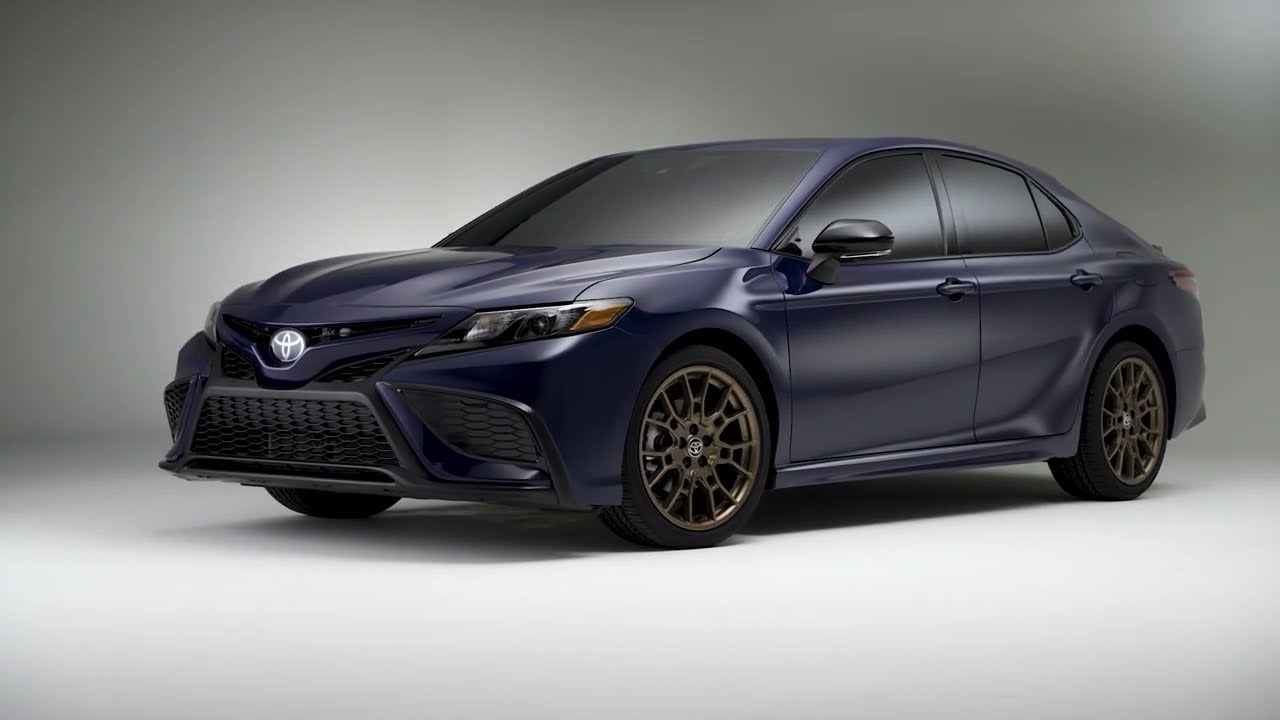 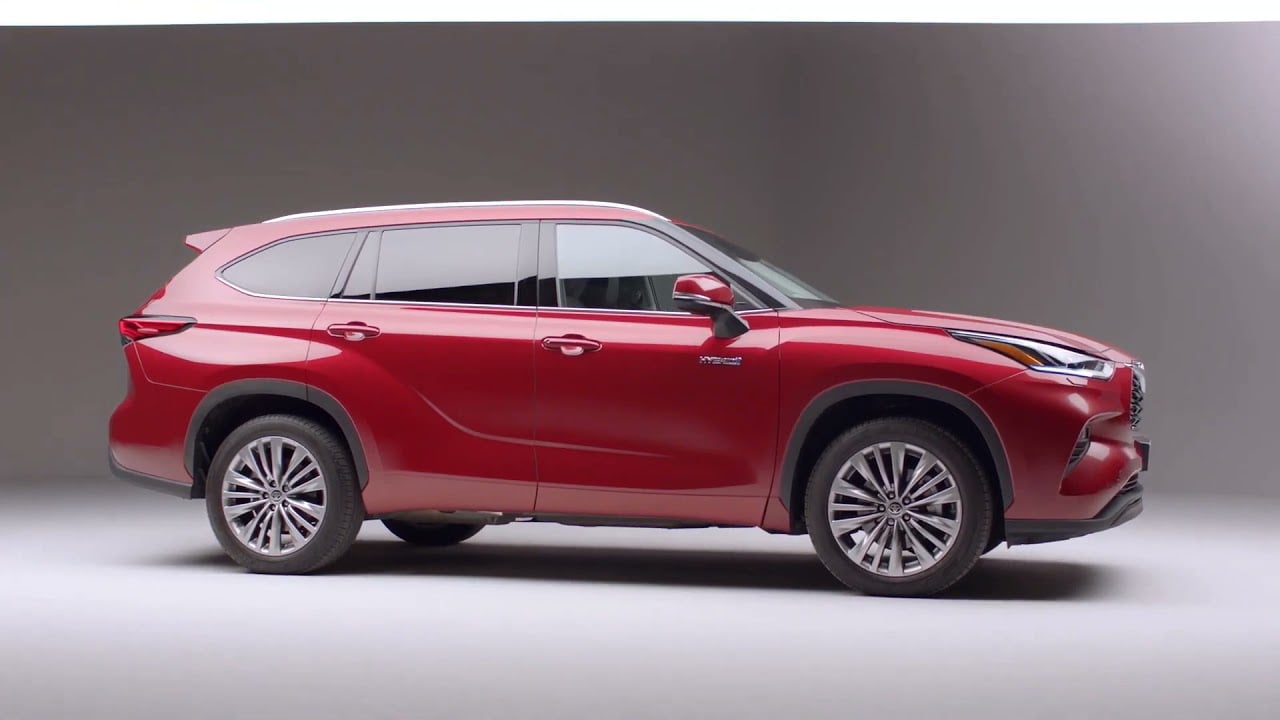 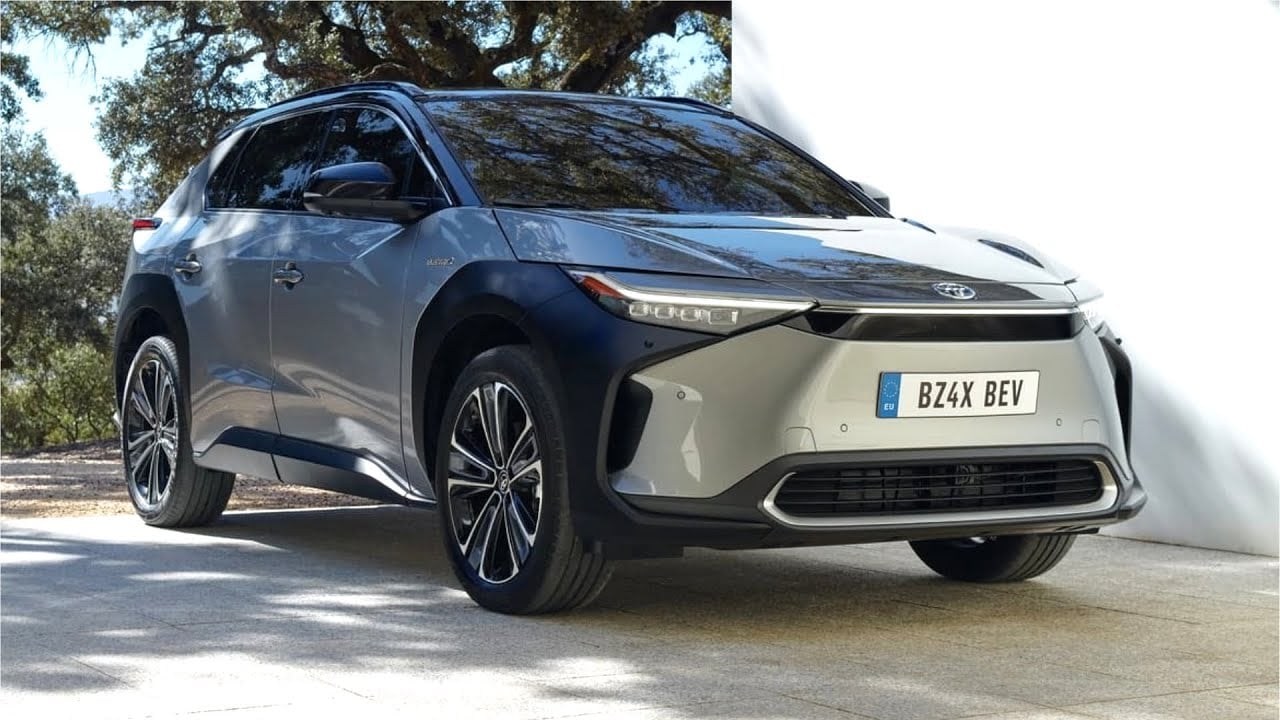 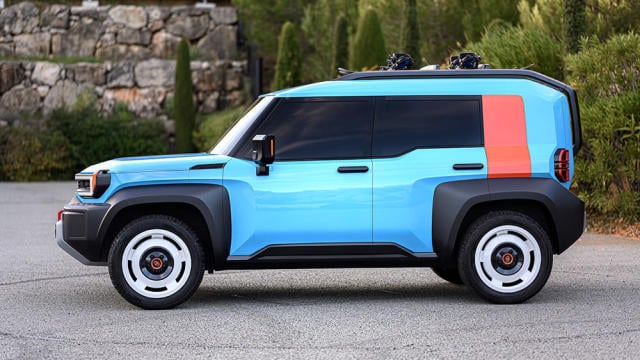 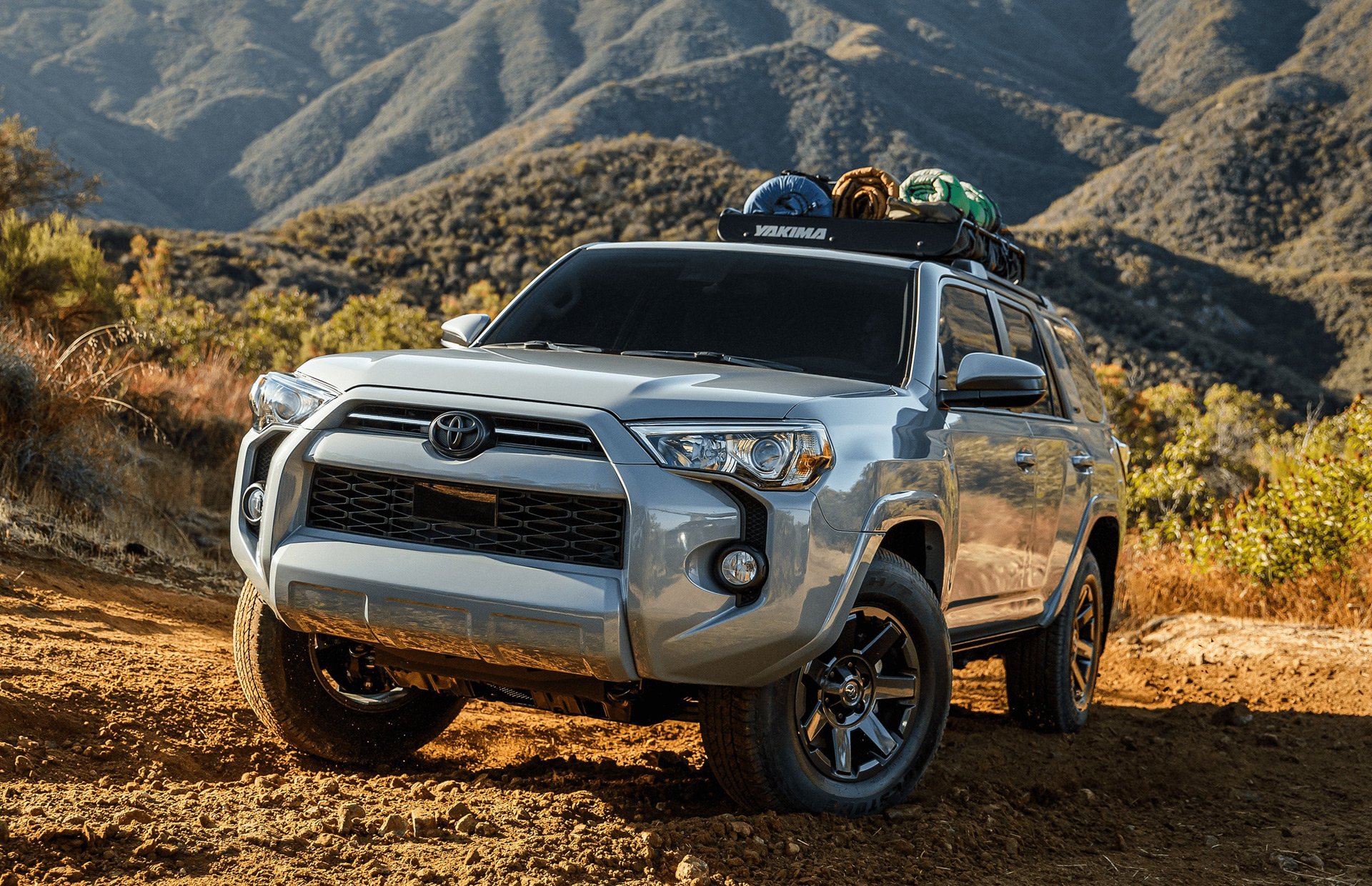