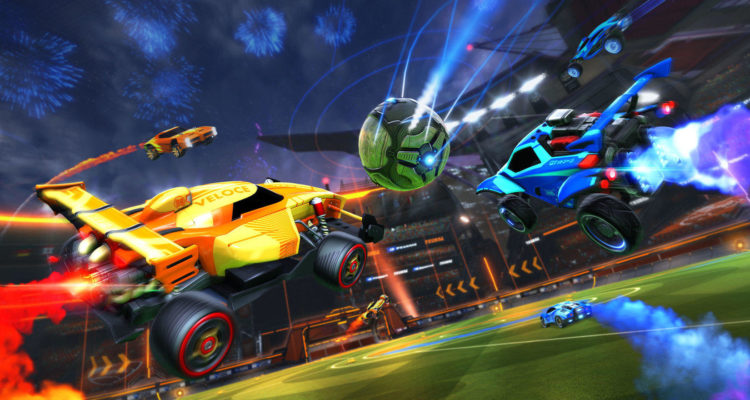 Have you ever heard of Rocket League, a popular video game that’s available on various gaming consoles and different types of platforms that are popular in today’s gaming world? if you have, you probably know that one of the best ways to advance in the game is to have certain items that you have to purchase in the game itself in order to advance in this interactive game. It’s a lot like another game called Skyrim. You can purchase certain items that allow you to do things in the game that you could not do otherwise. The thing is, Rocket League is a very popular video game. That makes the tangible items that you could purchase very expensive, often to the point of causing a virtual type of sticker shock. If you want to know what the five most expensive items for Rocket League are, keep reading. It might surprise you.

In this particular game, you’re able to make purchases based on the number of keys you’ve accumulated throughout the game. In many cases, you can also pay for certain items with crates, but that’s not true in every case. As far as the dragons are concerned, you can get by with spending about 25 to 30 keys. Make no mistake about it, that doesn’t mean that it’s going to be easy to spend that much. However, you have to realize that this is an item in high demand, so if you want it for yourself, it’s going to cost you.

You can spend the same amount and get the Crimson Draco. If you don’t want to give up all of your keys, you can also trade a Nitro Crate for this particular item. You might think twice about the cost of the purchase price here, but if you’re already balking at the cost, you can rest assured that it’s only going to get more expensive from here.

This is where the cost of items really starts to go up, so much so that it can be quite painful. 35 keys is a lot, and even if you can spare that many, it’s likely to leave you with next to nothing when you’re finished. Of course, you could always give up your Secret Santa Crate, but that’s something you probably worked long and hard to get, so it’s not likely to be an easy decision.

You’re probably really starting to feel the pinch now. At 40 keys, you’d better have a lot of keys stocked up if you plan on getting one of these. If you’re one of the few people that have an Impact Crate, you might be able to skirt having to cough up so many keys, but either way, it’s a big cost. Considering the fact that this is one of the most sought-after items in the game, most people are willing to part with whatever they need to in order to get it.

This one is really expensive. It doesn’t matter if you spend 60 keys or pay with a crate, this is a purchase that might leave a bad taste in your mouth for quite awhile. It’s sort of like buying something that you really need in real life, only it costs so much that you agonize over having to spend that much. Chances are, you’ve been saving up in the game just like you would save up in real life, too. Even when you’ve planned for a purchase this expensive for a long time, it still doesn’t make it hurt any less when you actually make the transaction.

One trick to get the items you want without spending so much is to wait around and make deals with people that have what you want. If that’s your kind of thing, great. If it’s not, then you can accumulate as many keys and crates as possible and then trade them in for the items that might help you advance in the game. If you really stop and think about it, this isn’t that much different than real life. You have to find a way to get what you need even when you have to wait in order to do it.