Home
Motorcycles
The History and Evolution of the Kawasaki Ninja H2 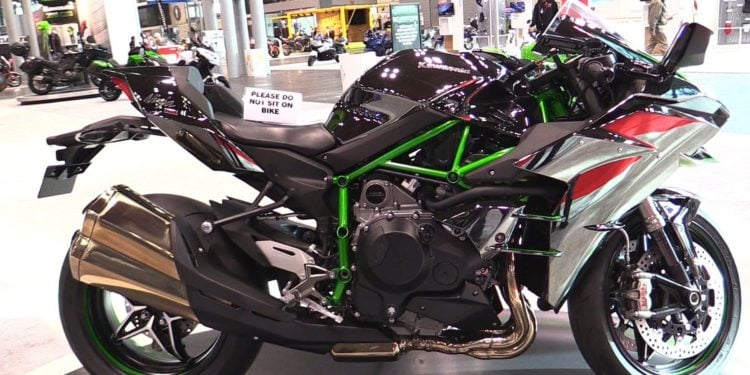 The Kawasaki Ninja H2R was first released in 2015 and continues to be produced today. In the summer of 2015, the H2R was the bike of choice ridden by James Hillier for a demonstration lap. Little did the crowd know that day that this would be the superbike that would reach speeds that topped 206 mph in the Isle of Man’s Sulby Straight. This was just the beginning of the adventures that racers would enjoy seated upon the new superbike. 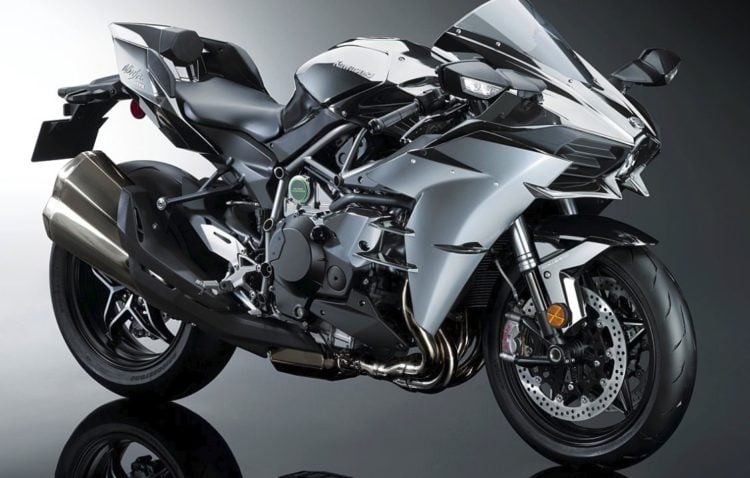 Distinction out of the gate

The New Ninja H2R was born with immediate distinctions that cut it from the herd with an engine that featured cutting-edge performance with a dynamic chassis and craftsmanship precision down to the smallest detail. Its little brother, the H2 was the only production hyper sports street bike in a supercharged edition that was available. The H2R, unlike its near-kinsman, was not made for use on public roads. The Liquid cooled In-line 4, Four-stroke 998 cc engine with a supercharger was paired with a 6-speed transmission. It was born and bred to be a winner and Kenan Sofuoglu kicked the haunches of the H2R equipped with rubber tires specially developed by Pirelli to attempt a top speed. Filled with race grade fuel, he cranked the throttle and hit a top speed of 250 mph and he hit it within 26 seconds, but it was unofficial, only captured by the equipment on his dashboard.

The two-year-old was released with no changes to the Uni-Trak, Ohlins gas charged shock along with the piggyback reservoir. There seemed to be no need for serious upgrades. There was no reason to mess with the perfection of the power output. It was capable of standing on the original build with no apologies needed. 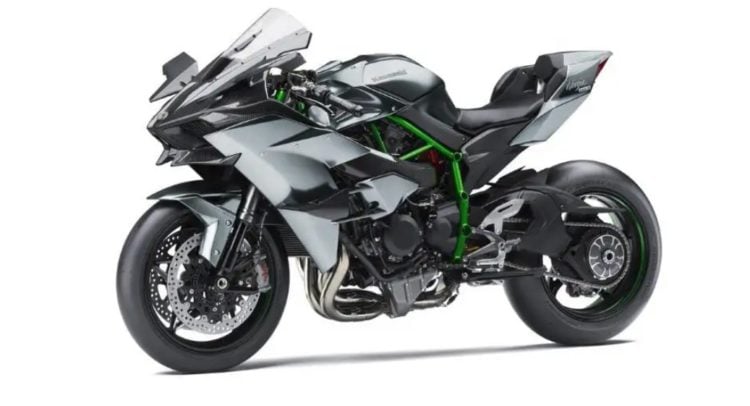 In its third year of production, the 2018 Kawasaki Ninja H2R maintains far more than the status quo because it set the bar high with the first production model. The tradition was carried forward in the 2018 edition which continues to be a hot commodity for track racing enthusiasts. In August of 20108, Shigeru Yamashita took up the cause with the brand factory team and set his own record of 202.743 mph. Unlike the other two, this was made official by the SCTA. Still unsatisfied that he’d seen all that it could do, he gave it another shot in August and achieved a new record speed of 209.442 mph.

The greatest challenge in achieving a top speed has been in the aerodynamics. The right gear makes a big difference in speed and it’s in part, influenced by the design of the machine, for which the H2R is a fully realized machine, but the other part of the equation is the rider gear including helmet, positioning and wearing the right suit for the job. There’s something new coming up for 2019. The Ninja H2 is going to be available in three editions. The Ninja H2, the H2 Carbon and the H2R. The H2R is getting quite a few upgrades with a new filter, plugs and a new intake chamber that they promise will increase the power without sacrifice of the fuel economy. They didn’t stop there. It was time for a few changes and the bikes got a brand new TFT dash that is filled with features including your choice of black or white backgrounds on the four new displays including an economical riding indicator. They also come with smartphone connectivity via a chip placed in the instrument panel that allows riders to access a variety of useful functions via smartphone.

It’s been less than five years since the first Kawasaki Ninja H2R “not made for street use” was made available. Since then, it’s undergone a few recent changes and it’s inspired riders to aspire to new heights and break old speed records. Its personality beckons to those who crave speed and it’s a willing participant in sports racing and from all appearance, it’s just getting started.